The Tibet Himalaya Initiative (THI) sponsored two sessions at Jaipur Literary Festival in Boulder, September 21-23, 2018. "Toppled World: Memoirs of Change" involved a conversation between Philip Lutgendorf and Susan Murphy, who wrote the story of Sudha Johorey, an Indian diplomat's wife in Tibet at the time of the Chinese annexation. Johorey helped to bring out sacred texts and relics belonging to the Dalai Lama after he fled Tibet in 1959.

In "Yashodhara" Namita Gokhale interviewed Vanessa Sasson about her new novel, Yasodhara: A Novel about the Buddha’s Wife, a work of hagiographic fiction that explores scenes in the Buddha's life story from a woman's perspective. Vanessa Sasson also visited CU Boulder on Thursday, September 20th for a CAS Lunch Colloquium about her meticulously-researched novel, co-sponsored by THI and the Department of Religious Studies. 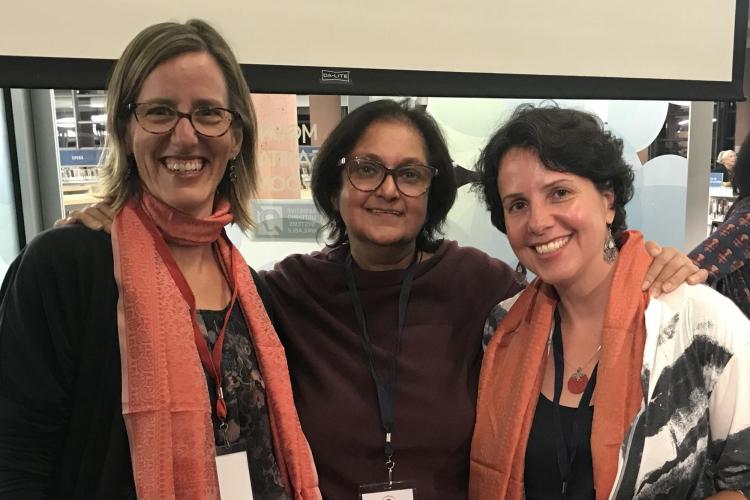