Research on Tibet’s linguistic diversity in the West dates back to at least the mid-nineteenth century. However, a surge in descriptive and documentary linguistics in the twenty-first century has radically altered our understanding of Tibet’s rich and complex linguistic ecology. This presentation will provide an overview of this emerging picture of Tibet as a cradle of linguistic diversity in the heart of Asia. The talk will have two main aims. The first is to present a synthesis of recent linguistic research in Tibet, thus providing some basic background information on how many languages are spoken in Tibet, where, and by whom. The second aim of the talk is to present some new findings about language endangerment in Tibet, and the social, political, and historical processes underlying that endangerment. Taken together, these two aspects of the presentation will provide a new view on Tibet’s linguistic diversity, demonstrating that it is not only much richer than previously thought, but also more fragile.

Gerald Roche an anthropologist and Postdoctoral Research Fellow at the University of Melbourne's Asia Institute. His research focuses on the cultural and linguistic diversity of China's Tibetan regions, and how this diversity is being transformed in the 21st century. More broadly, his interests lie in Tibet's cultural and human geography, early modern and contemporary history, and vernacular traditions.

This event is co-sponsored by the Center for Asian Studies. 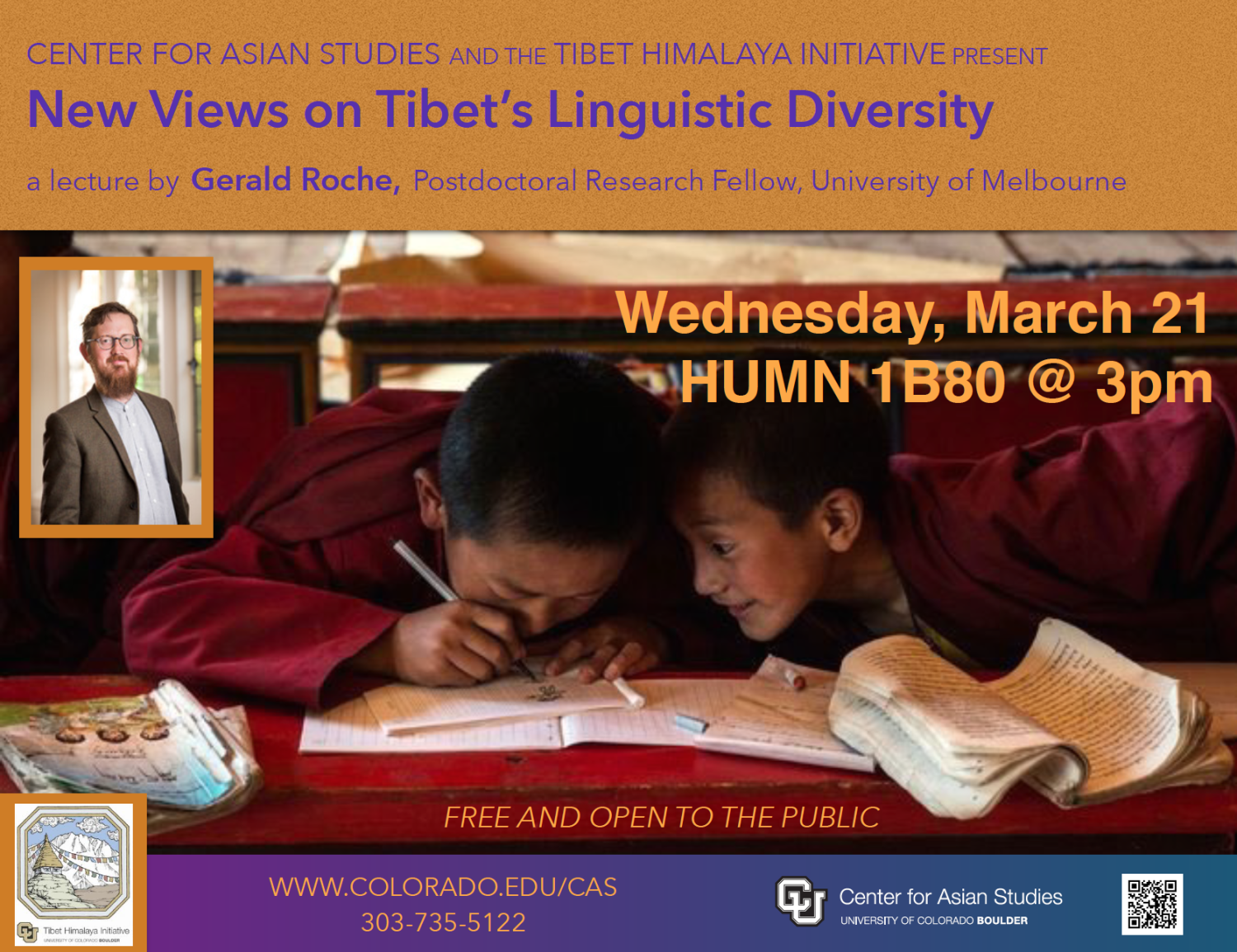