Yuan Hao and Yuan Fei to speak on their experiences and studies at Larung Gar, January 24th at 1pm

Please join us for a talk with Yuan Hao and Yuan Fei, Bhuddist nuns who studied at Larung Gar Buddhist Academy (བླ་རུང་ལྔ་རིག་ནང་བསྟན་སློབ་གླིང་།) with Khenpo Sodargye Rinpoche. They will share their experiences at Larung Gar, from decisions to attend, daily life and program of study, to how Buddhist education is organized, and current events at the Institute. 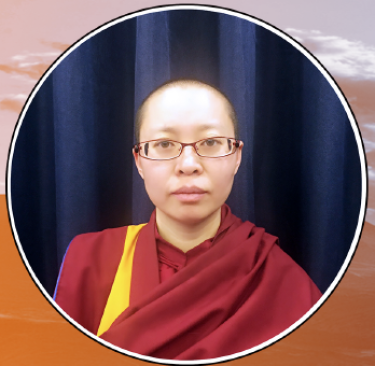 Before becoming an ordained Tibetan Buddhist nun, Yuan Hao completed her Ph.D. and postadoctoral studies in Chemical Engineering in the United States, and worked as a senior systems engineer at an American corporation in Pennsylvania. In 2007, Yuan Hao took refuge, and has since delved systematically into a thorough study of Buddhist teachings as a disciple of Khenpo Sodargye Rinpoche, one of the most influential spiritual leaders of the Nyingma Tradition of Tibetan Buddhism. In 2011, Yuan Hao received her ordination as a Buddhist nun from Khenpo Sodargye, and has since continued her immersion in the study of sutras, shastras, and tantras at Larung Gar Five Sciences Buddhist Academy in China.

Having completed her studies in the Five Great Treatises, Yuan Hao now manages and oversees the important work of Khenpo Sodargye's translation groups at Larung Gar. In addition, she delivers a series of online Dharma teachings to Western Buddhists on subjects including the Heart Sutra, the 37 Practices of a Bodhisattva, In Praise of Dependent Origination, etc. 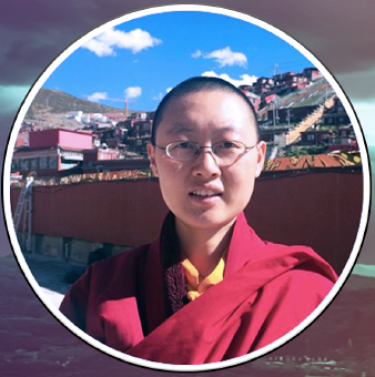 From 2009-2013, Yuan Fei was a college student in International Accounting at the Jiangxi University of Finance and Economics. By the end of 2013, after starting her graduate studies at the University of York (UK), Yuan Fei’s interest in Buddhism was initiated through Khenpo Sodargye Rinpoche’s online teachings. In August of 2014, after attending the Fourth World Youth Buddhist Symposium in Hong Kong, Yuan Fei re-began her formal Buddhist studies at Larung Gar Five Sciences Buddhist Academy where, a few months later, she was formally ordained. She continues to look to Khenpo Sodargye Rinpoche as her root guru and immerse herself in the study of various sutras, shastras, and tantras. Currently, Yuan Fei serves as a member of Khenpo Sodargye’s translation team at Larung Gar.