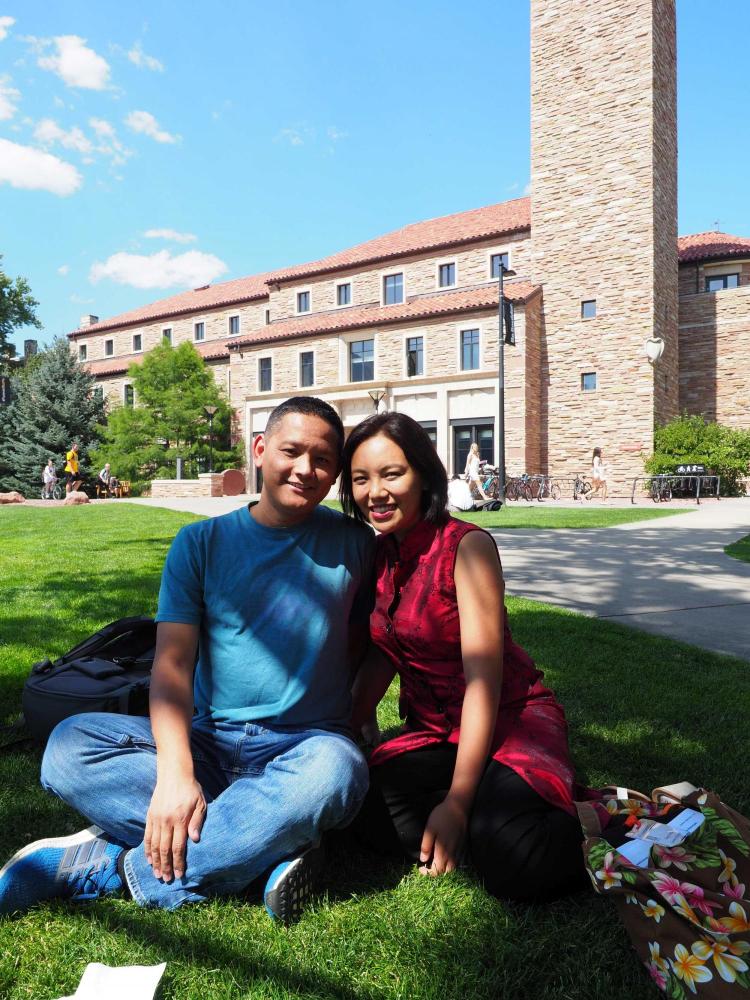 The Tibet Himalaya Initiative at CU Boulder had the honor of hosting the 5th biennial Himalayan Studies Conference of the Association of Nepal and Himalayan Studies (ANHS) over Labor Day weekend, September 1-4. (Scroll to the end of this post for photos from the conference.)

All told there were more than 200 scholars and graduate students from around the world in attendance including presenters, observers, volunteers and guests. Of that,166 shared their cutting-edge research in panels and roundtables spanning a wide range of topics including biodiversity conservation, mobility and citizenship, ritual and ethics, language politics, decolonizing research, climate change, gender, visual culture, poetry and song, health and education in the Himalayan regions of Nepal, Bhutan, Sikkim, Ladakh, and Tibet.

The weekend began with a packed pre-conference event on August 31st, the Trungpa Lecture in Buddhist Studies by Charles Ramble, titled "Tibetan Sacred Landscape: Its Magical Creatures and Where to Find Them." More than one hundred filled the British Studies Room atop Norlin Library to learn about the multivalent and layered cultural meanings ascribed to sacred mountains in Tibet, which Ramble compared to a palimsest. The Trungpa Lecture is a collaboration between Naropa University and the Department of Religious Studies at CU Boulder, now in its fifth year.

The buzz began at 5pm on Friday as colleagues and friends, old and new, gathered in the lobby of Humanities to register for HSC V. Manjushree Thapa opened the conference by delivering a compelling keynote, "The Stories We Hear and the Stories We Don't," about language politics in Nepal and the challenges for recognizing and including its diverse mother tongues into what counts as Nepali literature. Thapa is an acclaimed writer of fiction and non-fiction and a translator of Nepali literature into English. Copies of her translations, published in the literary journal La.Lit were available for purchase at the conference. Sherpa's Restaurant catered the abundant dinner that followed, and conference participants lingered into the night on the Norlin Quad lawn outside of Eaton-Humanities.

On Saturday, Oxford scholar Lama Jabb delivered his keynote, "The Rise, Fall and Vagrancy of a Mountain Deity: A Poetic Account of Tibet," an in-depth analysis of a poem by the contemporary Tibetan poet Jangbu, "The Acts of Nyenchen Thangla" (Gnyan chen thang lha'i le tshan). The lecture explored the enduring role of mountain deities as a unifying mechanism for "sacred territorial wholeness" among Tibetans and linked the mythology of Nyenchen Thangla with the vagaries of Tibetan political history, a literary strategy of narrating the present through the past. That evening, Sienna Craig and Andrew Violet led a tour of the library exhibit, Mustang in Black and White, with photos by Kevin Bubriski on the first floor of Norlin Library. From there, the days to follow were filled with engaging panel sessions and time to connect with colleagues and friends.

Conference participants remarked that they enjoyed "stimulating conversations and good food for the weekend," "excellent keynotes, interesting and informative panels, a good amount of time for informal networking, and plentiful food and drink," and "positive energy, keynotes and panels about which people were very much abuzz," leaving the conference after the final panel sessions on Monday morning "happily filled with new ideas and glimpses into areas of research and storytelling." We appreciate the many expressions of thanks to the HSC V Hosting Team--Emily Yeh in Geography, Holly Gayley in Religious Studies, Carole McGranahan in Anthropology, and Selma (Sam) Sontag in Political Science--with special acknowledgement for Rupak Shrestha, Ph.D. Candidate in Geography, who managed the conference logistics and volunteers! 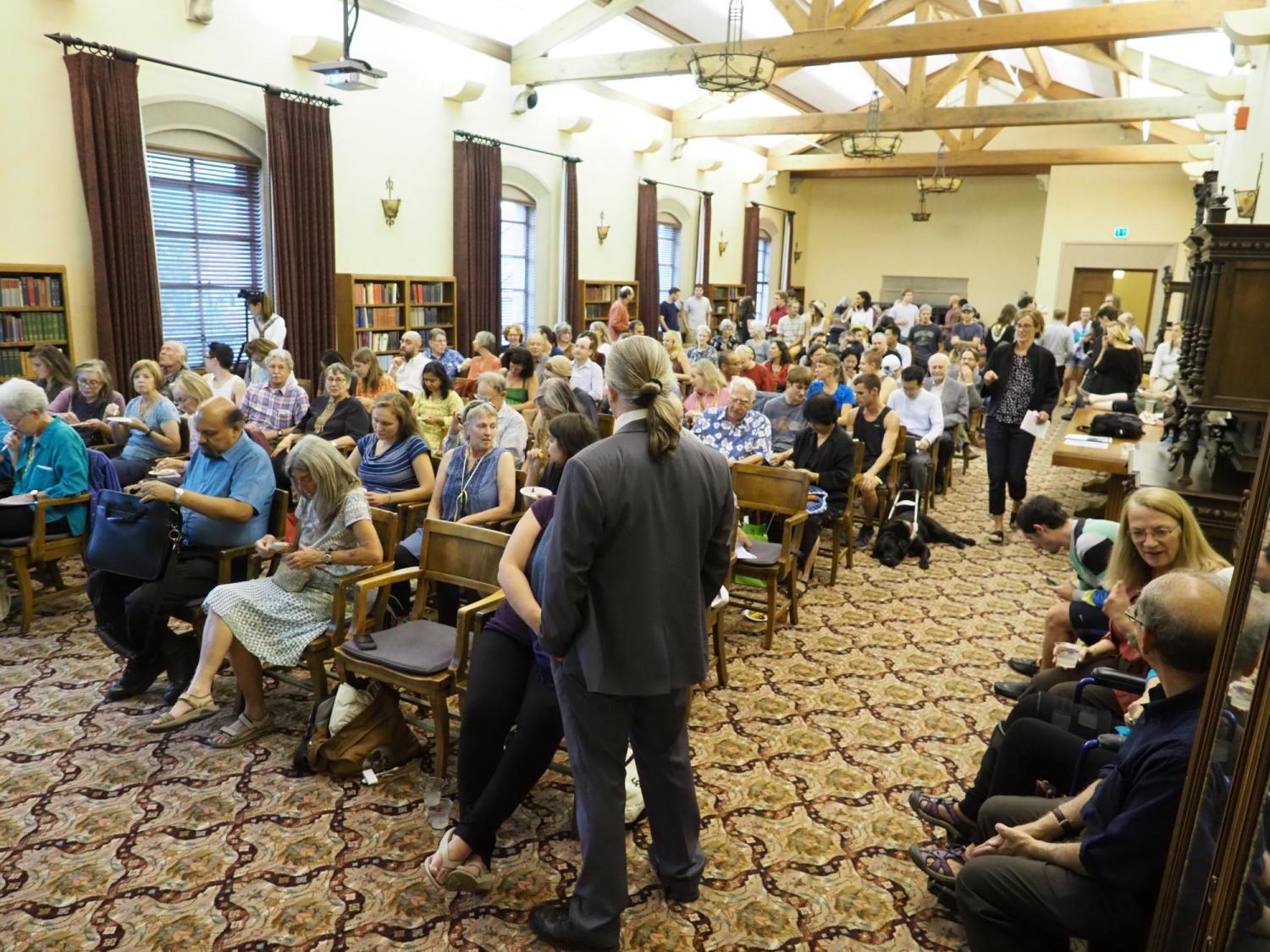 As a pre-conference event, Charles Ramble delivered the Trungpa Lecture in Buddhist Studies, a collaboration between CU Boulder and Naropa University. 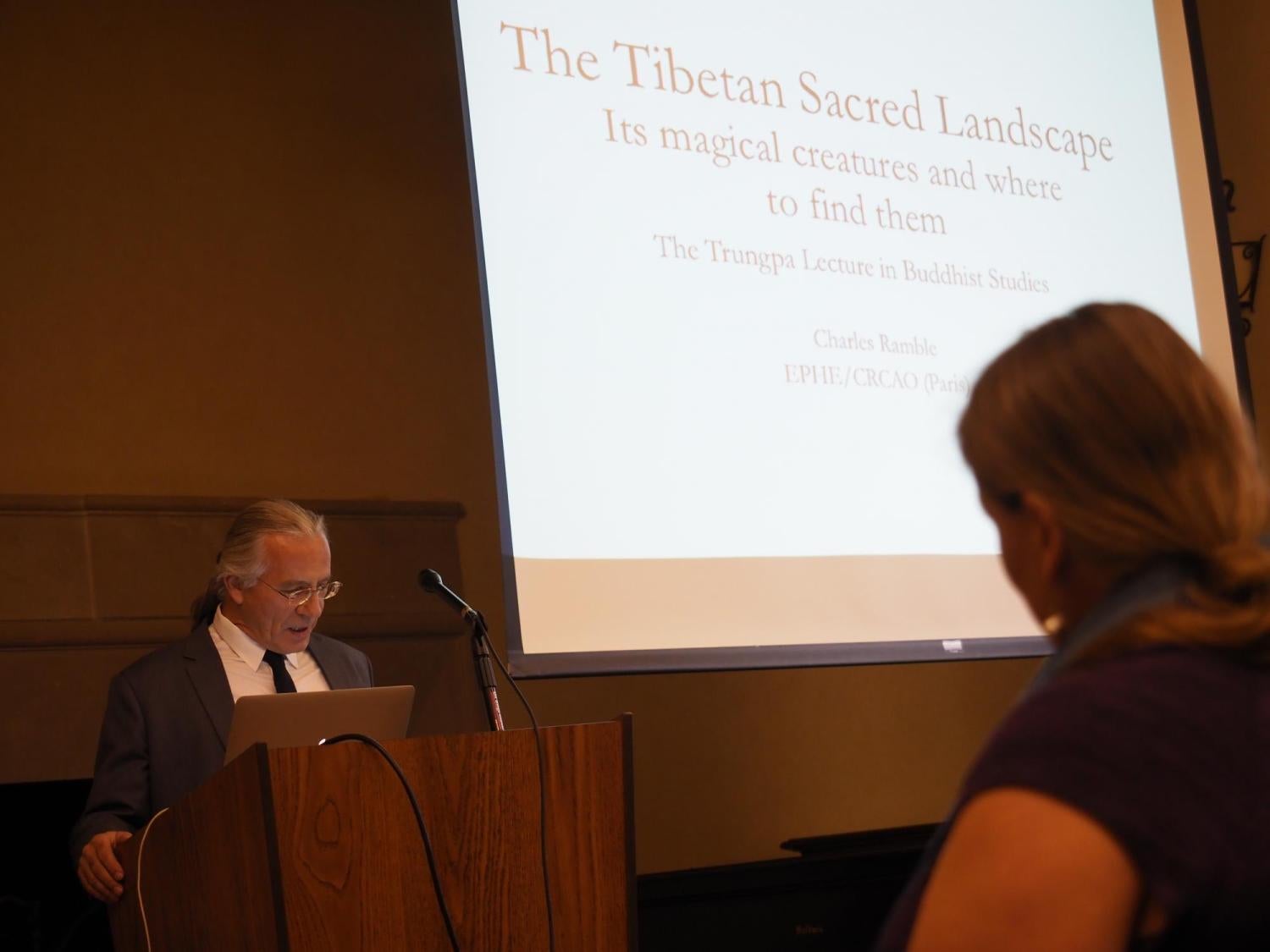 The 5th Annual Trungpa Lecture with Charles Ramble was titled "Tibetan Sacred Landscape: Its Magical Creatures and Where to Find Them." 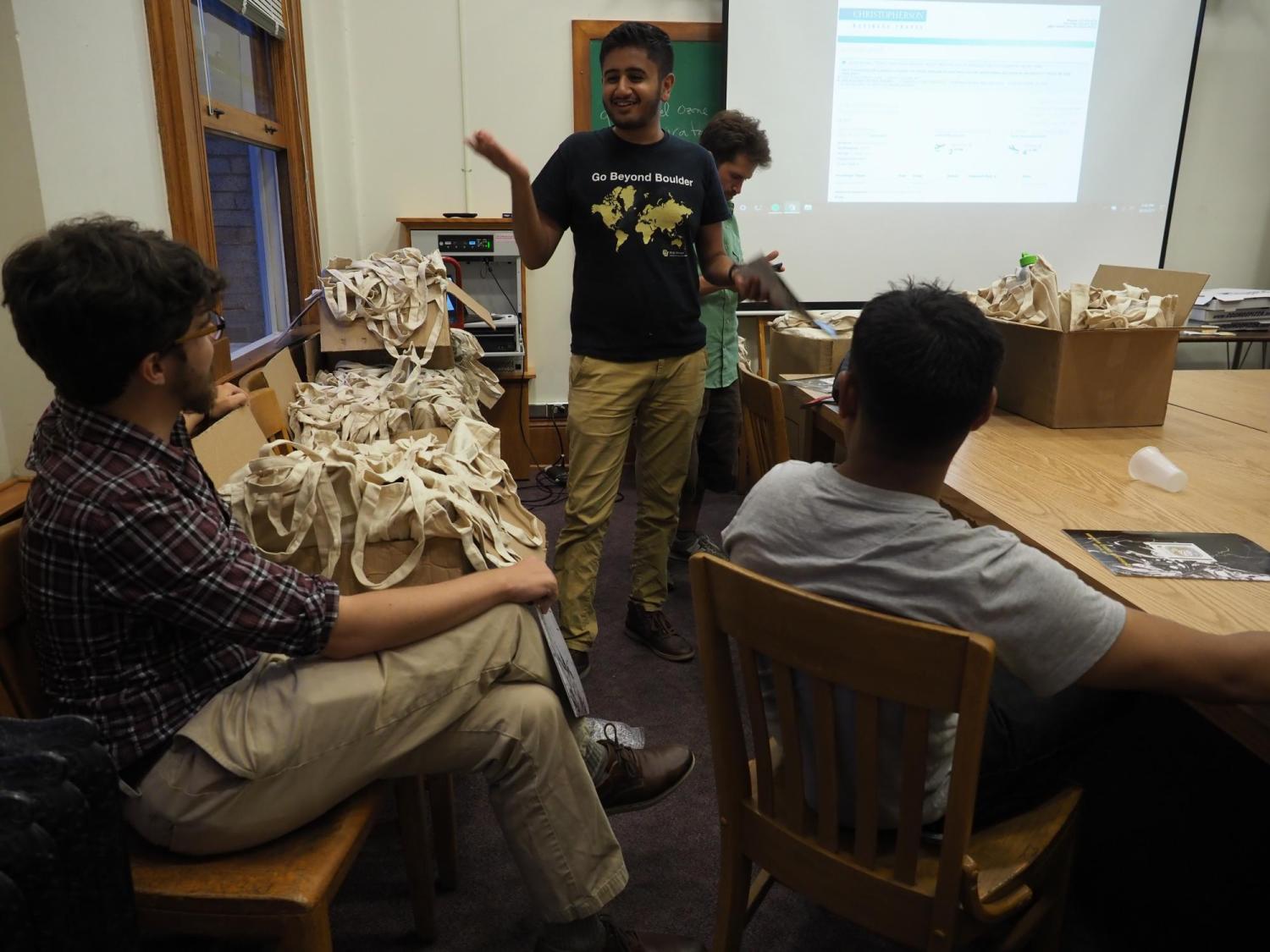 A team of 10-15 graduate students prepared for the conference the week in advance and stewarded the registration booth throughout the weekend. 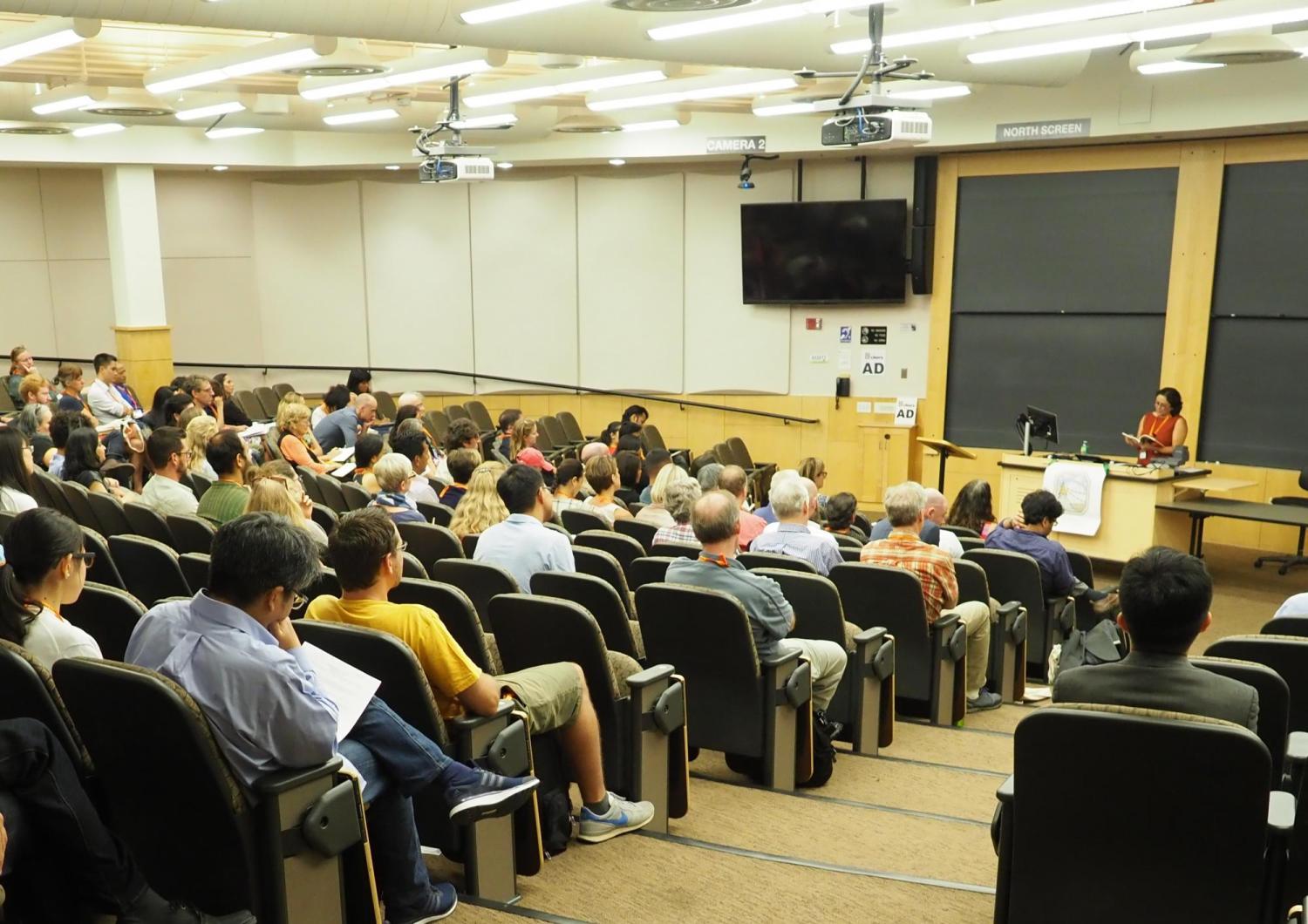 Acclaimed writer Manjushree Thapa delivered the first HSC V keynote, titled "The Stories We Hear and Those We Don't." 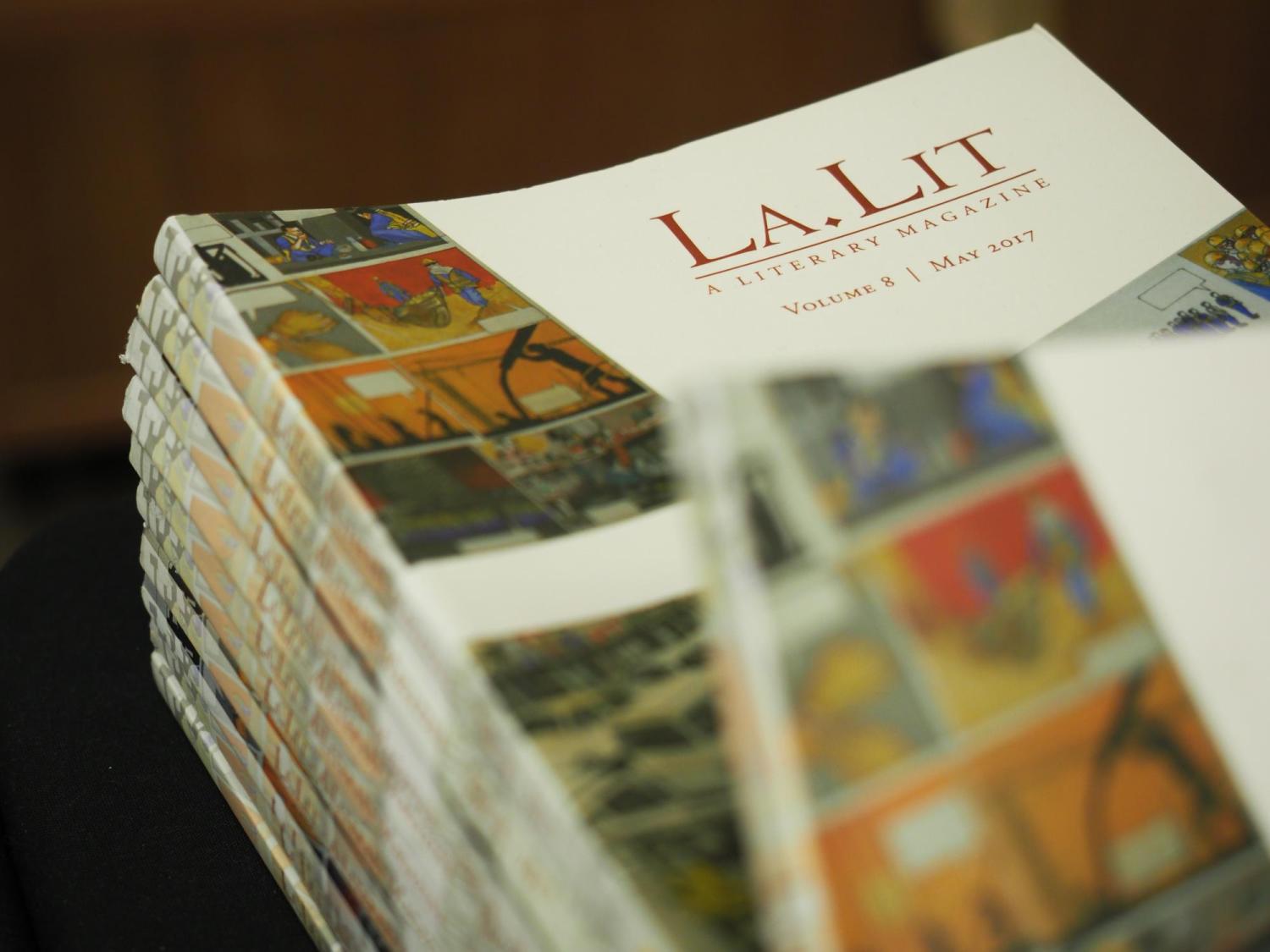 Copies of the Nepali literary journal La.lit were on sale after the keynote with translations by Manjushree Thapa. 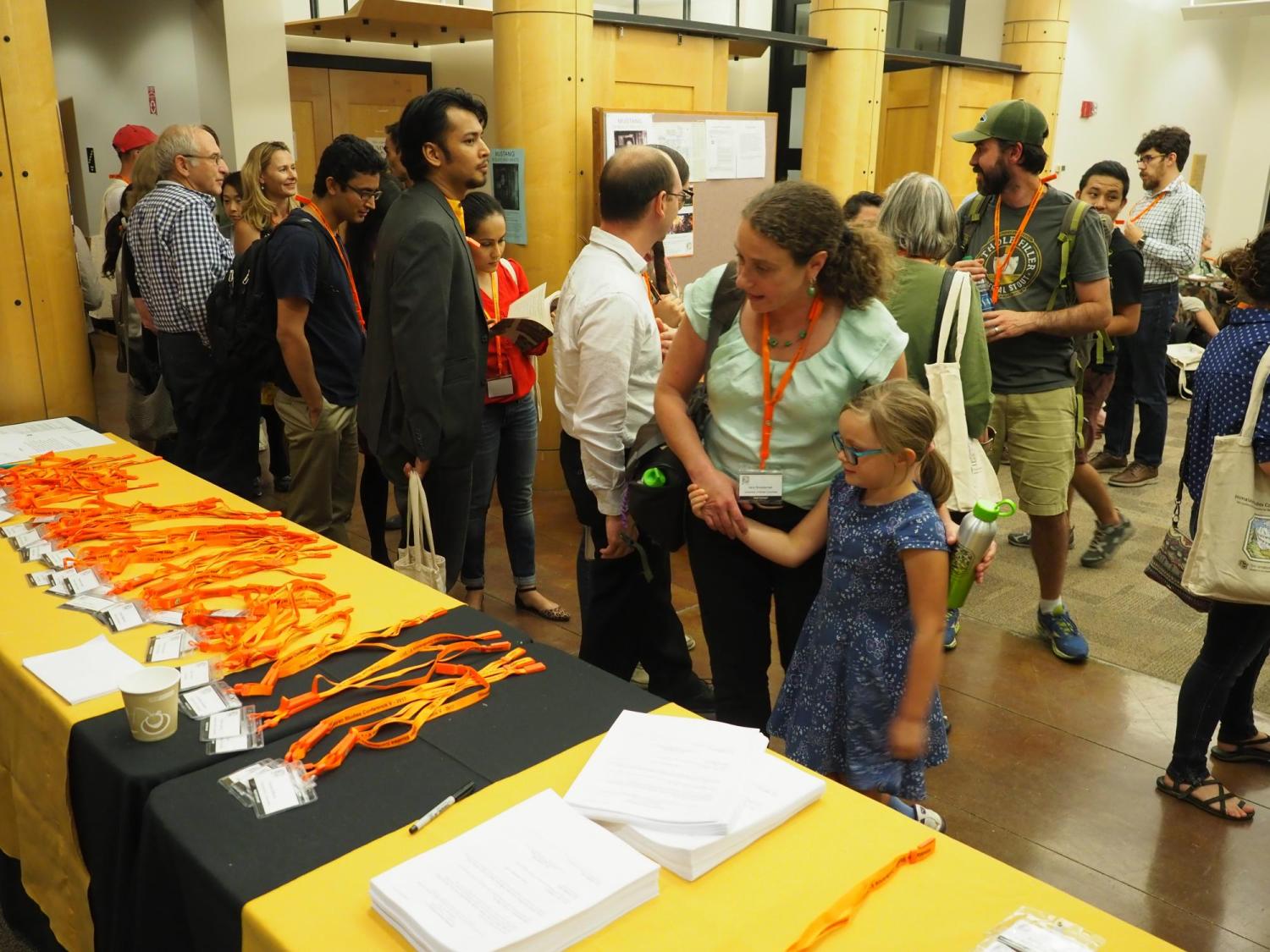 Registration for HSC V took place over the entire weekend with most participants registering Friday night and Saturday morning. 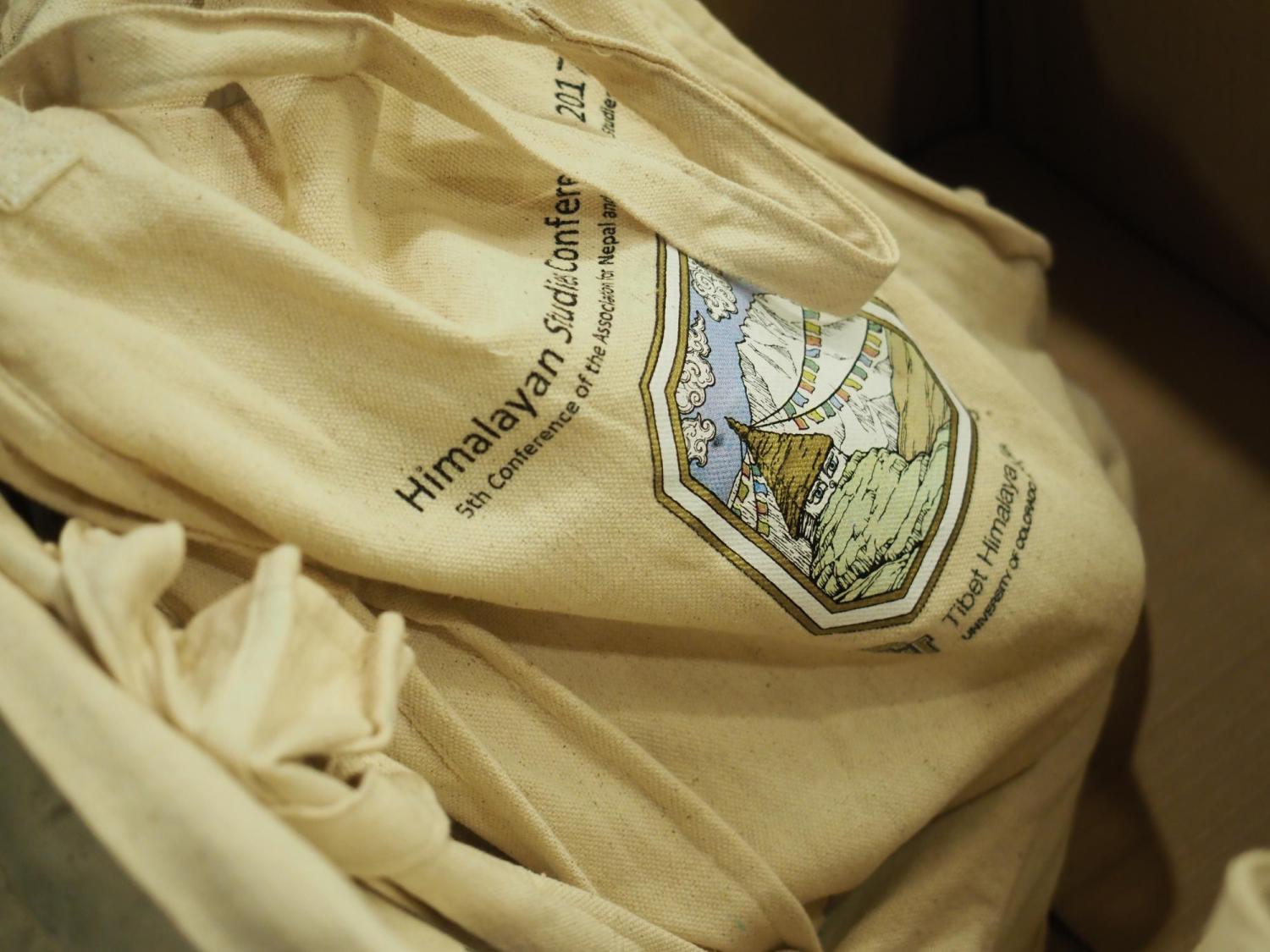 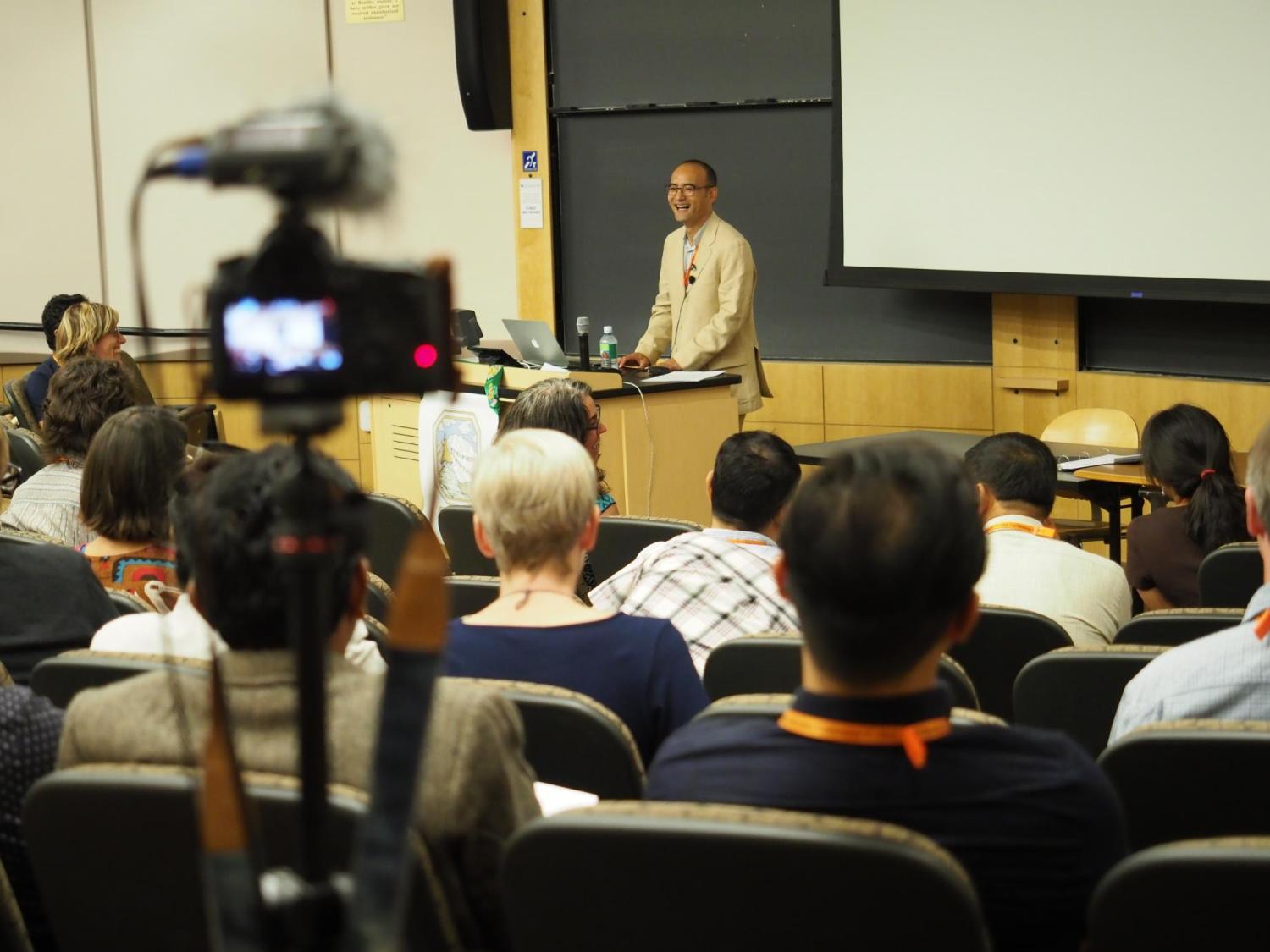 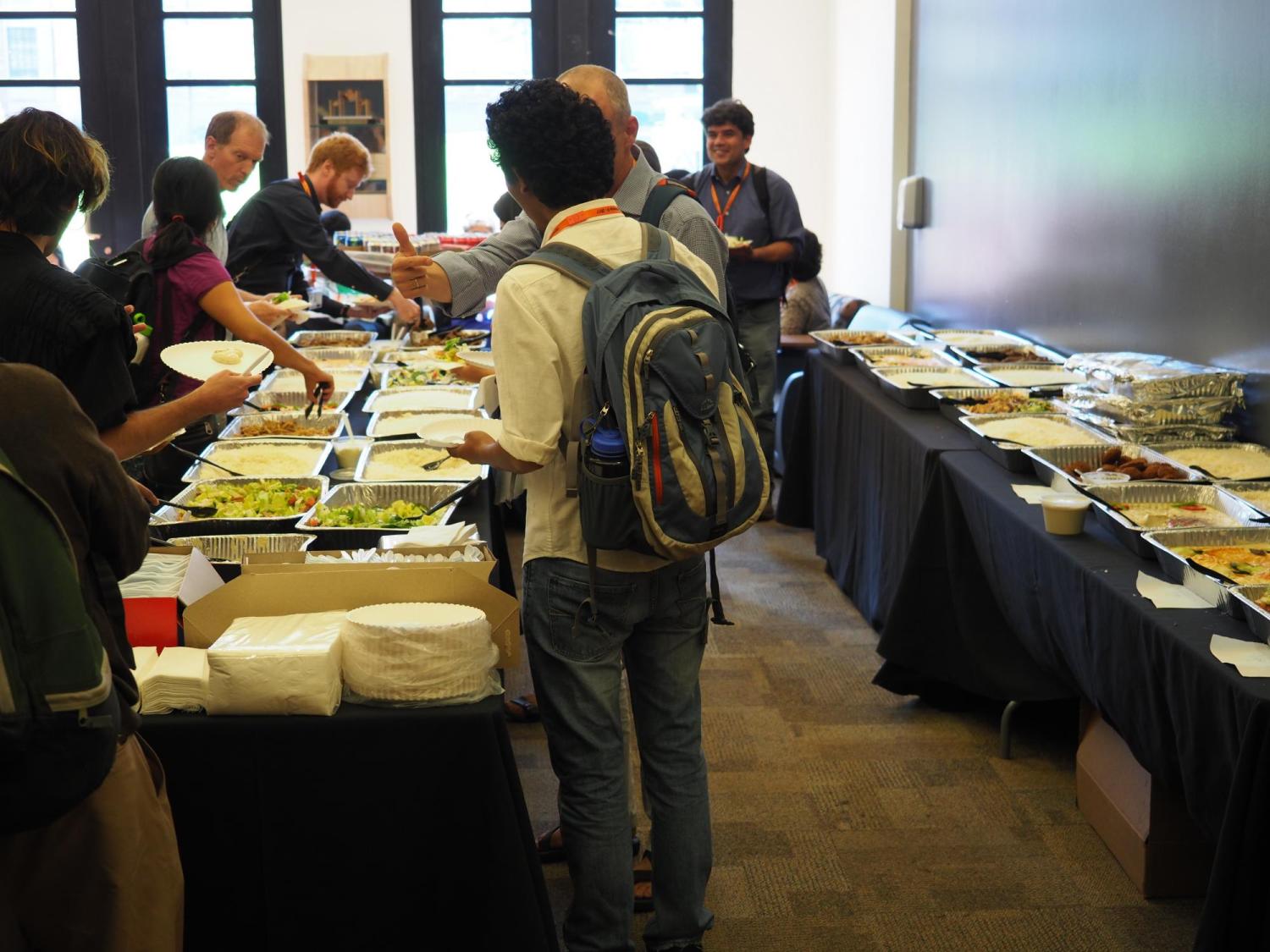 Conference participants filled their plates from the buffet and then picnicked on the Norlin Quad lawn at lunch. 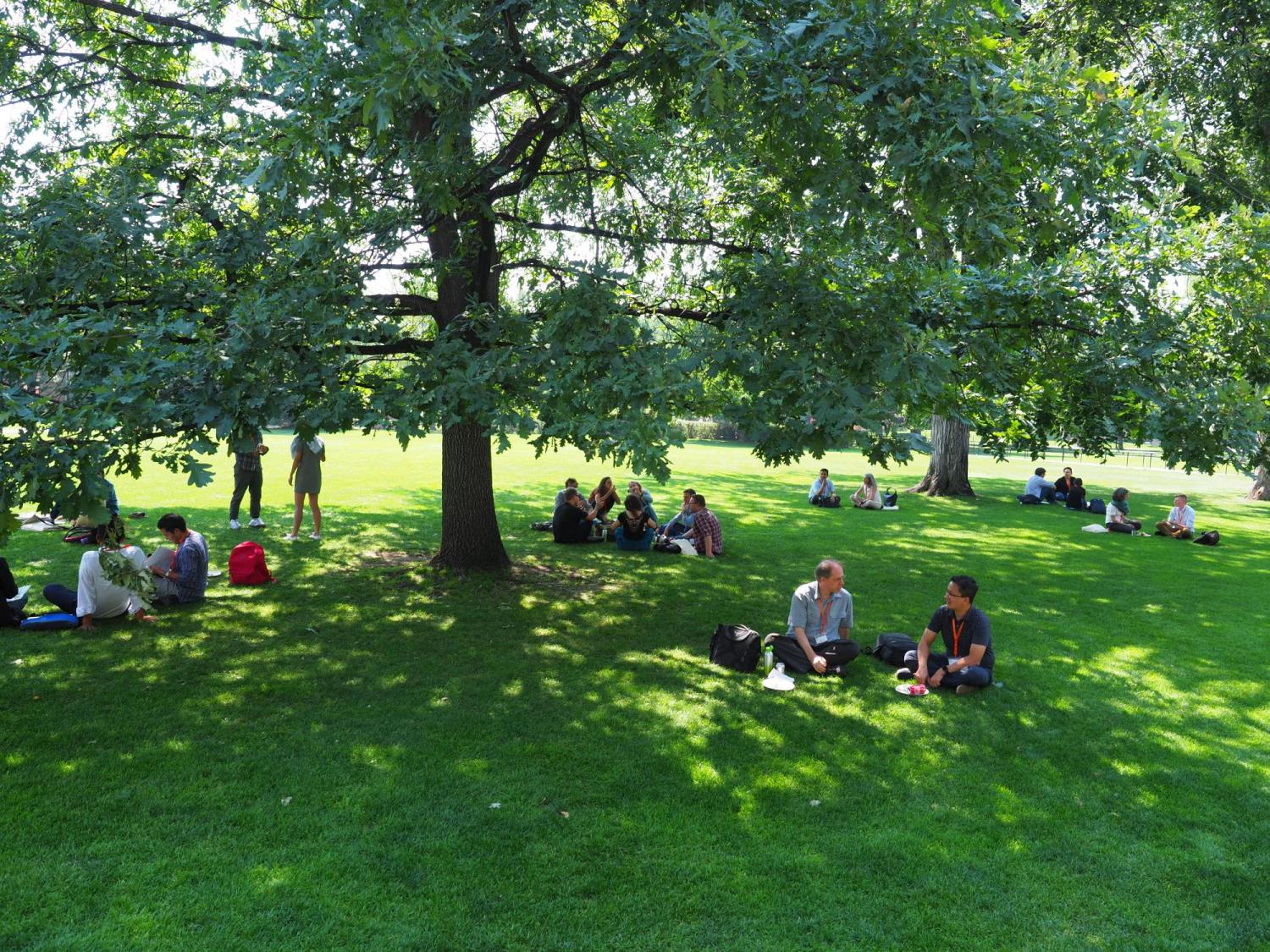 Conference participants enjoyed the Norlin Quad lawn outside of the Humanities building--gathering for meals and conversations at the breaks. 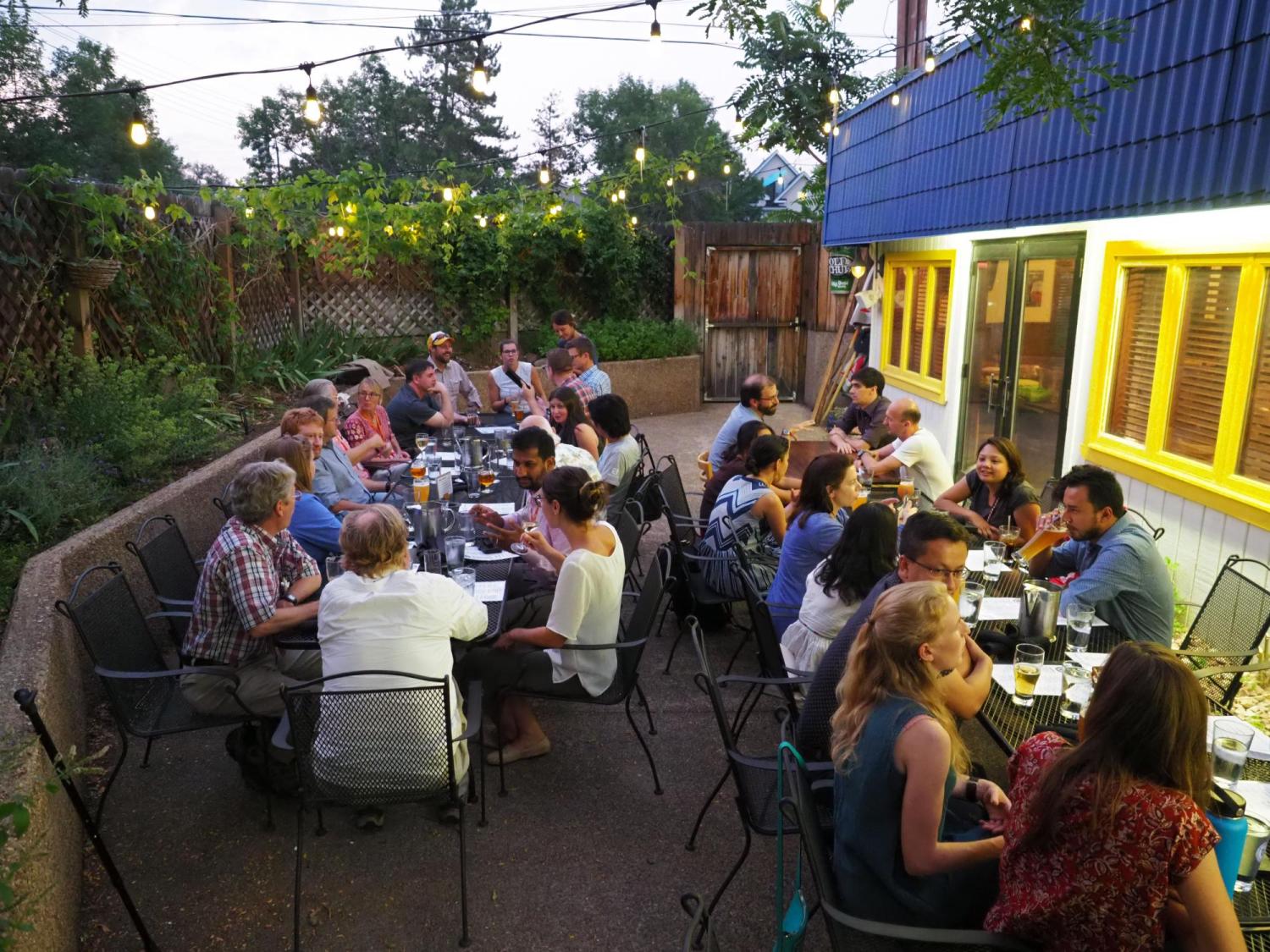 Conference participants went out to local Boulder restaurants in groups for dinners on Saturday and Sunday. 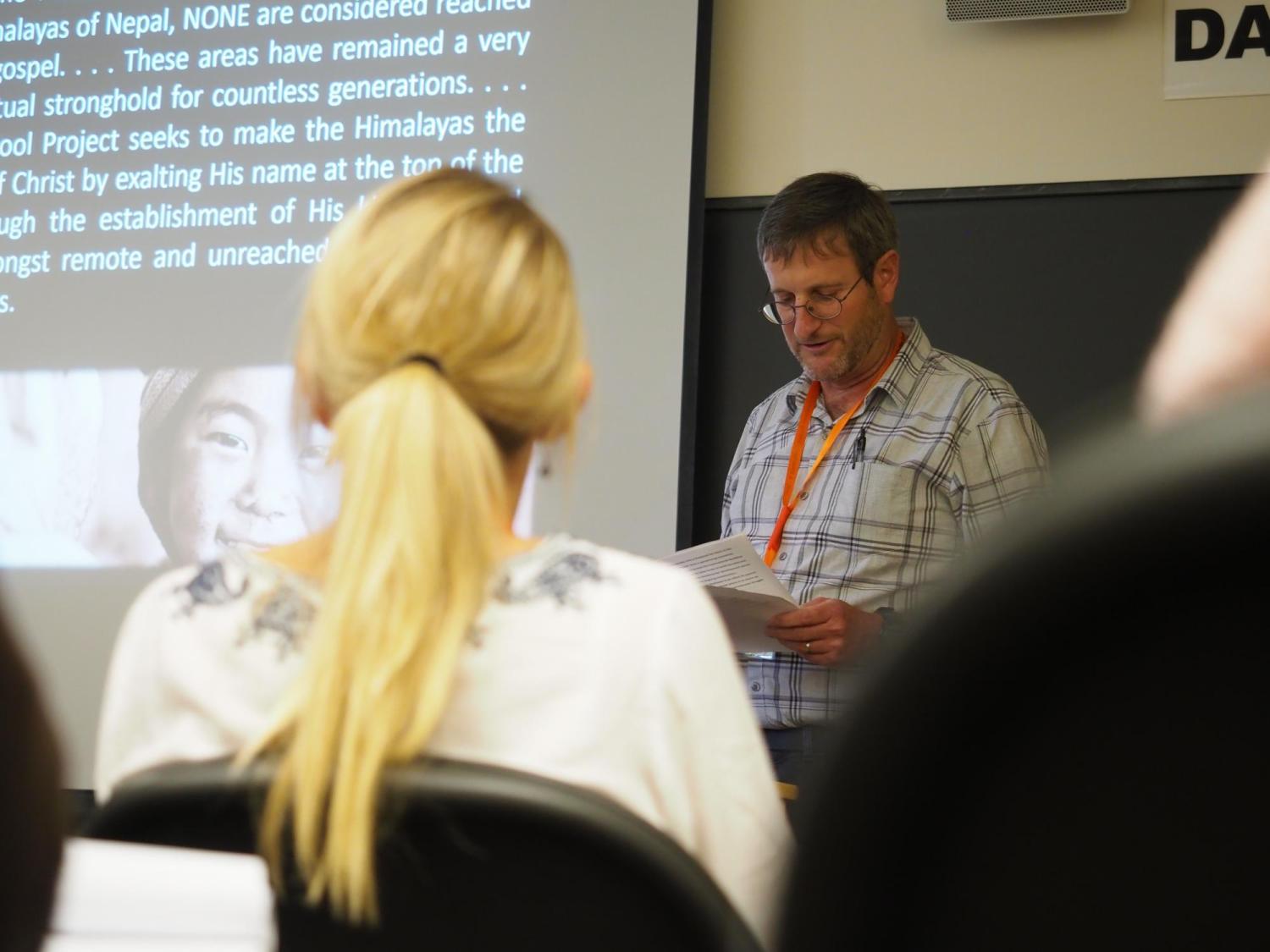 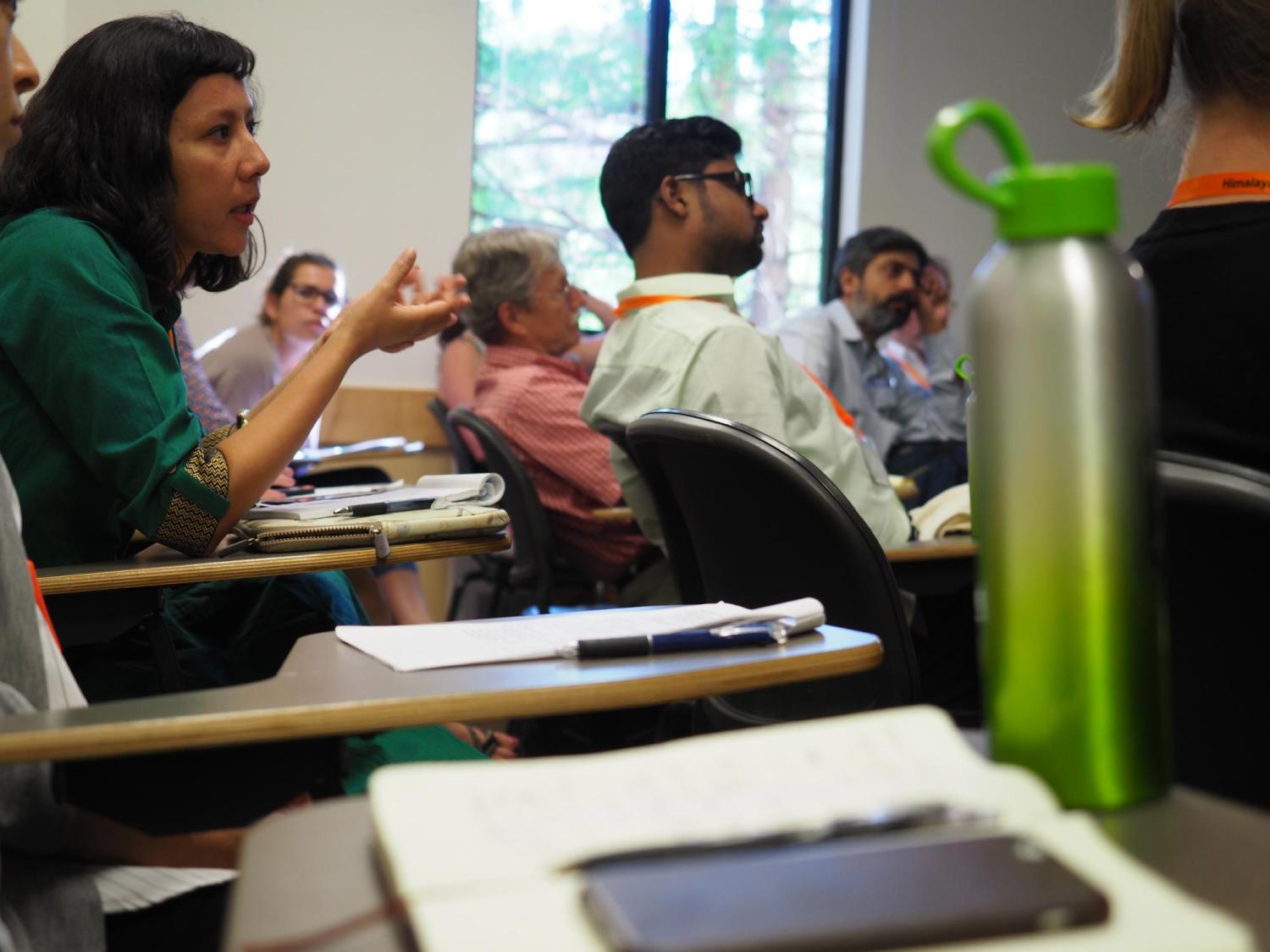 HSC V panels and roundtables included ample time for discussion among the audience about the issues raised by presenters. 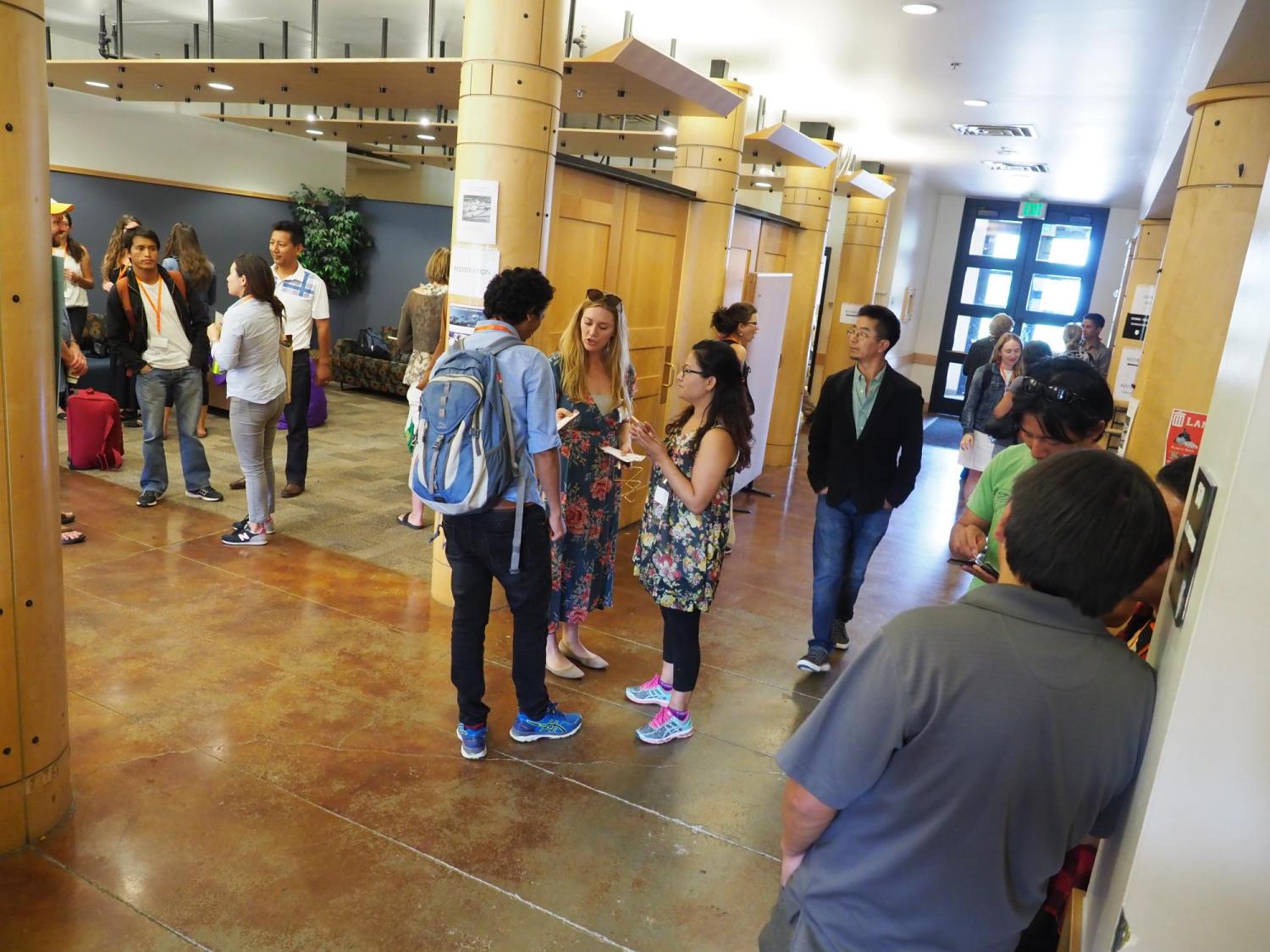 Colleagues and friends mingle on Monday morning as the HSC V conference comes to an end.