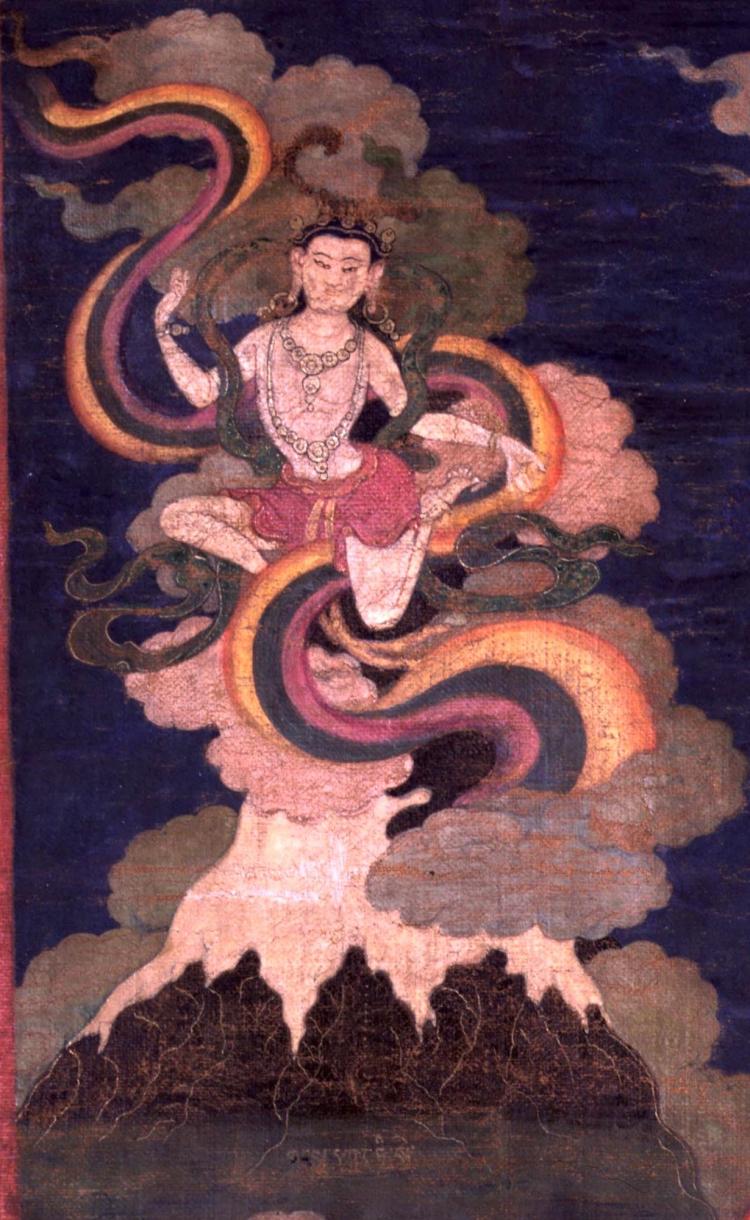 Charles Ramble (Ecole Pratique des Hautes Etudes, Paris) will visit CU Boulder to deliver a lecture on "Tibetan Sacred Landscape: Its Magical Creatures and Where to Find Them."

The lecture will take place at 7pm on Thursday, August 31st in the British Studies Room of Norlin Library. This will be the 5th Annual Trungpa Lecture in Buddhist Studies, a collaboration between CU Boulder and Naropa University. It is free and open to the public.

"Tibetan Sacred Landscape:
Its Magical Creatures and Where to Find Them"

The term ‘sacred landscape’ refers to the natural environment when it is perceived and represented as a supernatural place. The phenomenon appears all over the world, in at least as many forms are there are religious beliefs to generate it. In the case of Tibet, the richness and complexity of sacred landscapes is commensurate with the variety of the country’s dramatic natural topography itself: many mountains are perceived as the divine citadels of one or another of the great tantric divinities, and thousands of pilgrims visit these sites every year in the hope of receiving their healing and empowering blessings. Tibet was not always a Buddhist country, and in the same way as the hostile gods and demons of the land had to be tamed by the pioneers of the new faith, so the old landscape was overwritten with a new script. But if we look in the right places – in early texts, and in the folk traditions of certain marginal communities – the traces of older landscapes and their strange inhabitants can still sometimes be discerned beneath the surface. By teasing apart these different layers, this lecture will try to show something of the complex palimpsest of representations that are imposed on one another to create this fascinating landscape.

Charles Ramble is Directeur d’études (Professor of Tibetan History and Philology) at the Ecole Pratique des Hautes Etudes, Paris, a position he has held since 2009, and a member of East Asian Civilisations Research Centre (CRCAO, UMR 8155, Paris, France, http://www.crcao.fr/). From 2000 to 2010 he was the Lecturer in Tibetan and Himalayan Studies at the University of Oxford, where he continues to hold a position as University Research Lecturer. His publications include The Navel of the Demoness: Tibetan Buddhism and Civil Religion in Highland Nepal (2008), and several volumes in a series entitled Tibetan Sources for a Social History of Mustang (2008, 2016, 2017). His research interests include Tibetan social history, Bon, biographical writing, and Tibetan ritual literature and performance.

Thanks also to all the partners for this lecture: Naropa University, Department of Religious Studies, the CU Libraries, THI and the Center for Asian Studies.