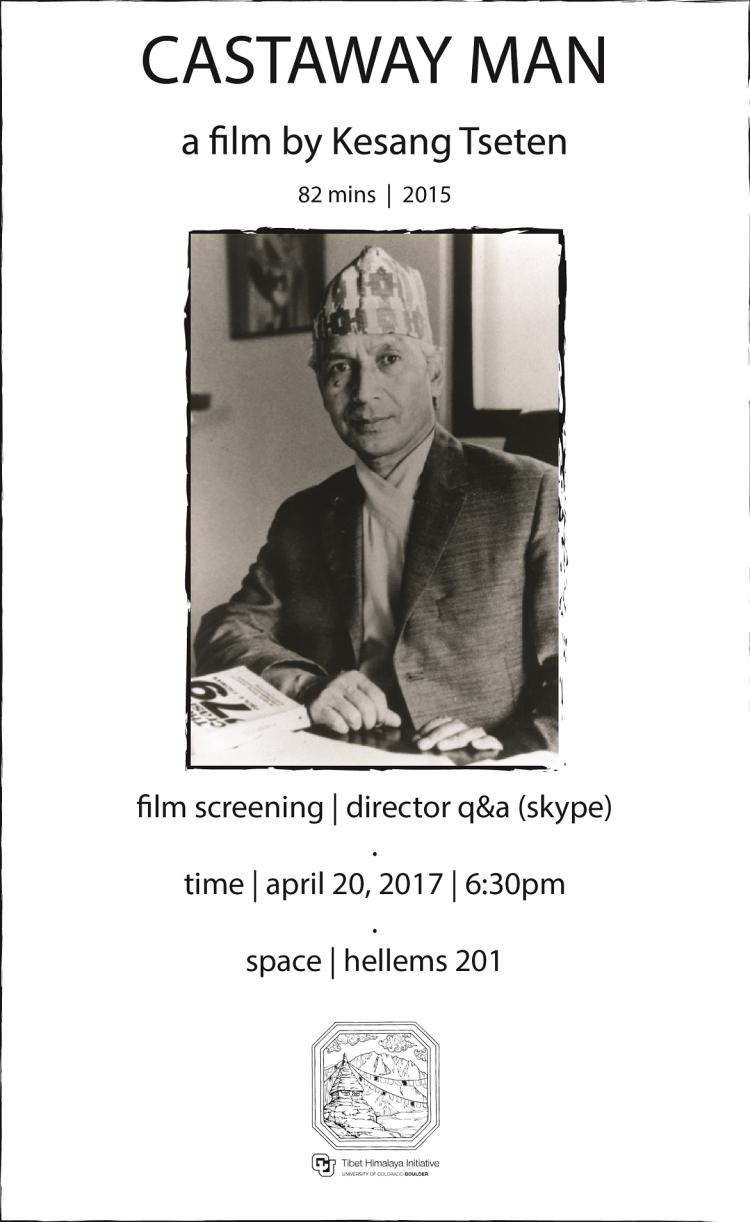 Please join us for a film screening of Castaway Man, a film by the acclaimed filmmaker Kesang Tseten. The screening will take place at 6:30pm on Thursday, April 20th in Hellems 201. A Director Q&A with Kesang Tseten, through Skype, will follow immediately after the screening. The film screening is free and open to the public.

“Dor Bahadur Bista, one of Nepal’s most controversial intellectuals in modern times, disappeared without trace in 1996. Beginning as a field assistant to well-known Austrian anthropologist Fuerer Haimendorf, with whom he had strained relations, he was largely self-trained. He wrote several books, among them People of Nepal (1964) and the controversial Fatalism and Development: Nepal’s Struggle to Modernise (1990).
Fatalism and Development, written in English, argued Nepal didn’t develop because of Bahunbaad or Brahminism, by which he meant the values of fatalism and hierarchy, imported from India’s caste culture, which had eclipsed local more egalitarian value systems. Himself a high caste, his views created acrimony, particularly among other high castes. He moved to the remote western district of Jumla, where he established the Karnali Institute to put into practice his beliefs and challenge the Kathmandu elite. The film tracks his life and beliefs and tries to understand his sudden disappearance.” – Film SouthAsia