"Semiology, Ritual, and Reality among South Asian Tantrists and the Nacirema" with Christian K. Wedemeyer on Nov. 2nd

Christian K. Wedemeyer of the University of Chicago Divinity School will be delivering the annual Lester Lecture in Religious Studies on November 2 at 6pm in the British Studies Room on the 5th Floor of Norlin Library. The lecture is titled, "Semiology, Ritual, and Reality among South Asian Tantrists and the Nacirema." A description is below:

Since the mid first millennium, the esoteric “Tantric” traditions have played a prominent role in the religious life of southern Asia. Intricate rituals form the central element of Tantric religion and an enormous literature has been preserved that addresses their proper performance. These works comprise both liturgical texts and theoretical works on the meaning, structure, and effectiveness of the rites. In recent years, specialist research has made great advances in the understanding of indigenous ritual theory. There has been a tendency, however, to present and interpret the rituals largely in terms derived from this native exegesis. The aim of this talk is to explore and advance etic frameworks for understanding Tantric ritual and its semiology, in part through comparison with the practices of the Nacirema of North America.

Christian Wedemeyer is Associate Professor of the History of Religions at the University of Chicago Divinity School. His interests comprehend theory and method in the human sciences, the history of modern scholarship on religion and culture, and issues of history, textuality, and ritual in the Buddhist traditions. Within these very general domains, much of his research has concerned the esoteric (Tantric) Buddhism of India and Tibet. He has written on the modern historiography of Tantric Buddhism; antinomianism in the Indian esoteric traditions; canonicity, textual criticism, and strategies of legitimating authority in classical Tibetan scholasticism; and the semiology of esoteric Buddhist ritual. His most recent book, Making Sense of Tantric Buddhism: History, Semiology, and Transgression in the Indian Traditions (Columbia University Press, 2012), received the 2013 American Academy of Religion Award for Excellence in the Study of Religion (Historical Studies). 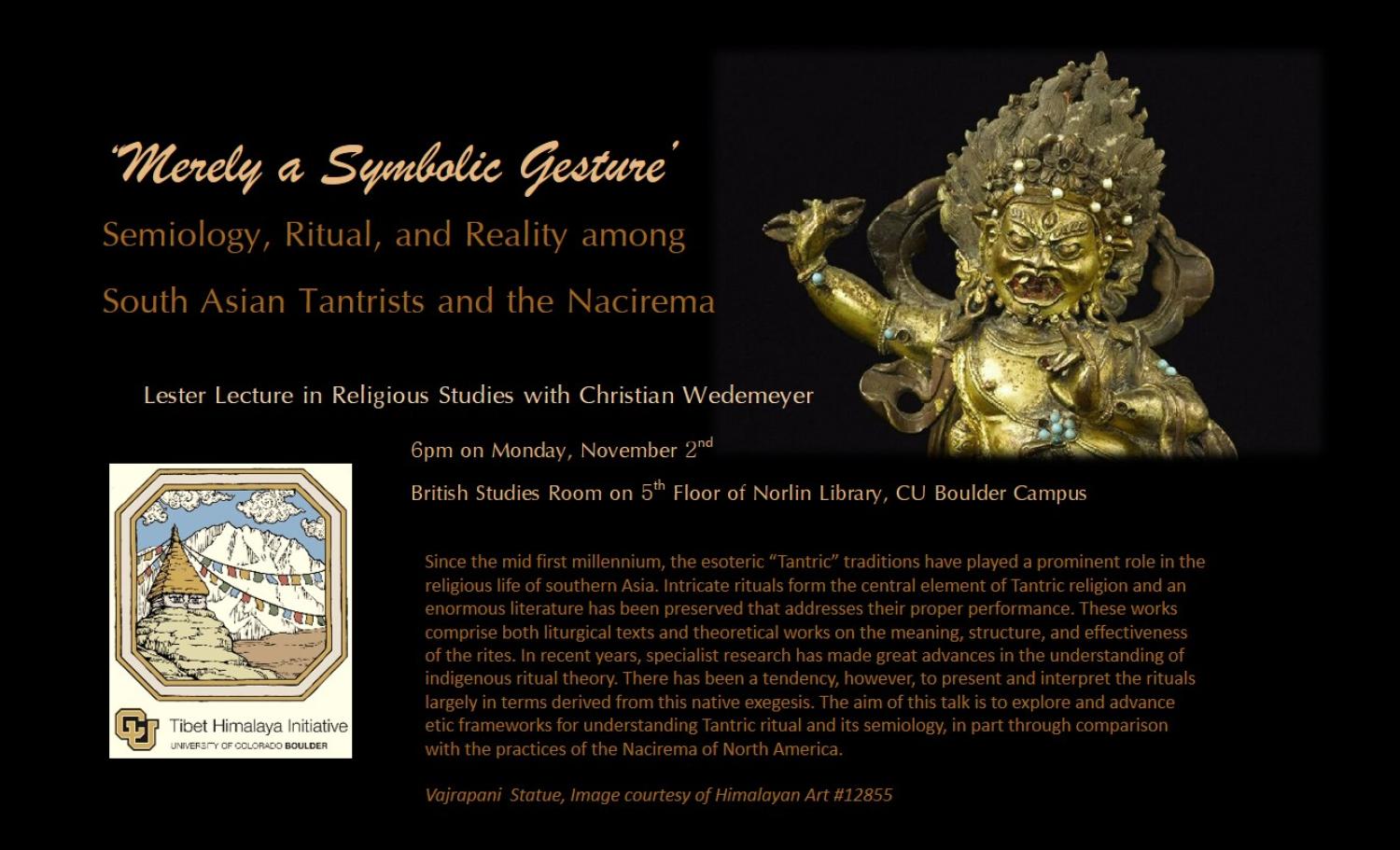