A Himalayan Border Trilogy: Trade and Infrastructure Development at the Nepal-China Borderlands

This photo essay illustrates and contrasts the infrastructure and operations of three international border posts between Nepal and China. Located at Kodari-Zhangmu, Rasuwaghadi-Kyirong, and Neychung-Likse, these borders represent the only motorable crossings between Nepal and China and comprise half of the six official, open borders recognized by Kathmandu and Beijing. As China is now Nepal’s number one source of foreign direct investment (FDI) and international trade, humanitarian aid, and tourism traffic expands annually, these points of contact are increasingly potent symbols of the ongoing evolution in Sino-Nepal relations. Because each crossing is also located at Nepal’s border with the Tibet Autonomous Region (TAR), each site exhibits a complex politics of identity, citizenship, and mobility with respect to the movement and control of local traders, Tibetan exiles, the Nepali Army, and the Chinese State Police.

Kodari-Zhangmu is the first and still largest border crossing between Nepal and China. Opened in the 1960s with the construction of the Arniko Highway and the Nepal-China Friendship Bridge, this post handles more than 80% of transnational trade between China and Nepal. Transferring an array of household, commercial, and industrial goods destined for Kathmandu, on a daily basis dozens of Chinese trucks unload cargo in Zhangmu (also known as Khasa and/or Dram), a critical step in an international trade that is 90% import and only 10% export for Nepal. Operating well over capacity and severely disrupted by natural disasters in recent years, infrastructure at this border is being expanded with new dry port facilities below Kodari while new border crossings are concurrently developed across the Nepal Himalaya.

Rasuwaghadi-Kyirong is the most recent major border post to facilitate trade, tourism, and foreign aid between Nepal and China. Opened for traffic in August 2014 to relieve trade emergencies when monsoonal landslides blocked roads to Kodari-Zhangmu, Rasuwaghadi-Kyirong was officially inaugurated as Nepal and China’s newest border crossing in December 2014. Building on an illustrious history of national defense when the Rasuwaghadi fort defended Nepal against Tibetan invasions in the 16th – 18th centuries, this border is projected to soon serve the largest single corridor of transnational trade across the Himalaya via Tibet and Rasuwa. The crossing also supported significant Chinese relief efforts in response to the Nepal earthquakes of April-May 2015.

Neychung-Likse and the Kora-la is one of the oldest formal border crossings in the Tibet-Himalaya region and for centuries served as the primary route for the Trans-Himalayan Salt Trade. Closed to trans-border traffic in the 1960s as a result of Tibetan guerrilla resistance operations based in Mustang, the border has become increasingly active following the construction of an international motor road in the early 2000s. Although Chinese authorities fenced the border in 1999 after the 17th Gyalwa Karmapa’s flight into exile from Tibet to India via Mustang, the crossing above the Kora la is currently opened just twice per year for semi-annual trade fairs held in the TAR for Nepali and Tibetan merchants. Belying this mixed legacy, Nepali customs houses, immigration facilities, and police stations are now being constructed at the border to facilitate new levels of international trade and tourism between Tibet and Mustang and, more broadly, China and Nepal.

A Himalayan Border Trilogy: Trade and Infrastructure Development at the Nepal-China Borderlands 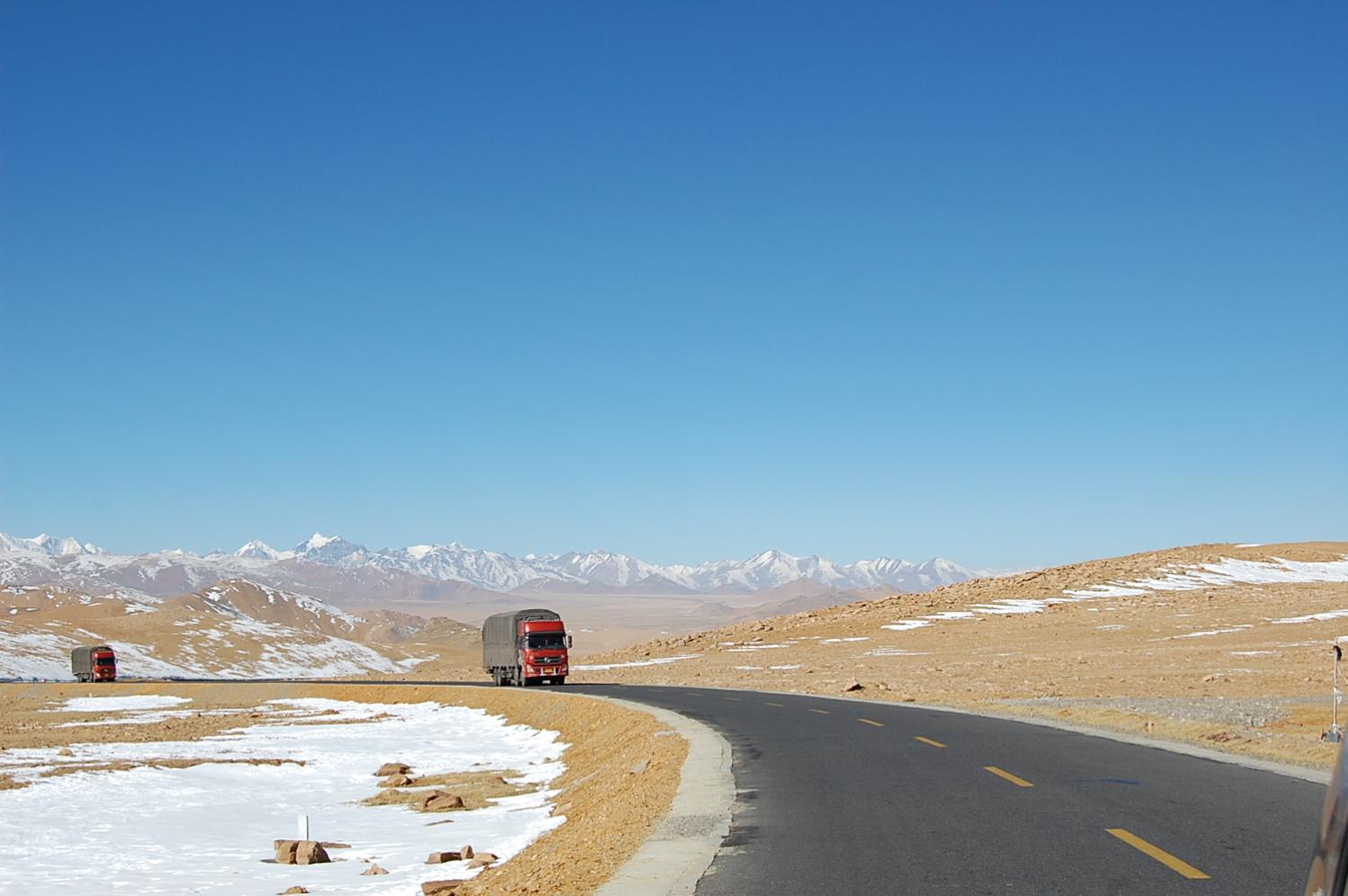 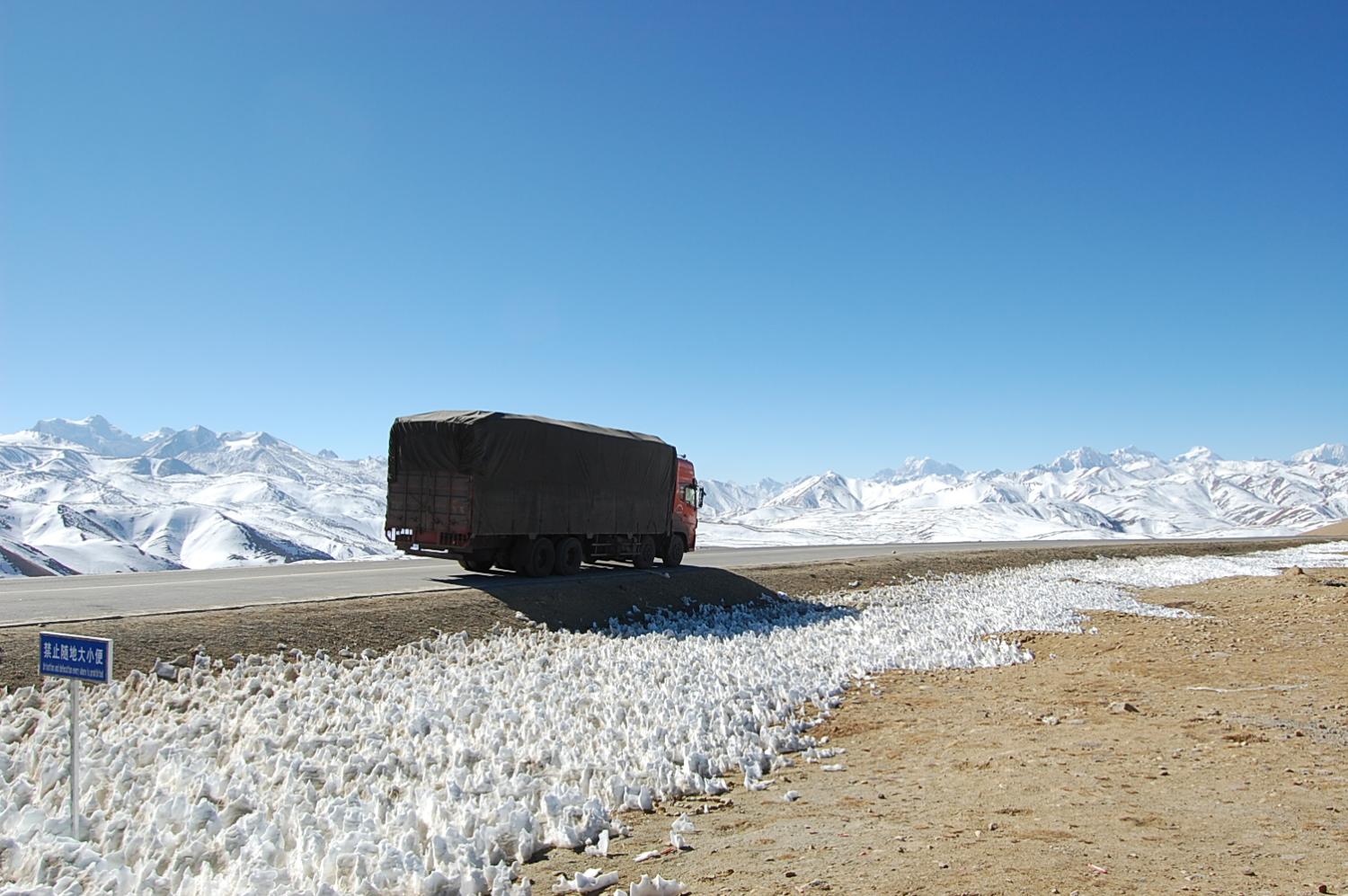 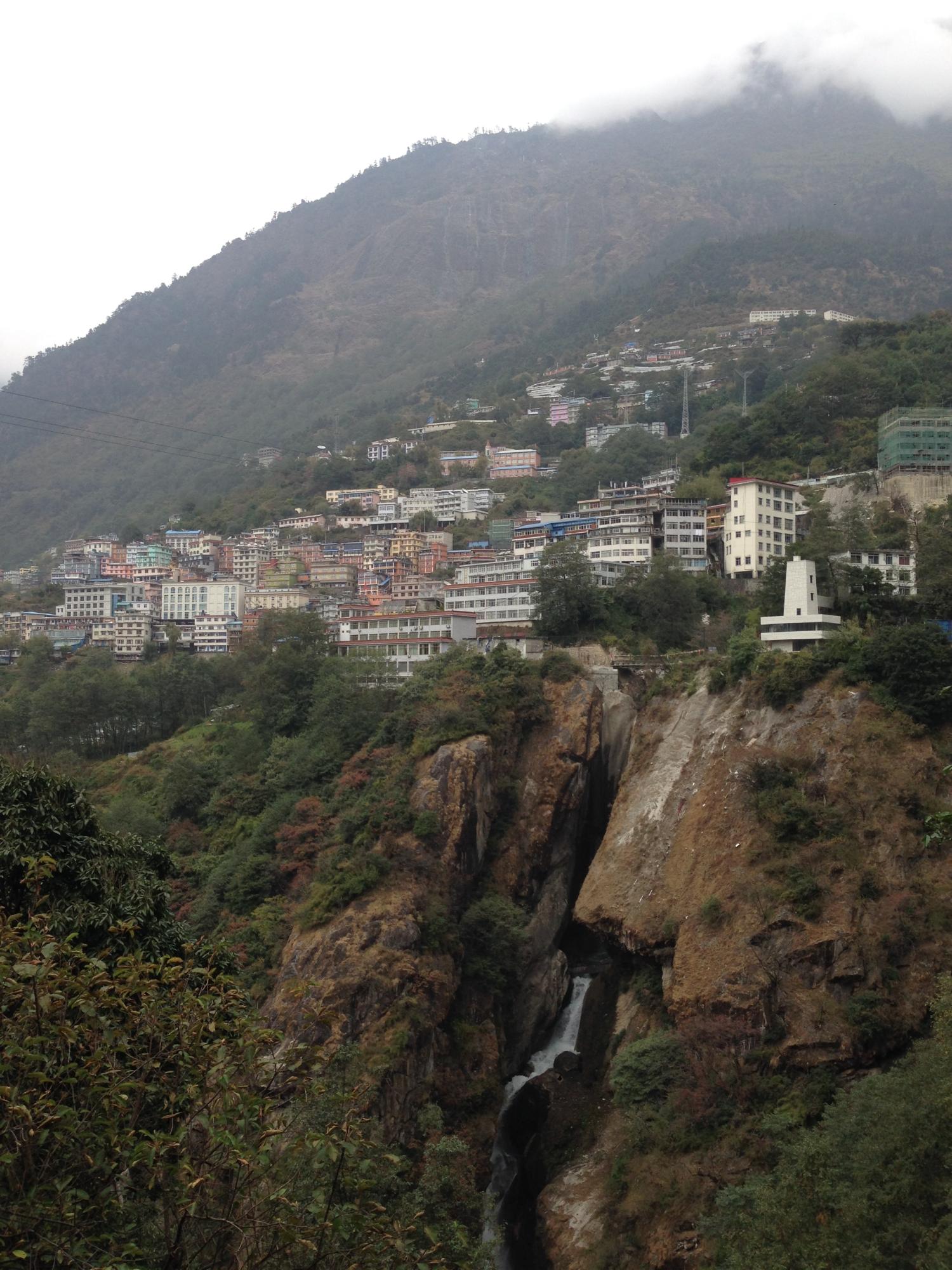 Warehouses and customs offices at Zhangmu station and the Friendship Bridge 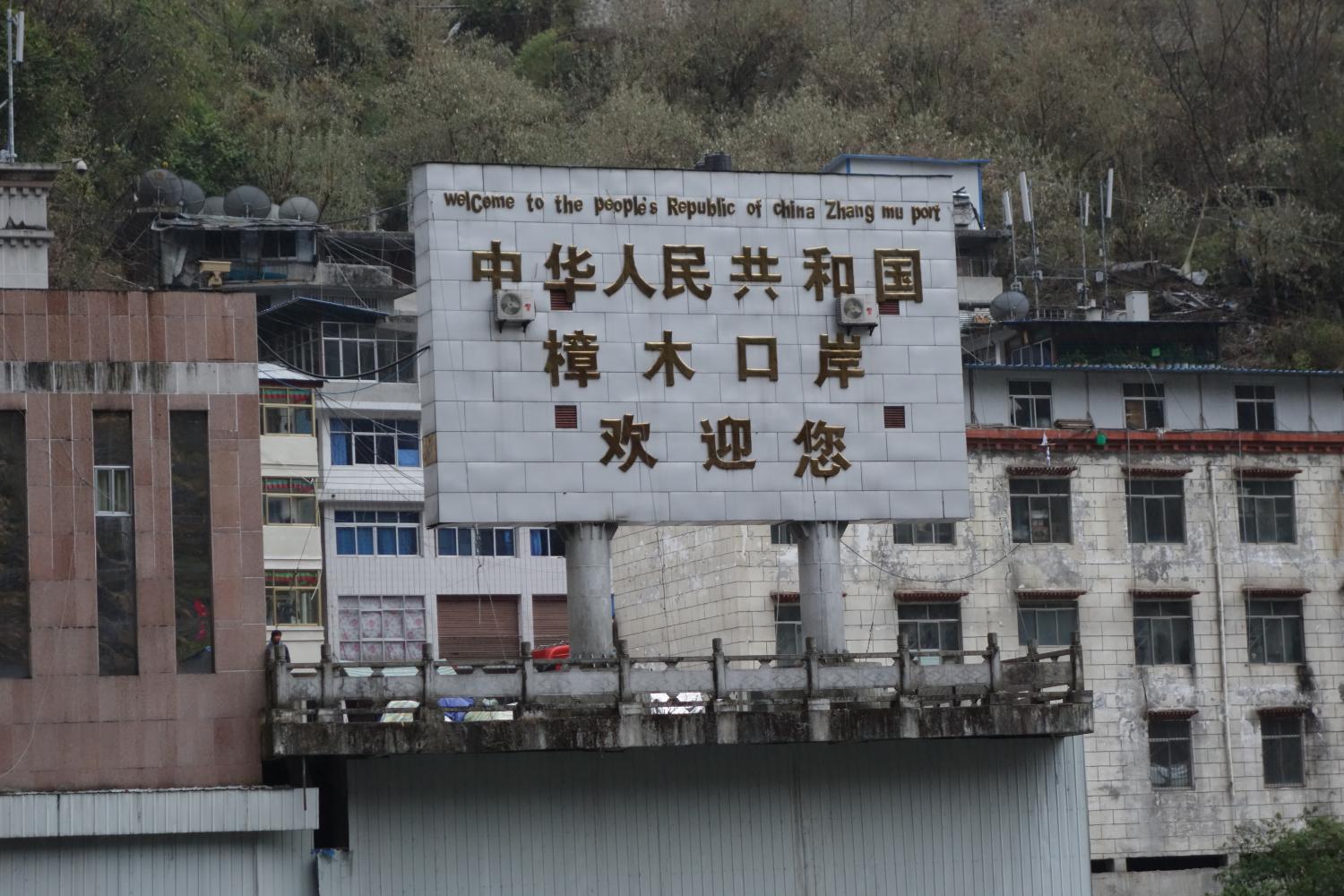 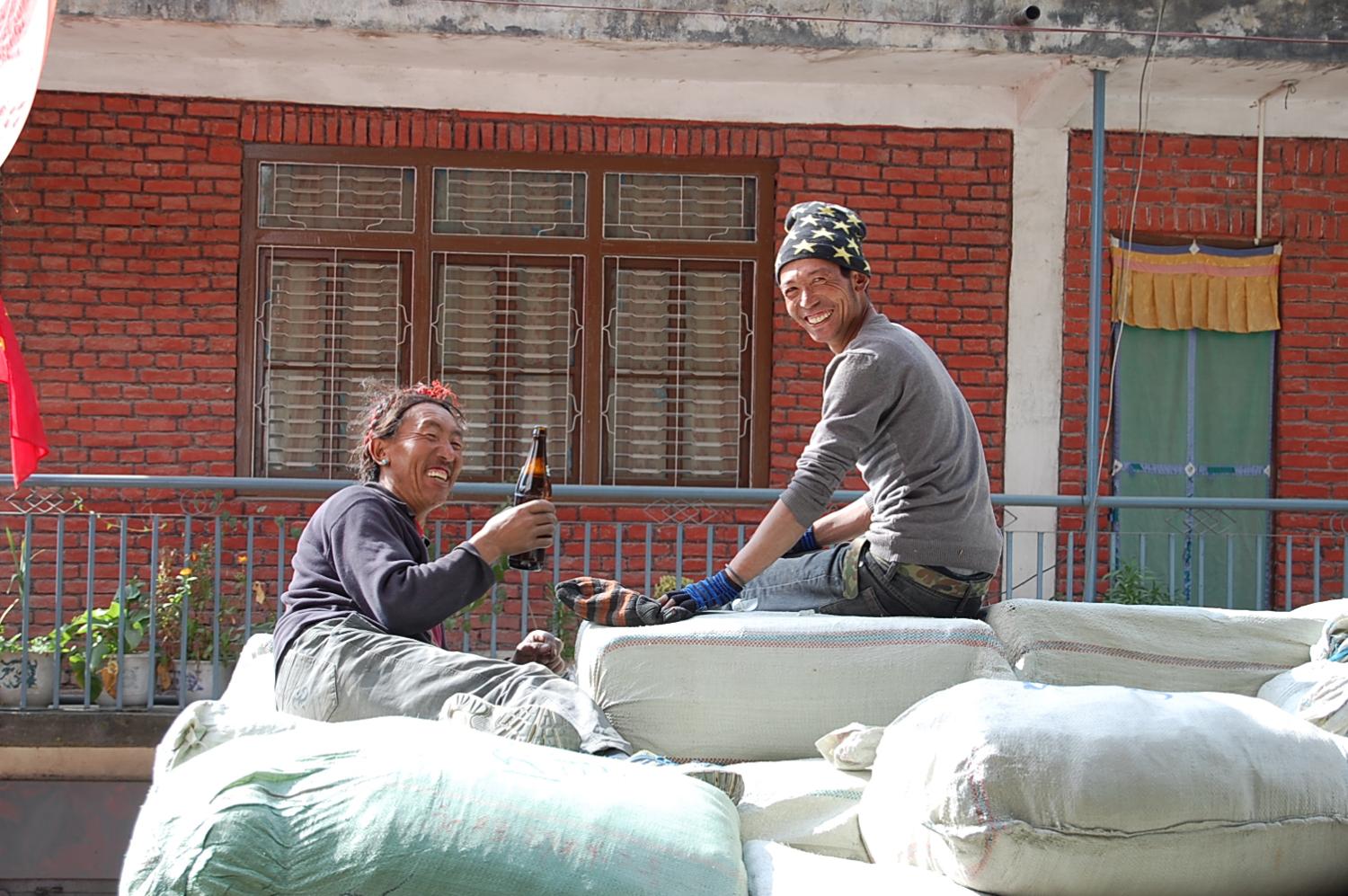 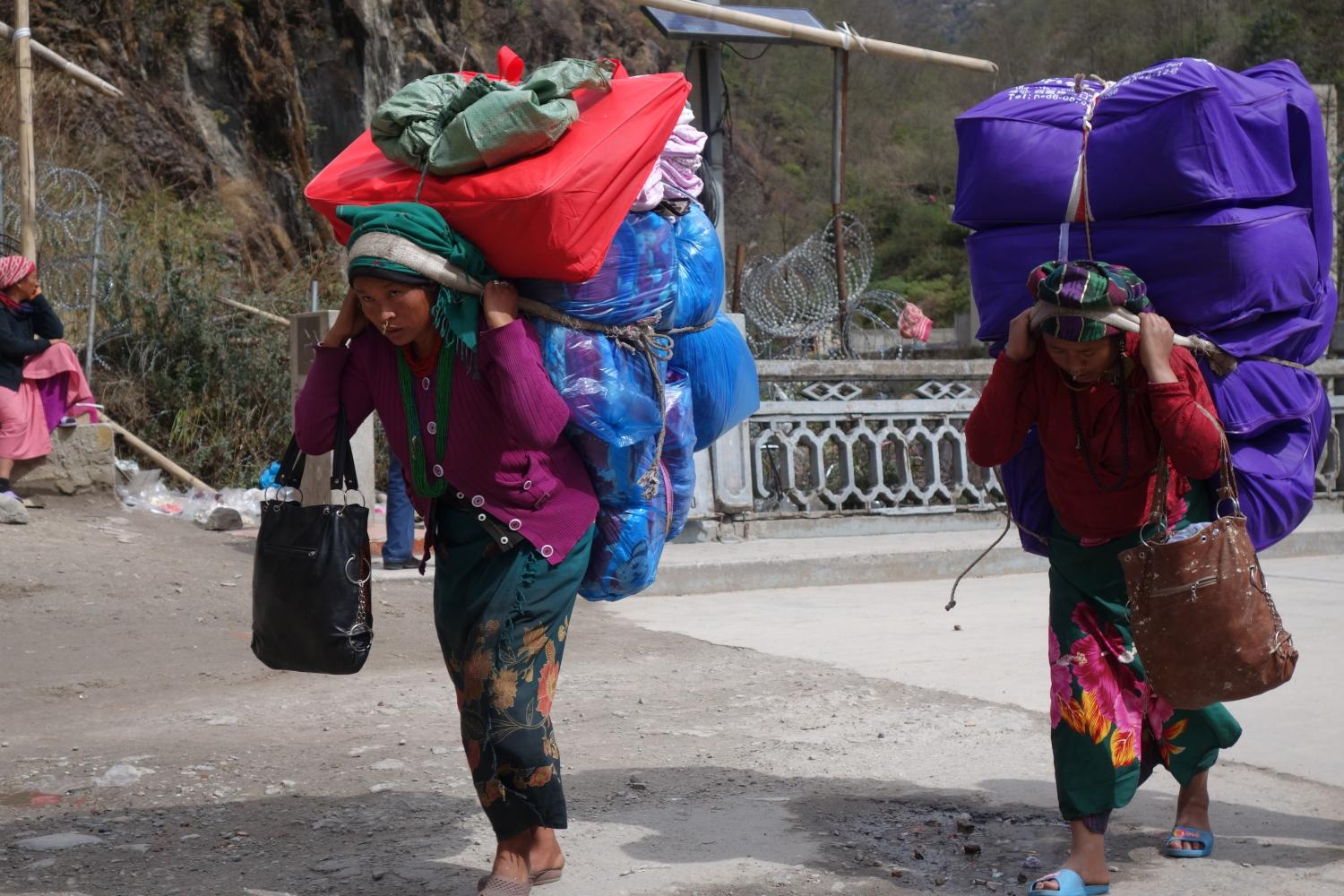 Portering Chinese goods from Zhangmu to Kodari, these local Tamang and Rai women get the most out of the daily allowance of one person-load of imports for Nepal-Tibet "border citizens" 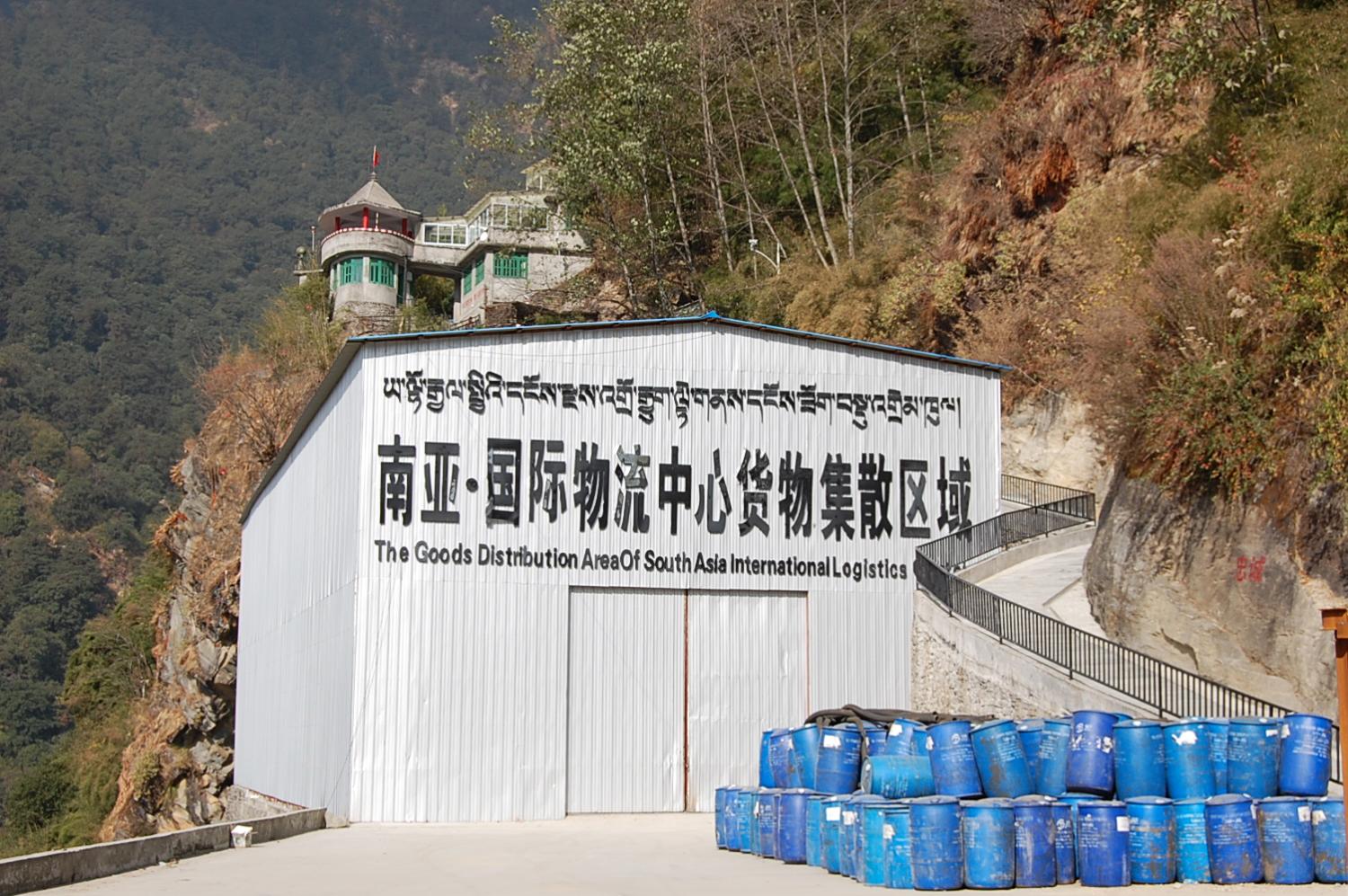 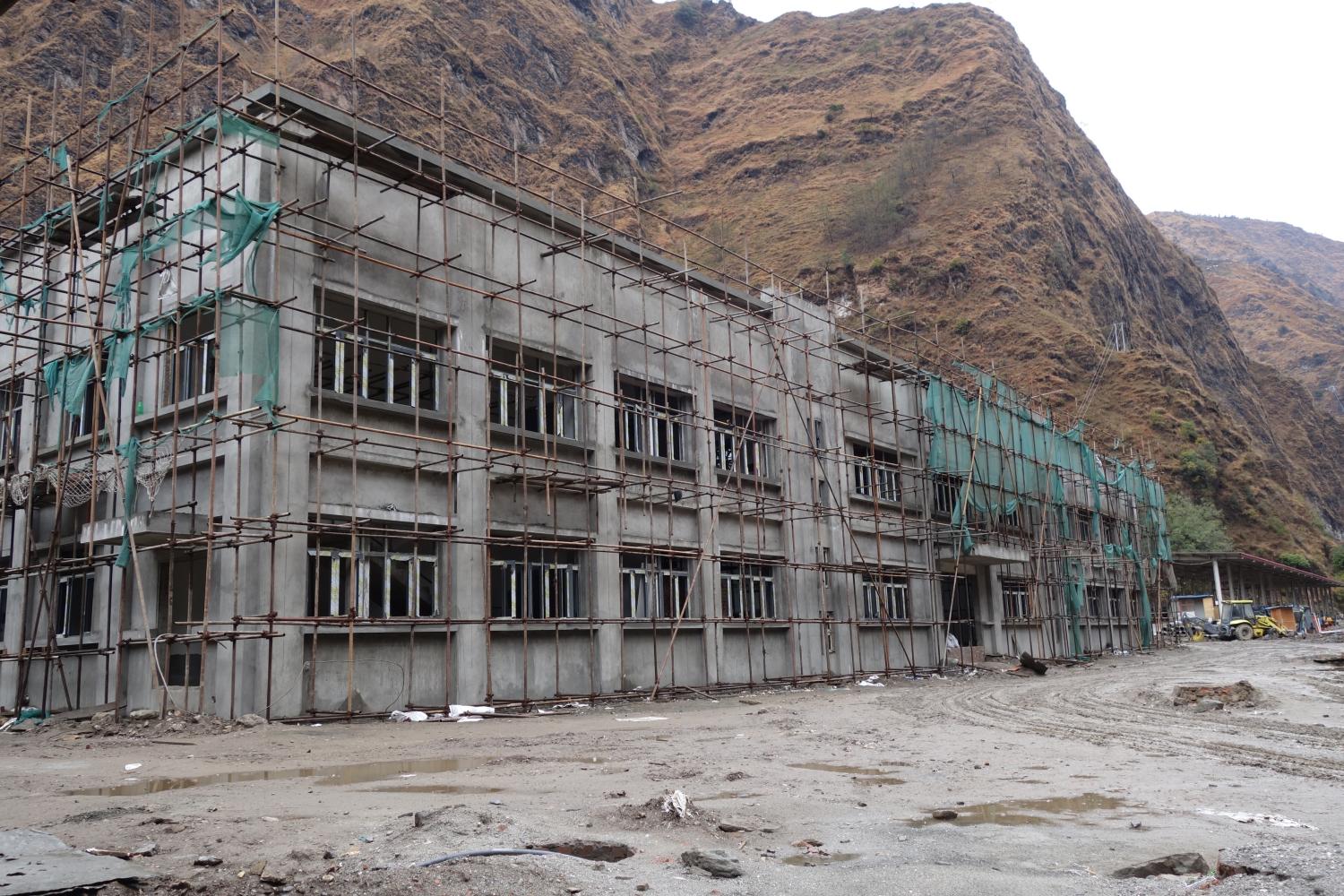 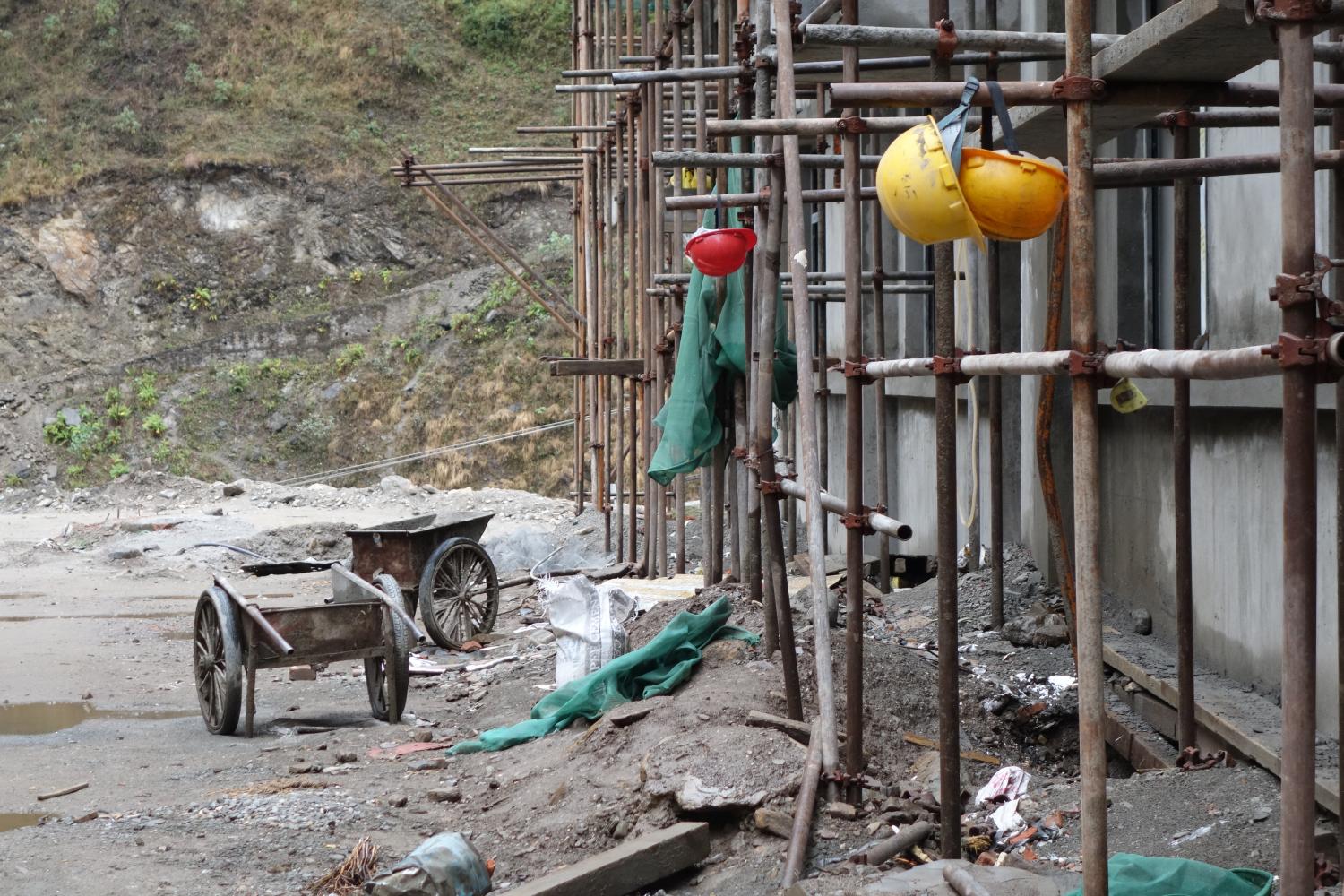 A break in workday at the new Tatopani dryport 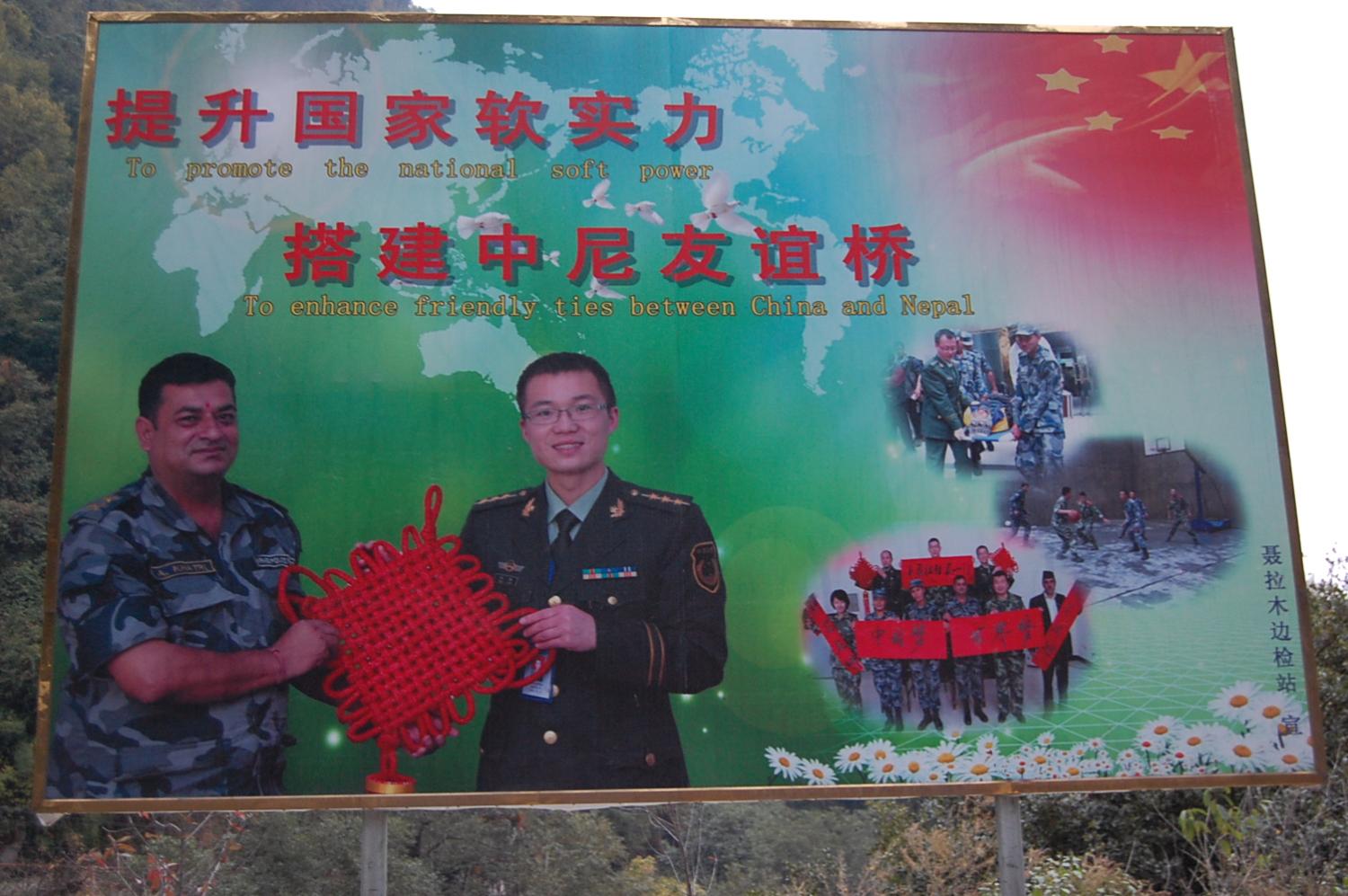 "To promote national soft-power, to enhance friendly ties between China and Nepal" 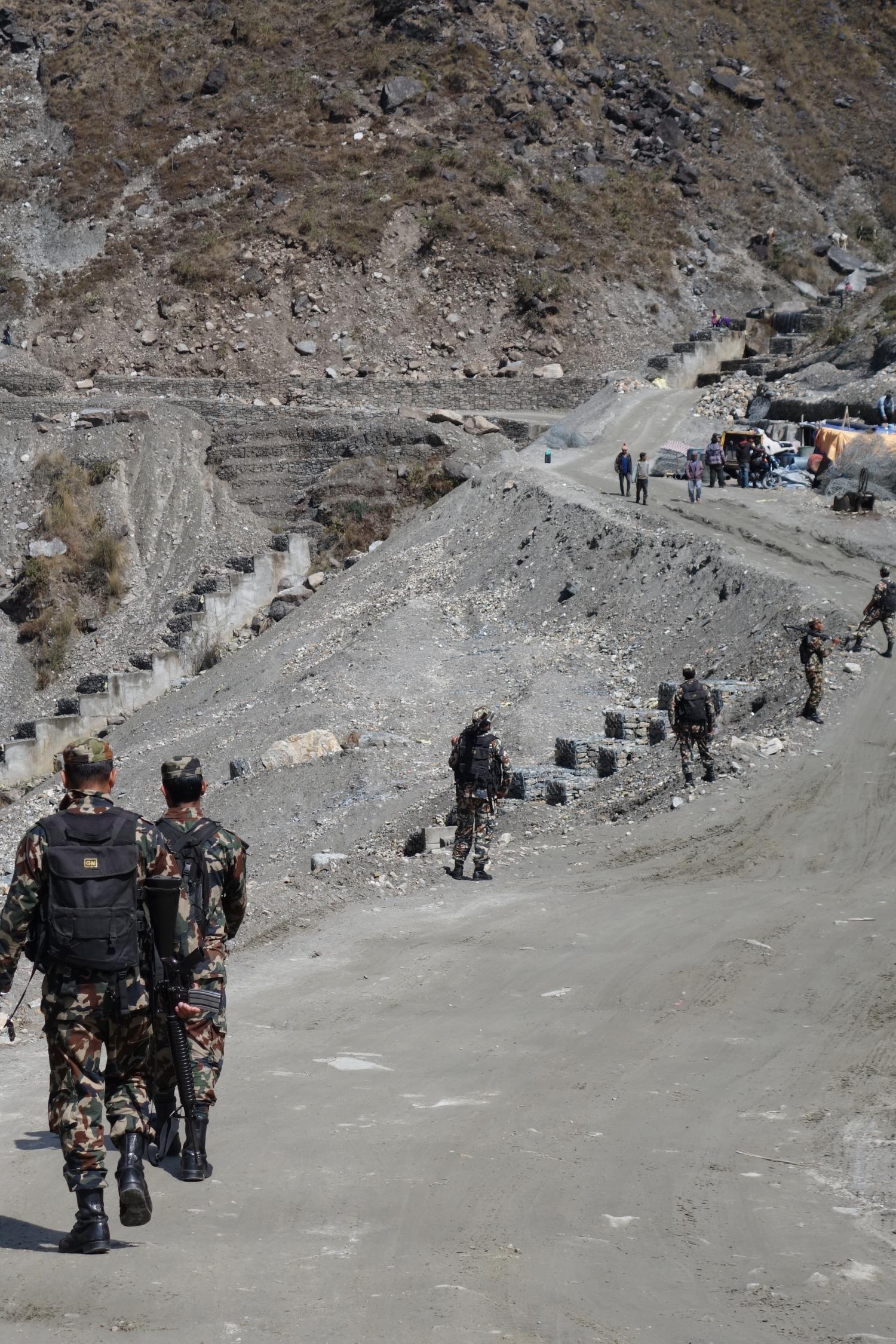 The Chinese-trained, Nepali Border Police on road patrol below the Kyirong-Rasuwaghadi border 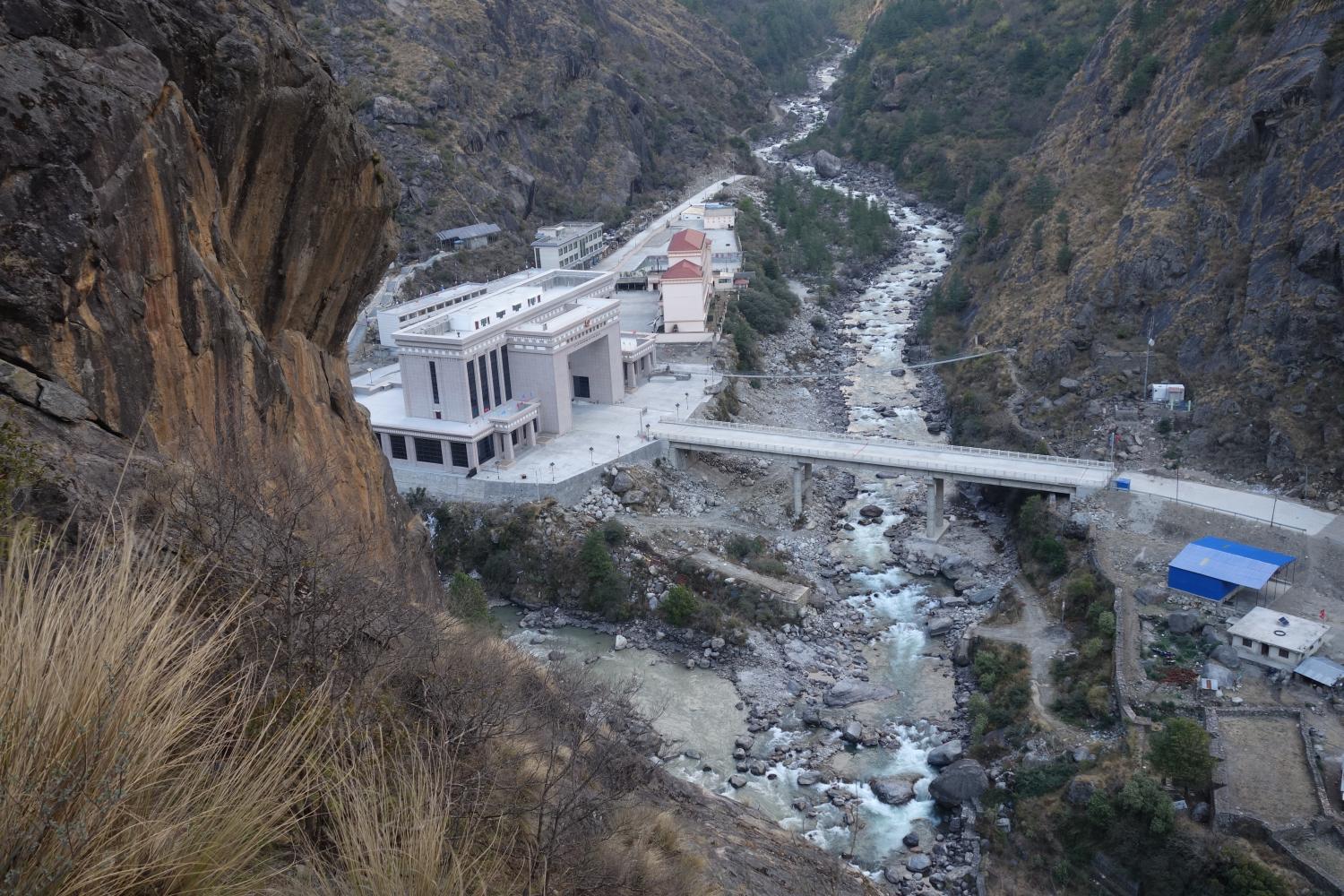 From above, the new Chinese gatehouse on the Kyirong-side dwarfs the Nepali customs and immigration facilities on the Rasuwaghadi-side; the massive earthquakes of April and May 2015 devastated facilities on both sides of the border 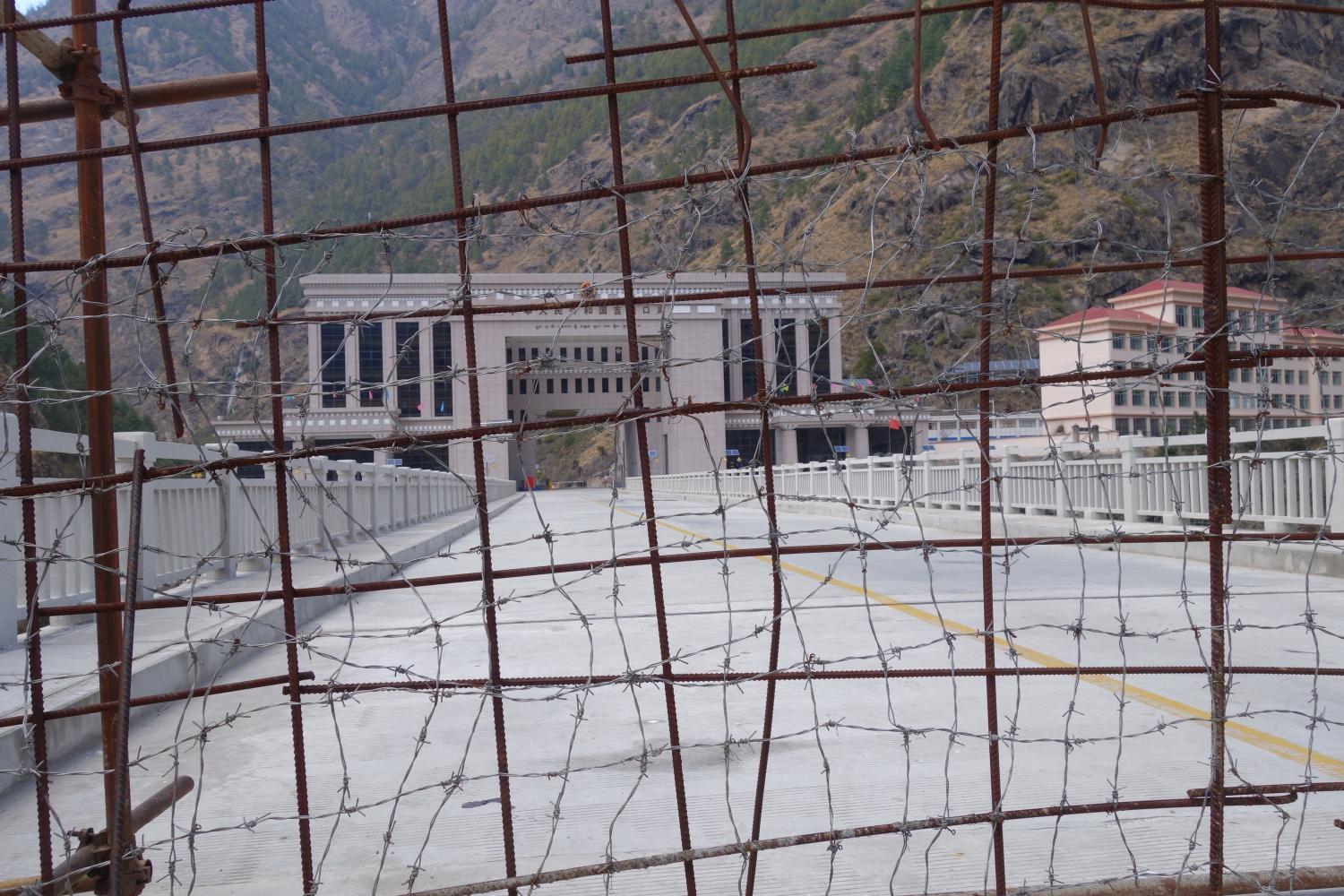 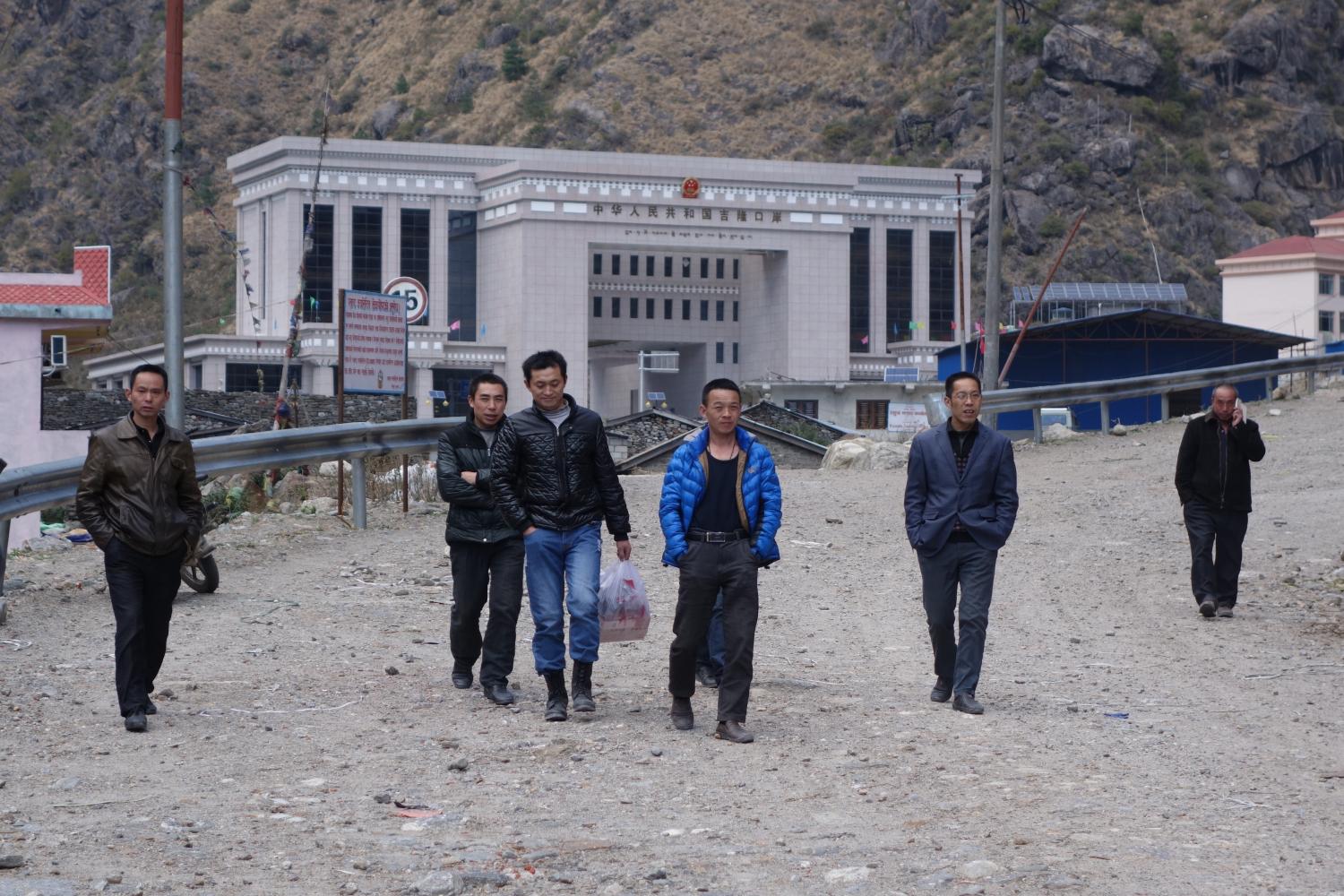 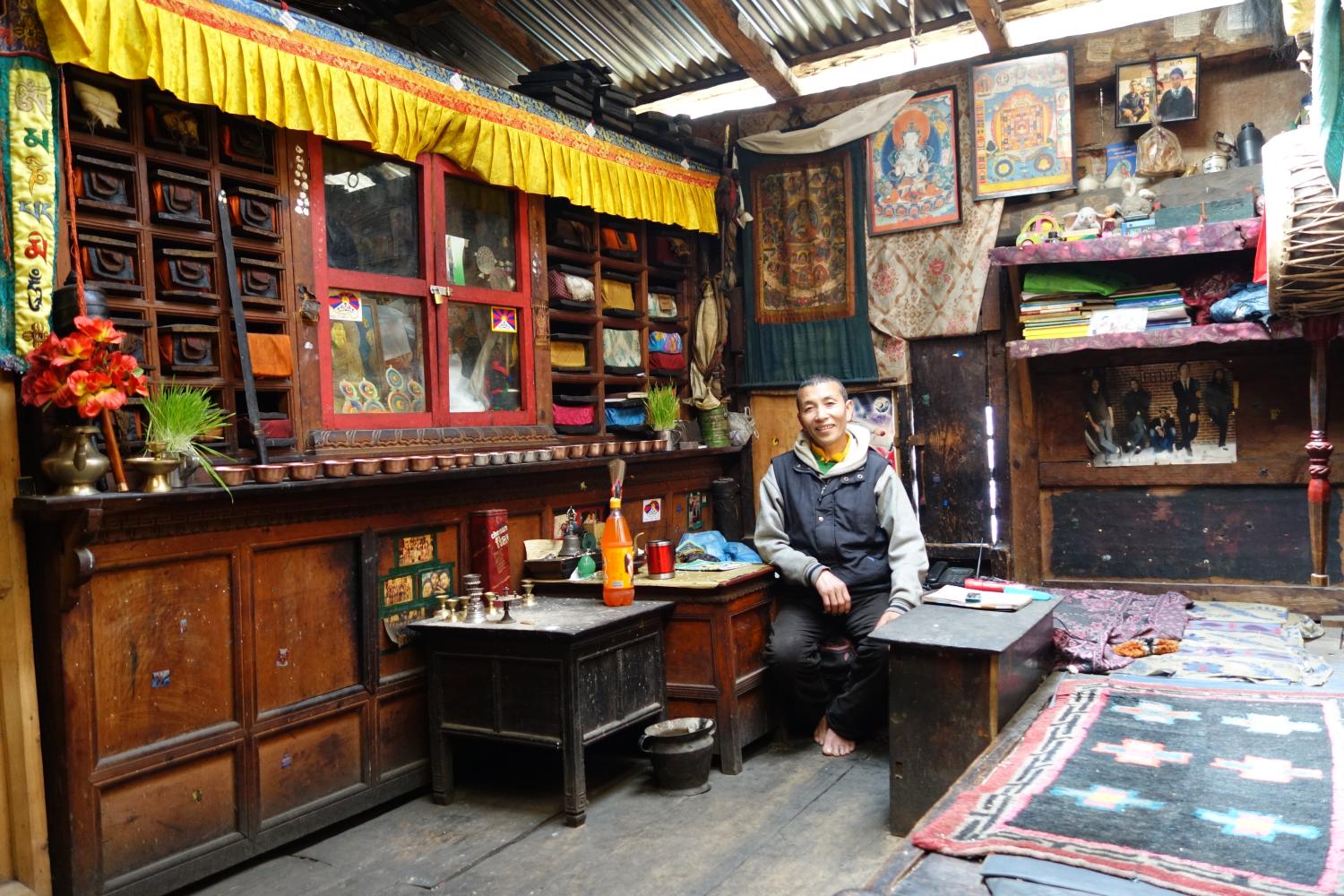 The Lama of Ghattekhola, a leader of the Tibetan exile community in upper Rasuwa 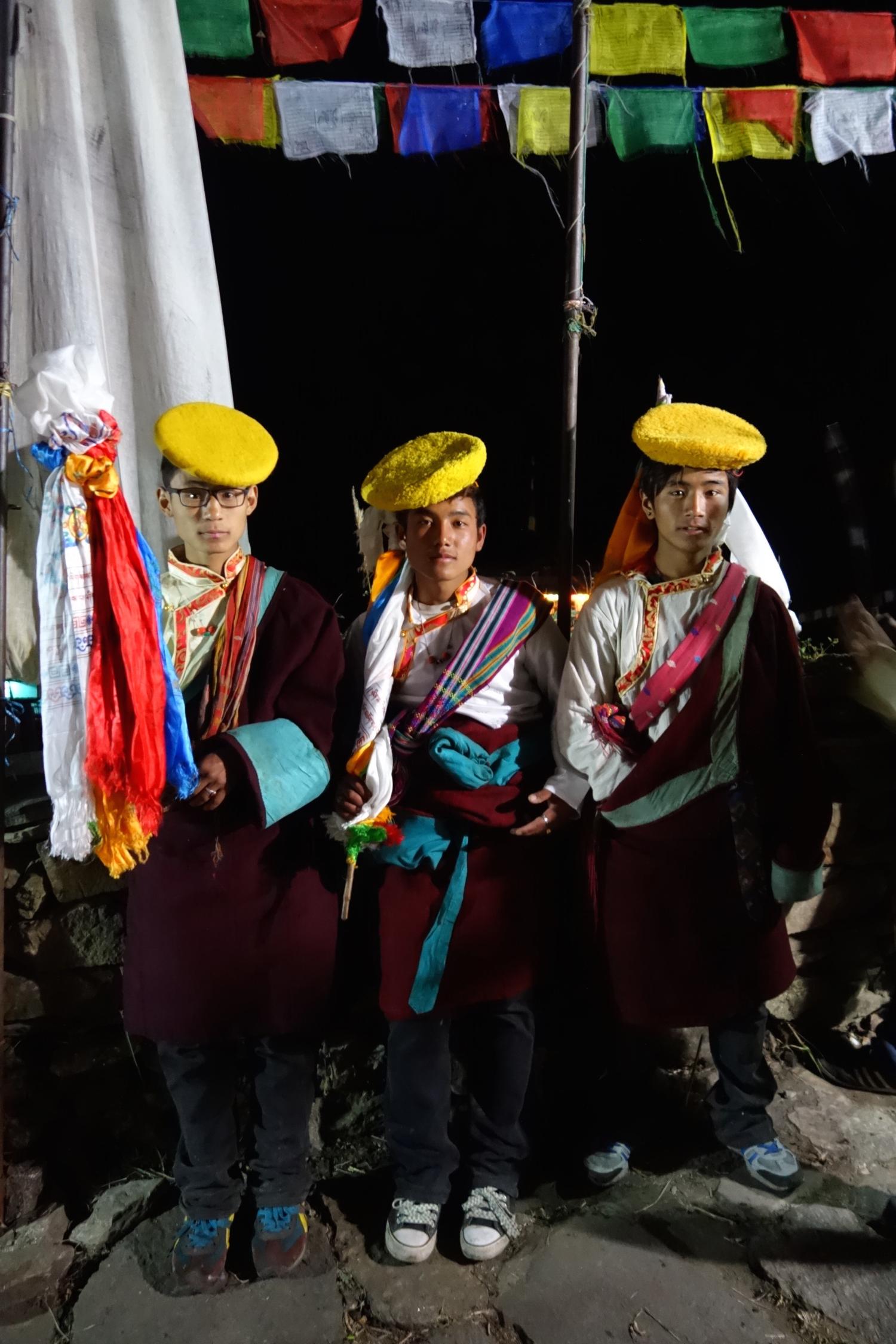 Tamang youth in traditional Tibetan dress celebrate the Mani Cherpe festival in Timure and Rasuwa, an annual commemoration of the Nepal-Tibet wars and the sanctification of the region by the Tibetan yogi saints Guru Rinpoche and Jetsun Milarepa 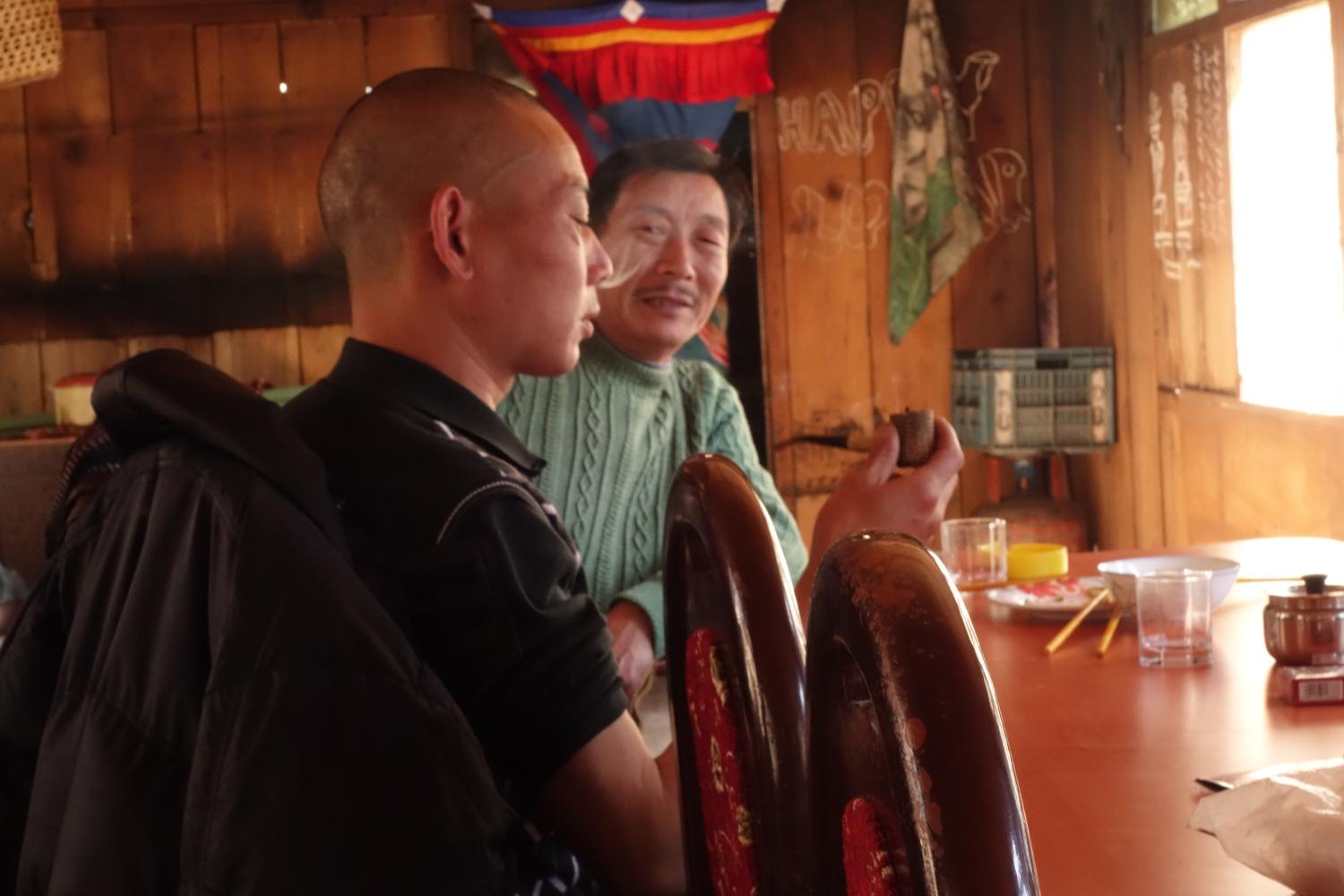 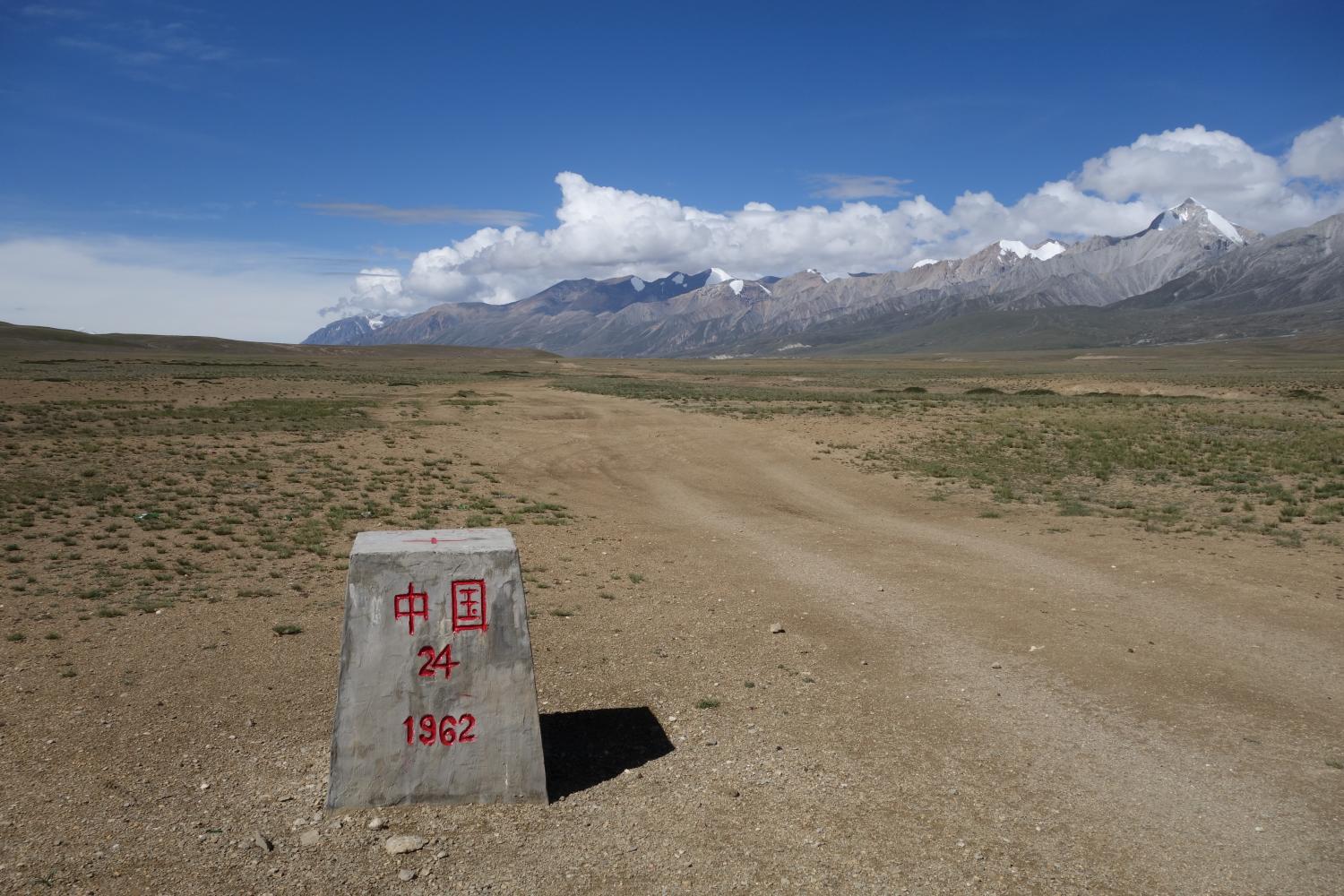 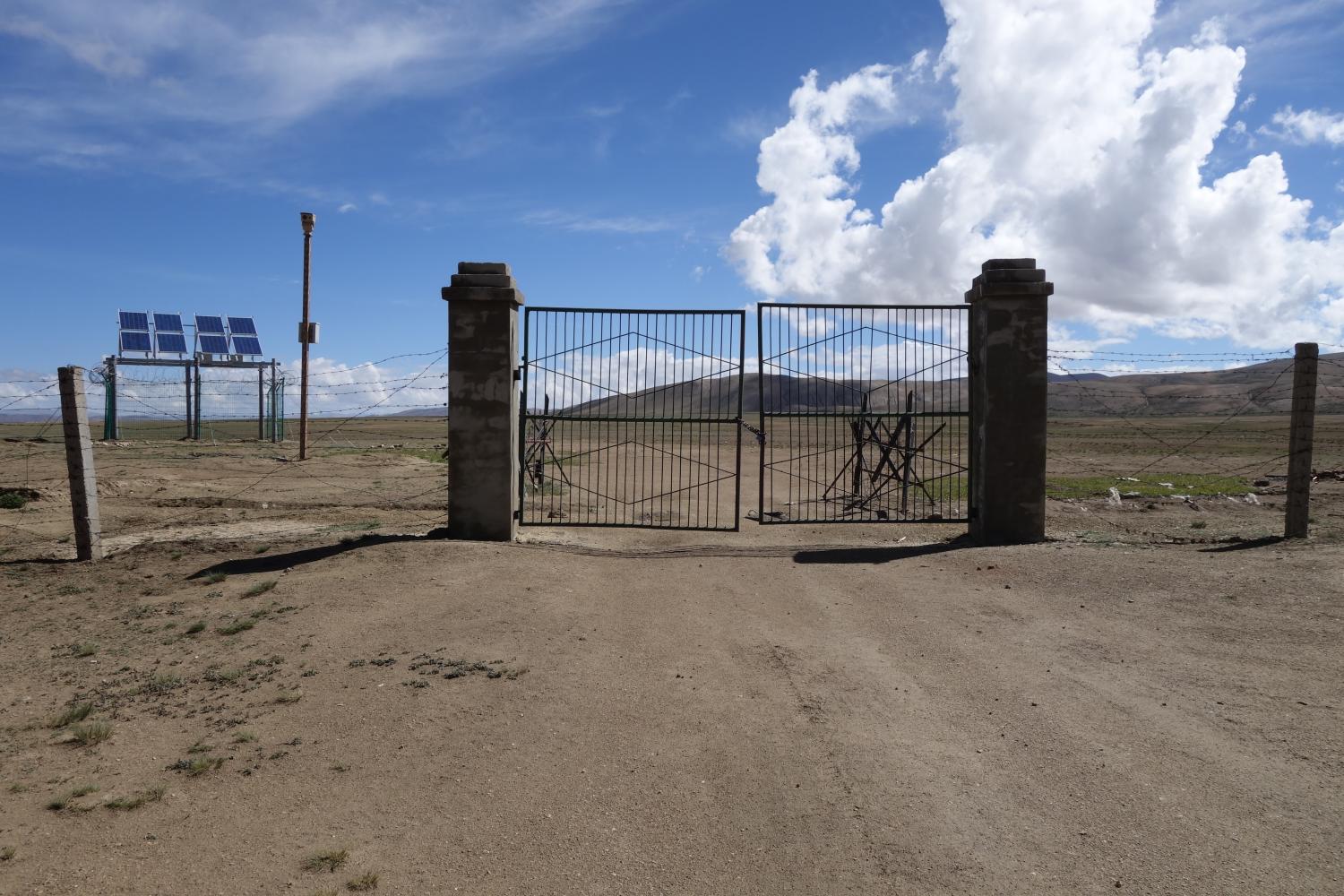 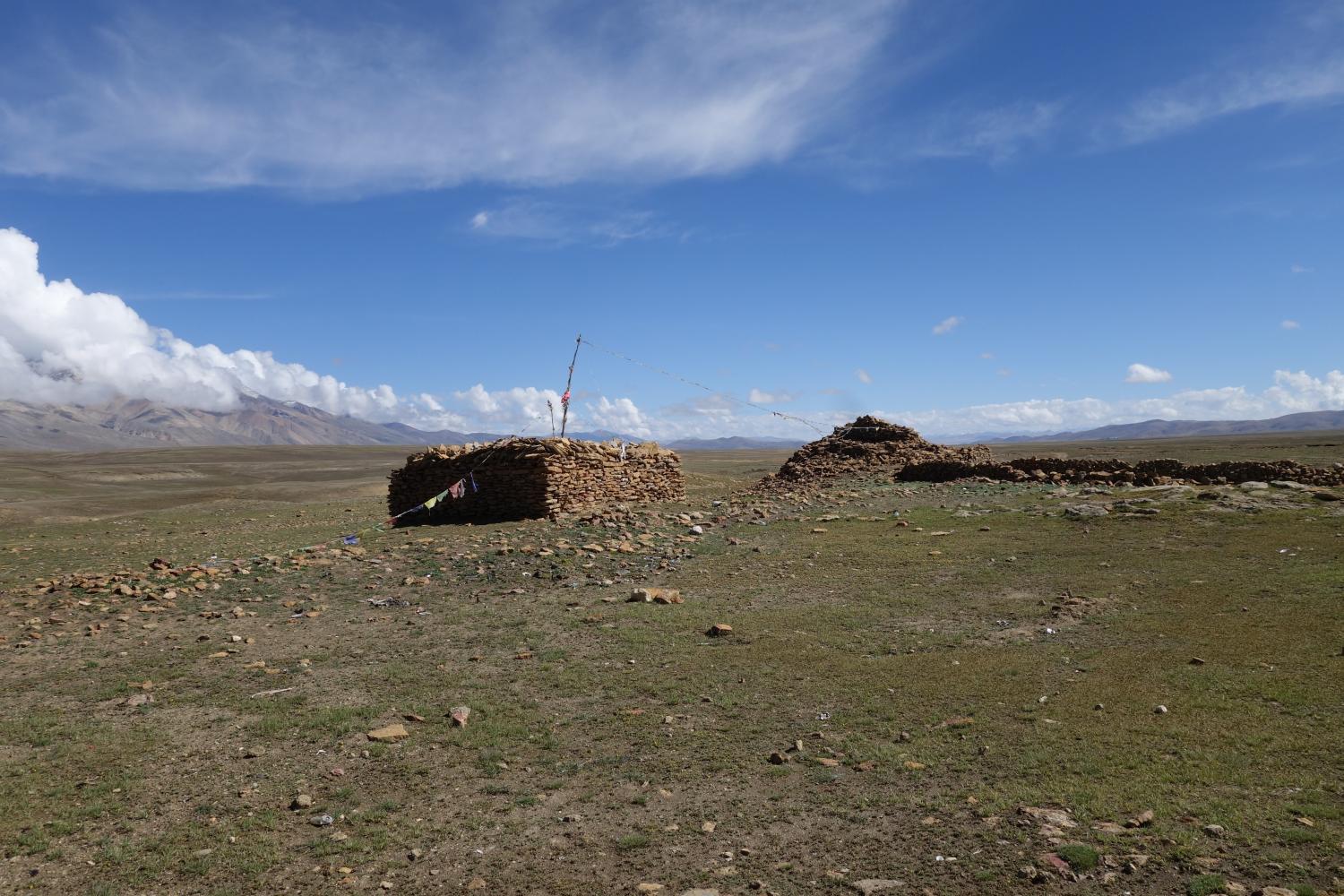 An ancient chorten atop the Kora-la marks the historical boundary between Mustang and Tibet and, by extension, Nepal and China 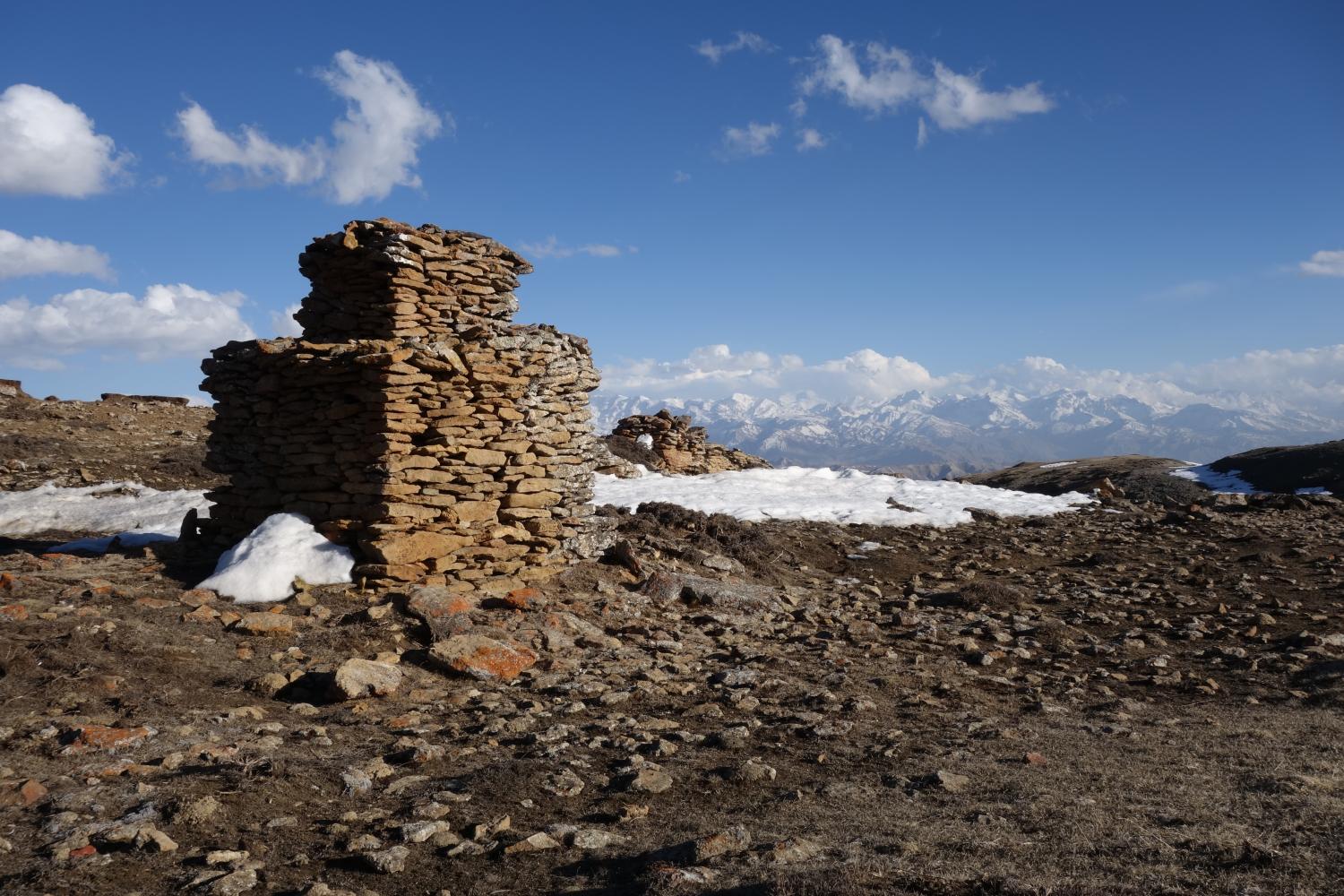 A secondary chorten marks the path of the Trans-Himalayan Salt Trade at the descent from the Kora-la to Neychung, Mustang 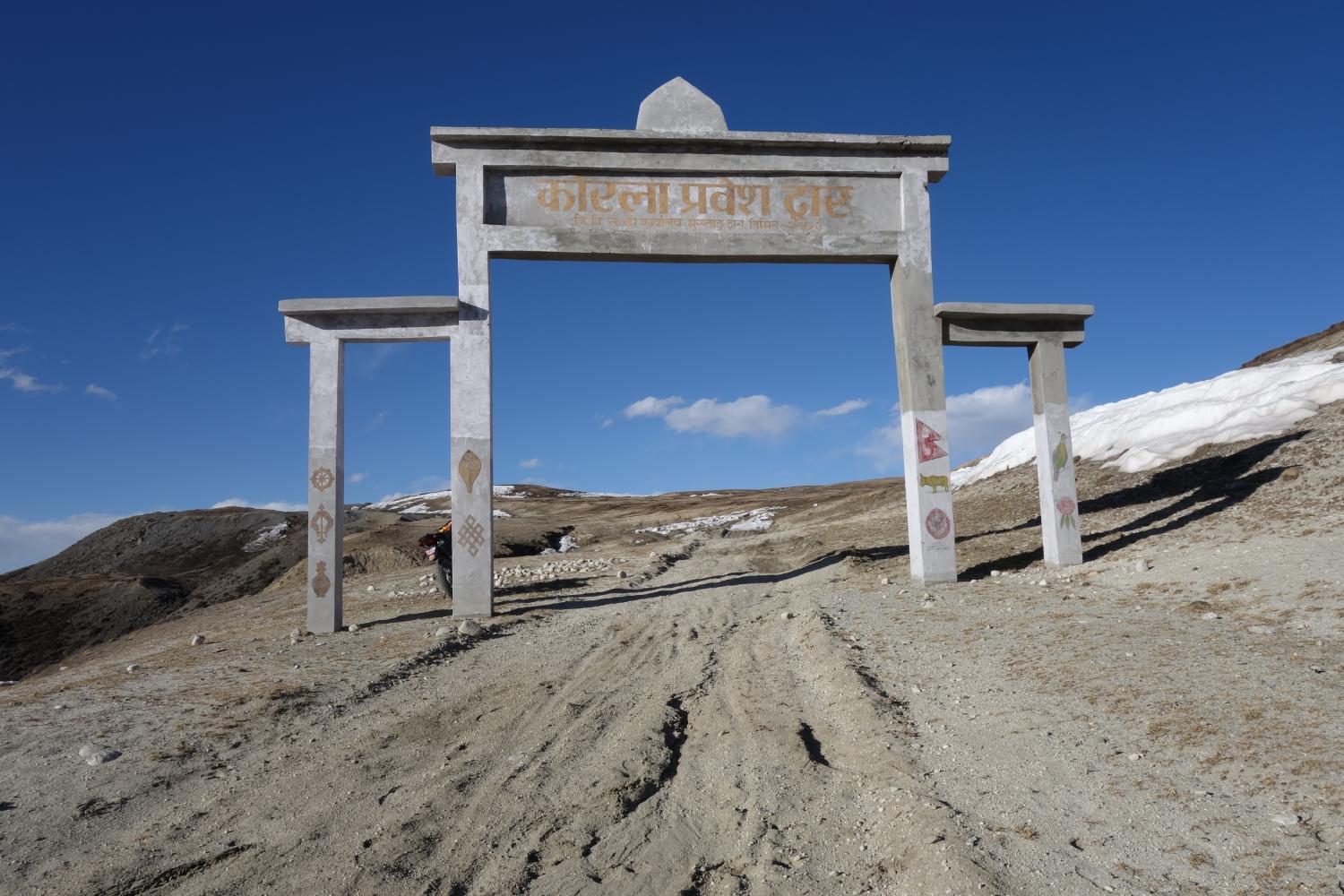 Built in the early 1960s, this Nepali gate marks the spot where sovereign territory gives way to the Nepal-China boundary zone at the Kora-la 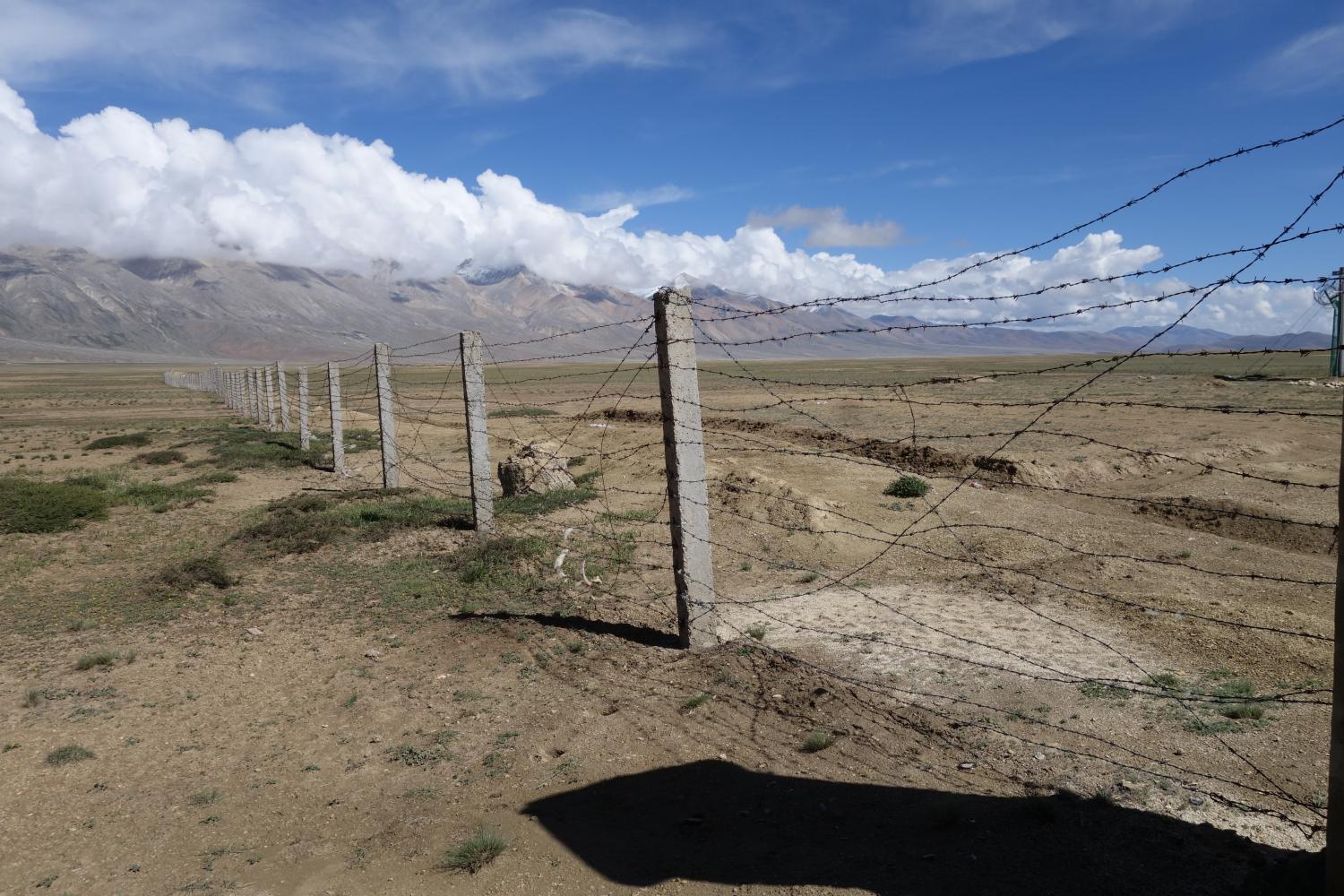 Constructed in the early 2000s, the Chinese fence across the Kora-la now restricts crossings of the China-Nepal border to just two times per year between Likse and Neychung.

Representing the sensitivity and security of the Mustang-Tibet border, within minutes after taking this panorama atop the Kora-la, the Chinese Armed Police Force rapidly responded to these visitors' presence at the border 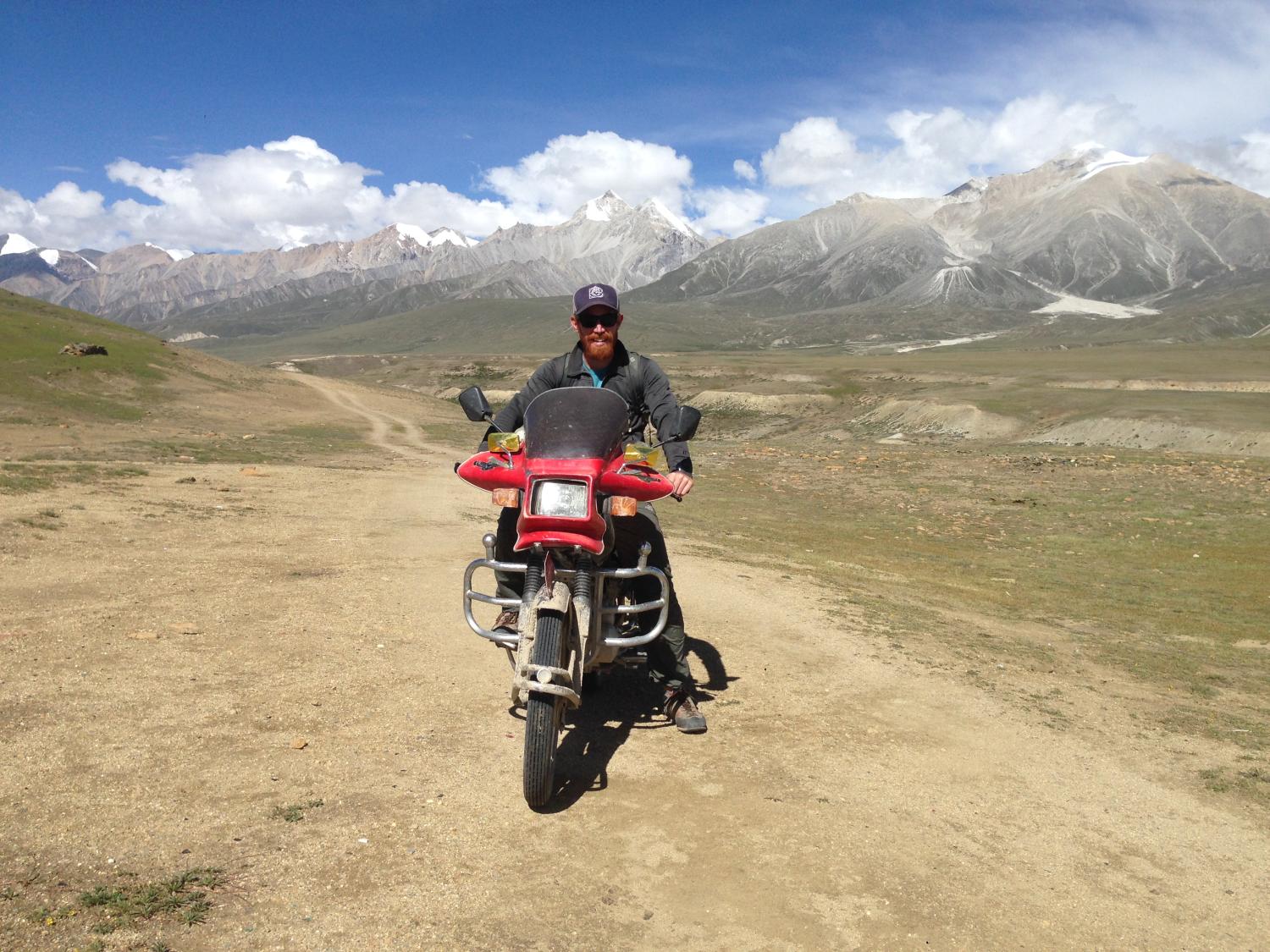 I used motorcycles to reach all three Nepal-China border posts. Here I’m sitting on my friend’s Chinese motorcycle atop the Kora-la