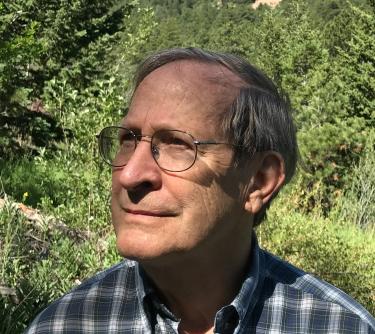 Cancer is caused by cells from one’s own body that have lost proper control of their growth and division cycle, then acquired a propensity to move to places they don’t belong. Although many additional changes accompany the progression from a normal state to a cancerous one, these two changes are fundamental.  This talk will start with movies and slides showing a cell’s growth and division cycle. I will then describe aspects of the ways this cycle is normally controlled by “growth factors” that promote cell division, negative regulators that prevent it, and “checkpoints” that assess the quality of key processes in the growth and division cycle. I will then identify how these normal processes can be foiled, so cells divide too often. The most important factor in carcinogenic change is mutation of DNA, changes that lead to cellular misbehavior. Carcinogens (factors that increase cancer risk) can be understood as processes or materials that increase a cell’s normal rate of mutation. Unlucky mutations can either enhance the activity of growth-promoting genes (oncogenes) or suppress the activity of growth-regulating genes (tumor suppressors). I will end with approaches to minimizing one’s own cancer risk and if there is time, talk a little about modern cancer therapies.

Richard McIntosh received an AB in Physics (1961) and a PhD in Biophysics (1968) from Harvard University.  For the latter he worked in the laboratory of Keith R. Porter on the morphogenetic action of cellular fibers called microtubules that sculpt the shape of developing cells.  Towards the end of that project, he became fascinated by the role of microtubules in the accurate segregation of already duplicated chromosomes prior to cell division, and he has continued to work largely on that subject ever since.  He moved to Colorado in 1970 where he has worked in the Department of Molecular Cellular and Developmental Biology as an Assistant, then Associate, and then full Professor. He served briefly as department Chair and then as the director of the Boulder Laboratory for 3-D Electron Microscopy of Cells for about 20 years.  He has taught freshman biology, cell biology, cancer biology, and various graduate courses in cell structure and function.  In 1994 he served as President of the American Society for Cell Biology and was appointed a Research Professor of the American Cancer Society.  In 1999 he was elected to the National Academy of Sciences and the American Academy of Arts and Sciences.  In 2000 he was appointed a Distinguished Professor of the University of Colorado.  He has taught and done research in both East and West Africa with support from a Fulbright fellowship and a grant from the Carnegie Corporation of New York.  He retired from his department in 2007, but thanks to support from the National Institutes of Health and the hospitality of MCDB, he has continued his research on mitosis and written a book for non-scientists on the biology of cancer.