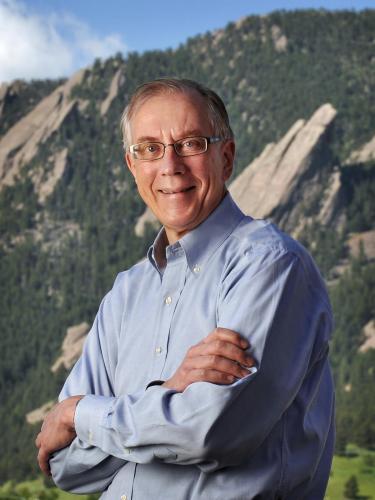 Nobel laureate and Distinguished Professor Tom Cech will present a virtual lecture titled “The Magic of RNA: From CRISPR to Coronavirus Vaccines."

In the past, ribonucleic acid (RNA) was considered to be mostly an intermediary between the genetic code in DNA and the proteins that do most of the work in biology; DNA makes RNA, and RNA makes protein. The discovery of catalytic, or messenger RNA (Nobel Prize in Chemistry, 1989: Sidney Altman and Thomas Cech) opened our eyes to RNA’s having more exciting functions. But the thrill of RNA was just getting started. Gene editing now uses guide RNAs to recruit the CRISPR genome editing machinery to specific sites of action on chromosomes, with exciting medical potential (Nobel Prize in Chemistry, 2020: Emmanuelle Charpentier and Jennifer Doudna).

The coronavirus pandemic is now a battle of RNA against RNA: An RNA virus is being fought with RNA vaccines. Like many other viruses, COVID-19 is an RNA virus. Unlike in humans and other mammals, its genetic makeup is encoded in RNA, which causes our protein synthesis machinery to mistake it for RNA produced by our own DNA. Traditional vaccines against viruses inject inactivated virus proteins called antigens. The antigens stimulate the body’s immune system to recognize the specific virus and produce antibodies in response. RNA-based vaccines—such as those of Pfizer and Moderna—do not introduce an antigen, but instead introduce a short sequence of synthetic messenger RNA (mRNA) that is enclosed in a specially engineered lipid nanoparticle. This mRNA provides cells with instructions to produce the virus antigen themselves. Because the COVID-19 virus spike protein is foreign to our bodies, our bodies will make antibodies that inactivate the protein.

In 1978, he joined the faculty of the University of Colorado Boulder, where he became a Howard Hughes Medical Institute Investigator in 1988 and Distinguished Professor of Chemistry and Biochemistry in 1990.

In 1982, Dr. Cech and his research group announced that an RNA molecule from Tetrahymena, a single-celled pond organism, cut and rejoined chemical bonds in the complete absence of proteins. Thus RNA was not restricted to being a passive carrier of genetic information but could have an active role in cellular metabolism. This discovery of self-splicing RNA provided the first exception to the long-held belief that biological reactions are always catalyzed by proteins. In addition, it has been heralded as providing a new, plausible scenario for the origin of life; because RNA can be both an information-carrying molecule and a catalyst, perhaps the first self-reproducing system consisted of RNA alone.

In January 2000, Dr. Cech moved to Maryland as president of the Howard Hughes Medical Institute, the nation’s largest private biomedical research organization. In addition, HHMI has an $80 million/year grants program that supports science education at all levels (K-12 through medical school) and international research.

In April 2009, Dr. Cech returned to full-time research and teaching at the University of Colorado Boulder, where he also directed the BioFrontiers Institute until 2020.

(Biography sourced from the website of the BioFrontiers Institute)