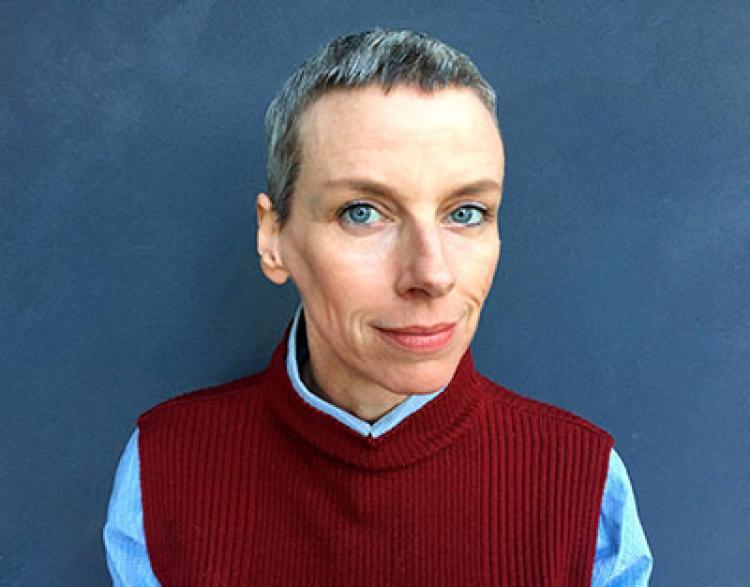 Join us for an educational evening with Distinguished Professor Michelle Ellsworth, who will share excerpts of her work and talk about some intersections between: dance, language, machine learning, and some classical Greek writers.

She will spotlight two projects of hers:

Though not a licensed scientist, technologist, pharmacist, or carpenter, Michelle Ellsworth (a middle aged white woman) nevertheless co-mingles these disciplines with dance in an attempt to choreograph coping strategies and wood-based and web-based solutions to geopolitical (and personal) phenomena. Among Ellsworth’s honors are: Doris Duke Artist Award (2019), Guggenheim Fellowship (2016), Doris Duke Impact Award (2015), NEFA National Dance Project Grant (2017, 2014), Creative Capital Fellowship (2013), and USA Artists Knight Fellowship in Dance (2012). She has received three National Performance Network Creation Fund Commissions (2004, 2007, and 2016). Ellsworth has performed all over the world and has been teaching at CU since 1998.

Sean J. Patrick Carney. “Dark Eco-Comedy: Austin’s Fusebox Festival,” Art In America. (May 2, 2019)
“Ellsworth has somehow squeezed an unreasonable amount of late capitalism’s extant anxieties into one of the most affecting performances I’ve seen in years. The Rehearsal Artist made visible a century’s worth of social accelerants stoking the Anthropocene, all in the time it takes most of us to get to our jobs. It is—I say this with sincerity—an important work.”

Claudia La Rocco. “Notes to Self.”  ArtForum. (29 January 2015)
“... a simultaneous belief in and skepticism toward the power of performance as cathartic social encounter.”