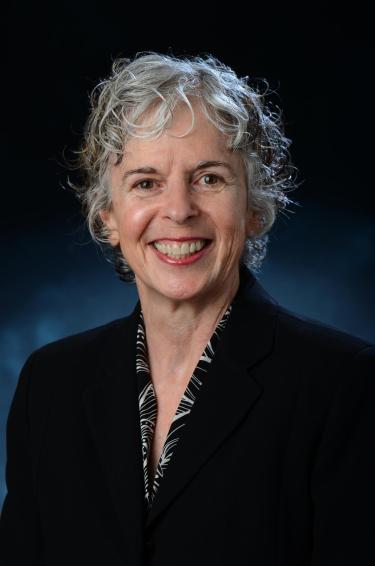 Distinguished Professor Lorrie Shepard will present a virtual lecture titled "What Research on Learning Says about Testing and Assessment."

The use of standardized achievement tests is controversial, especially the use of state tests mandated by federal law to hold schools accountable. Policymakers advocating for state tests believe they ensure equity by requiring that test results be reported for racial and ethnic subgroups and for students with disabilities. Opponents of “high-stakes testing” point to evidence of stress, instructional time lost, and narrowing of the curriculum because of pressure to “teach-to-the test.”

To analyze these competing claims, Professor Shepard offers a brief history of learning research including late-20th-century cognitive research and more contemporary research in the learning sciences, while sharing findings from her own work and that of CU colleagues.

One hundred years ago, multiple-choice test formats, still in use today, were well-suited to a rote-learning, basic-skills curriculum. Multiple-choice tests worked well given the belief at the time that memory-focused learning needed to be mastered first before moving on to thinking and reasoning. Then, in the heyday of standards-based education reform, following the 1989 H.W. Bush Education Summit, leading cognitive researchers argued for more challenging curricula emphasizing thinking and problem solving. They thought they could overcome the narrowing effects of high-stakes testing by having “tests worth teaching to.” Indeed, there was a brief flowering of more open-ended and challenging performance assessments. But these innovations were short lived, because No Child Left Behind (NCLB) legislation in 2001 mandated so much testing that states could afford very little beyond multiple-choice test questions. In addition, the pressure to raise test scores prompted school districts to purchase commercial, quarterly “interim test” products in preparation for end-of-year state tests.

A very different, equity-focused vision for assessment in classrooms holds that students’ intellective and affective capabilities and ways of being are jointly developed through social interaction, inside and outside of school. Present-day learning research emphasizes the importance of instructional practices that attend to students’ cultural resources from home and community and that integrate – on an ongoing basis – development of student agency, identity, and sense of belonging along with the ways of thinking and doing in specific subject matter domains. This view of learning helps us draw close connections between assessment practices and ambitious and responsive teaching.

For example, contemporary learning research argues for more “discourse-based instructional practices,” which involves students in talking about their reasoning, thus making it a part of the classroom culture to learn from and critique the reasoning of others. The importance of helping students develop the ability to explain their reasoning and to support an argument with evidence can be seen in today’s standards for mathematics, science, English language arts, history, social studies, and other subject areas. These interactive strategies help to develop students’ abilities to make meaning and internalize knowledge – thus moving away from memorizing yet enhancing memory by deepening conceptual understanding. Such collaborative inquiry and talk-based instructional practices provide for feedback and self- and peer-assessment, often without the need for formal assessment instruments.

Professor Shepard will share examples of how districts are able to support the development of formative assessment practices that enable deeper learning – even in the face of high-stakes testing. Better still, upcoming reauthorization of federal law could reduce the amount and severity of testing mandates, thus make room for more engaging learning opportunities in classrooms.

Lorrie Santillo Shepard earned her B.A. in history from Pomona College in 1968, the first in her family to attend college. She received her M.A. in Counseling from CU in 1970 and her PhD in Research and Evaluation Methodology, also from the University of Colorado Boulder, in 1972.

Professor Shepard’s technical work in the field of educational measurement focused on bias detection, standard setting, and validity theory. In the 1990s, she helped to expand the criteria for test validity from the old idea, “does the test measure what it says it measures” (analogous to truth in labeling standards), to the more demanding standard for approving a new drug. Does the evidence show that this product is “safe and effective?” Her empirical studies examining the effects of kindergarten screening and grade retention were cited extensively in the 1999 National Academy of Sciences consensus report, High Stakes: Testing for Tracking, Promotion, and Graduation.

In recent decades, Professor Shepard’s work has emphasized the integration of learning theory with classroom formative assessment. In her American Educational Research Association (AERA) presidential address, “The Role of Assessment in a Learning Culture,” she argued that support for deep learning requires fundamental changes in both the performance tasks used to instantiate valued learning goals and the social meaning of evaluation in classrooms. “Our aim should be to change our cultural practices so that students and teachers look to assessment as a source of insight and help instead of an occasion for meting out rewards and punishments.”