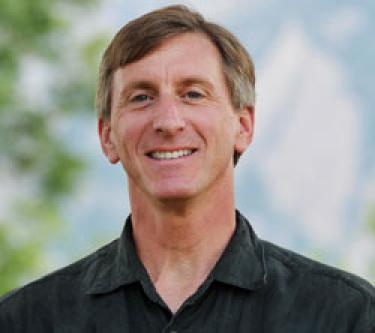 Paul Komor is the founder of the RASEI Education programs at the Renewable and Sustainable Energy Institute (RASEI) and a lecturer in the Environmental Studies Program at the University of Colorado Boulder.

As RASEI’s first Education Director, Paul worked to establish CU-Boulder as a leader in energy education. Paul also has an active research program in renewable electricity policy, and teaches undergraduate and graduate courses in energy technology and policy.

In 2007, Paul shared in the Nobel Peace Prize awarded to Al Gore and the Intergovernmental Panel on Climate Change (IPCC) “for their efforts to build up and disseminate greater knowledge about man-made climate change, and to lay the foundations for the measures that are needed to counteract such change". The IPCC consists of a large number of scientists and researchers – including Paul, who co- authored a chapter on “Mitigation Options for Human Settlements” in the IPCC’s Second Assessment Report. For his work with the IPCC, Paul was named a contributor to the Nobel Peace Prize.

D. Hyde and P. Komor, “Distributed PV and Securitization: Made for Each Other?,” The Electricity Journal, Volume 27, Issue 5, June 2014.