Home Becoming Modern Voices from the Past: The Human Cost of Japan’s Modernization, 1880s-1930s 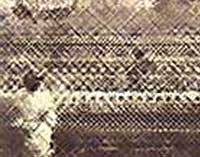 In many world history curricula, the study of modern Japan  moves from the Meiji Restoration (1868) directly to the beginnings of World War II. If time allows, a quick overview of the Sino-Japanese and Russo-Japanese Wars may be included as the beginning of Japan’s trajectory towards empire and World War II. The “big idea” taught about Japan in the late 19th and early 20th centuries is that Japan played rapid “catch up” to the West with a deep and broad transformation and modernization. The complex dynamics of this rapid modernization—both its benefits and costs—are often overlooked in a crowded curriculum, but it is an important story, paralleling the story of the costs and benefits of modernization in the Western nations that preceded Japan in this process.

This lesson considers Japan’s domestic stories of modernization in the late 19th and early 20th centuries, with a focus on segments of Japanese society that did not immediately reap the benefits of modernization and change—people in the lower levels of the social order, particularly the peasantry (Hane 1982, 9-10).  The mining and textile industries were fueled by the labor of women recruited from poor rural areas. While the industries boomed, these workers, typically, did not share in the prosperity experienced by their employers (Bingham and Gross 1987, 157). Sharon Sievers (1983, 57) emphasizes the role of women in modernization,  “Without the work of Japan’s women, the apparent miracle of Japan’s economic growth might not have been possible.”

Several groups of people did not benefit immediately from this modernization; in fact, their situations may have declined. Farmers,factory workers, women who went into prostitution, and miners were among those people who worked long hours at dangerous jobs for low pay or who contracted tuberculosis as a result of their working conditions. Japan’s historical outcasts, the Burakumin, whose lives had always been disadvantaged due to a caste system, also bore the burdens of industrialization. Of course, it is important to note, and to make the connections in the classroom, that the “downside”  of modernization was not unique to Japan. Virtually every country that underwent modernization beginning in the mid-19th century experienced similar paths, and students should be aware of the situations, and parallels, through their study of U.S. and European history.

In recent decades, historians have conducted extensive research into the modernization experiences of previously unrecorded voices, contributing to a rich social history of this period that draws on memoirs, diaries, newspapers, and other accounts. In this lesson, students have the opportunity to work with some of this research, tapping into sources and narratives that are often omitted in textbook coverage of the period. Students will apply reading, document interrogation, and analysis skills, using a variety of primary sources, to consider the stories of the “under classes” of Japan’s modernization. Through these voices, students begin to build a representational “picture” of those who did not experience the prosperity of Japan’s rapid modernization. These voices will add  another dimension to students’ understanding of the complex process of modernization, as experienced globally, and some of its costs in Japan from the 1890s to the 1930s in particular.

The word “miracle” is often used to describe Japan’s economic and political rise during the Meiji era, 1865-1912, into the Taishō era, 1912-1926.  Although most historians now agree that the foundations of modernization began in the Tokugawa era, dramatic political, economic, and social changes were undertaken in the late 19th and early 20th centuries.  As in all countries in the process of modernizing, some segments within Japanese society greatly benefited from the process, while others faced increasing hardships, at times working and living in extremely challenging conditions.

Through the Meiji Restoration of 1868, disgruntled and disempowered members of the privileged samurai class restored the Emperor as leader of the nation and both constructed and led a modern government in his name. The samurai elite who gained power by re-establishing the emperor ushered in an extensive reform program that touched virtually every aspect of the Japanese political, economic, and social fabric, launching a new era for the country.

For the new Meiji leaders, achieving equal status with the Western powers was a paramount goal, and the means to that end were high-speed industrialization and modernization of all aspects of society.  Three slogans embodied this modernization effort:

Among the widespread changes that went along with industrialization were the development of infrastructure, modern banking, national mandatory education, and modern armed forces. In the process, the family modernized, established gender roles were questioned, and women entered the paid labor force. Urban centers grew and reflected a modern, cosmopolitan lifestyle that linked them to centers of culture in Europe and the United States (Faison n.d.).

The national government was the main driver and funder of the Meiji economic miracle. Taxes provided much of the capital used to fund the building of new economic infrastructure.  Large-scale public works projects, including overhauling the communication and transportation systems, building roads and railroad lines, and implementing postal and telegraph systems, dominated the era. Selected industries were targeted, and capital was delegated for the building of shipyards, factories, and technical institutions.

In rural areas, land was privatized, allowing farmers to sell their property, and, in an attempt to increase productivity, farmers were allowed to grow crops of their choice. Although such changes gave the appearance of benefiting the rural population, the implementation of the land tax reforms, which had to be paid in cash instead of in rice as previously paid, resulted in an enormous burden on land-owning farmers.

During this technological leap forward, the government and business owners promoted the ideals of a “ladder of success”: this was the idea that, through education, determination, and modernization, anyone could be successful. This ideal, however, was unrealistic for the Japanese men and women who made up the working classes, much as was the case in Western societies.  Instead, the effects of industrialization created greater challenges and miserable conditions for many (Yonemoto 2014).

Although the reforms mentioned above resulted in great profit for some and overall greater wealth for the nation, not everyone benefited from the nation’s race to modernize. During the period from the 1880s to 1930s, thousands of Japanese found themselves in situations of great inequality and economic hardship. Again, in situations that mirrored the experiences of other nations that had undergone industrialization and modernization, the laborers who formed the backbone of Japan’s economic miracle were generally oppressed by poor wages, poor work and living conditions, and economic instability. Men, women, and children from Japan’s lower social classes—including the hereditary outcast class, the burakumin—labored in the textile and silk reeling factories, in the coal mines, on farms, and in the brothels (Hane 1982). Contemporary historical research has given greater voice to these groups’ experiences, enabling us to gain a deeper and more detailed picture of modern class and gender history in Japan, as well Japan’s experience of modernization. With access to these experiences, students can consider parallels in the modernization process of nations globally.

Option A: Have students apply their findings by creating a unified action agenda based on shared concerns across the five groups that they studied. Let students know that social and political activism was an outgrowth of the poor conditions of many workers during this time, not just in Japan but in countries around the world.

In their groups from Step 7, ask students to turn their attention to identifying common problems that groups shared, despite their different conditions. What issues united them? If they could make conditions better for all five groups, what would they ask for?  Have groups identify specific examples and specific wishes or actions by the government or the industry owners that would improve their conditions. Either in their groups or for homework, have students draft a petition to the government for action to improve the lives and working conditions of Japan’s early 20th-century laborers. Petitions should include a rationale for why these workers deserve better conditions and at least four specific grievances and improvements.

Option B: Students can apply their learning through the following written assessment activity. Drawing on their group/class discussions and using specific supporting evidence from the primary sources, assign students to write a reflection paper answering the question: “What was the human cost of Japan’s rapid modernization (1880s-1930s) for the lower social classes?”

Standards for the English Language Arts: