Before I’d Be a Slave, by Undine Smith Moore 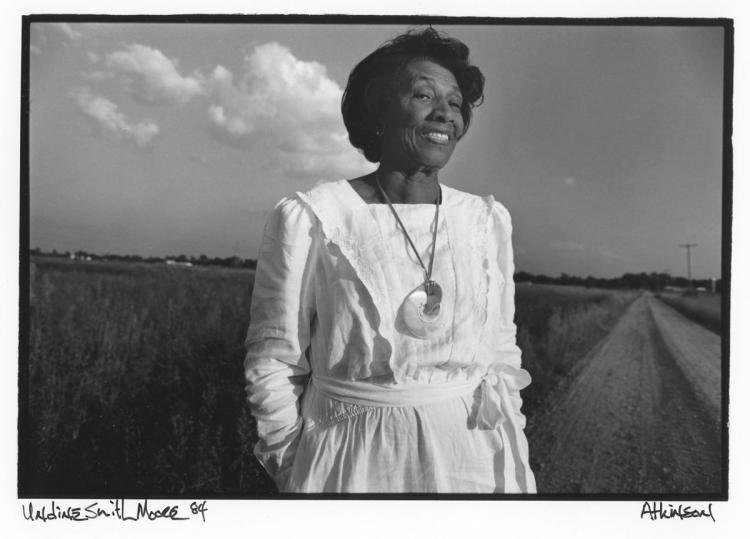 Before I’d Be A Slave is a four-page piano piece written by Undine Moore in 1953. It is graded as advanced level of difficulty. The piece was commissioned by Barbara Hollis for the Modern Dance Group, Virginia State College. Moore wrote on the title page:

“It follows a program which I would hope is evident in the music without verbal  explanation – in general:

In frustration and chaos of slaves who wish to be free

Tug of war with the oppressors

A measure of freedom won – some upward movement less lacerating

Marked Furioso, the piece opens with a series of clusters intensified by accelerando. Highly dissonant, the piece presents a whirlwind of strong emotions. There are many wide dense chords (a student needs to reach a 9th easily), octaves, and tremolos. The composer left markings indicating characters like “tug of war”, “great power”, and imitation instructions “like a xylophone”. The piece requires a performer with exceptional stamina and concentration to play dense texture combined with jumps and rapid dynamic changes.

Undine Smith Moore (1904-1989) was an accomplished African-American composer, teacher, and arranger. Often referred to as the “Dean of Black Women Composers”, Moore left a legacy of more than 100 compositions in a variety of forms. She was best known for her choral works and arrangements of spirituals. Born in Jarratt, Virginia, Moore obtained her musical education at Fisk University and Columbia University. After finishing her graduate degree at Columbia University, Moore joined the music faculty at Virginia State College, where she taught piano, organ, and music theory until her retirement in 1972. Moore’s musical and teaching career was so diverse and renowned that she received honorary doctorates from Indiana University and Virginia State College. Probably Moore’s most ambitious work, a cantata written in honor of Martin Luther King, Jr., “Scenes From the Life of a Martyr,” was nominated for a Pulitzer Prize. Moore felt strongly about the inclusion of African-American music in high school and college programs but wanted to avoid stereotypes around it. She once said, “Black music is a house of many mansions. Blacks have many musics and some of them relate in an extremely universal way to the human condition.” She believed that the term “black music” should only mean music written by a black person.