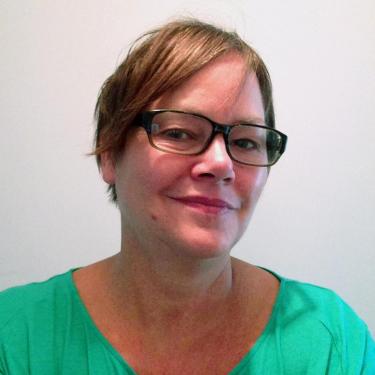 Reader and Director of the Centre for Research Architecture, Goldsmiths

Susan Schuppli is a researcher and artist based in  the UK whose work examines material evidence from war and conflict to environmental disasters and climate change. Current work is focused on ice core science and the politics of cold.

Schuppli is Reader and Director of the Centre for Research Architecture, Goldsmiths where she is also an affiliate artist-researcher and Board Chair of Forensic Architecture. Previously she was Senior Research Fellow and Project Co-ordinator of Forensic Architecture. Prior to working in the UK she was an Associate Professor in visual/media arts in Canada. Schuppli received her PhD from Goldsmiths and participated in the Whitney Independent Study Program after completing her MFA at the University of California San Diego. She is the recipient of the 2016 ICP Infinity Award.

Research Summary: My work as an artist and writer has explored the ways in which non-human witnesses, such as materials and objects, enter into public discourse and testify to historical events, especially those involving political violence, ethnic conflict, and war crimes. This work has assumed many different modes of communication from legal analysis and public advocacy to theoretical reflection and creative exploration. My current research and artistic production expands these investigations to examine how environmental systems and the transformations brought about by global warming are also generating new forms of evidence; creating, in effect, a planetary archive of material witnesses.

Lecture: Cold Rights in a Warming World
This presentation builds upon a body of work that I have been developing over the past few years exploring the many different knowledge practices that are mediated by "ice" from scientific expertise to local knowledge and indigenous traditions. My first phase of research explored ice cores as a planetary archive comprised of “material witnesses” that are capable of recording the Earth’s complex atmospheric histories. Ice acts a natural storage medium for recording climatic events because of its unique ability to capture and store evidence of greenhouse gases over hundreds of thousands of years. The air bubbles trapped in ice are not simply data-proxies that scientists read in order to understand the past in the ways that they might decode trees to gain insight into historic temperature variations, rather, it is literally ancient air and thus provides unique and direct evidence of climate change. This research also resulted in a documentary film shot in the Canadian Ice Core Archive and at a US Geochemistry lab where I spent time with the scientists that undertake its complex gas analysis. It also entailed conversations with the labourers who manage these icy infrastructures such as the drillers who extract cores under conditions of extreme cold and the archivists whose role it is to preserve and catalogue these fragile frozen samples of the Earth’s history in national ice core repositories. More recently I've been filming in Svalbard Archipelago as part of inquiry into sea ice and the geopolitics of the Circumpolar North, whereas the next phase its focus to glaciers. Specifically the Hindu Kush Karakoram ranges of the Himalayas. This is an area of the world where the changing material conditions of glacial ice are not only impacting directly upon local communities but also weather systems globally. In developing these sequenced projects over a number of years, each with multiple outputs, my research aims to coalesce disparate—and oftentimes incommensurate—forms of knowledge across a wide range of spatial scales and contexts that, when taken together, create a more complex understanding of our current ecological condition.