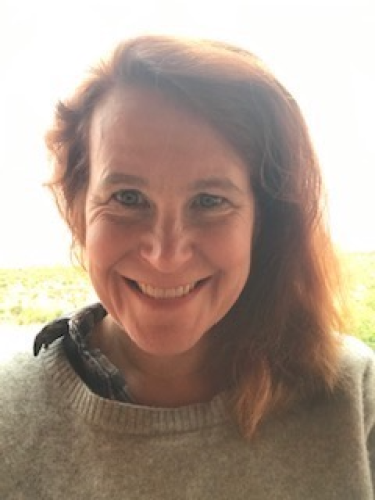 Julianne Warren is a freelance writer, storyteller, and organizer with degrees in music, linguistics, and a Ph.D. in wildlife ecology.

Coming from a family-culture of white, U.S. middle class privilege and fundamentalist-evangelical restrictions, Julianne thinks a lot about what it means to participate in and resist oppressive systems. As an ex-vangelical and unsettling settler, she has been relearning the world, on repeat. For her, this means learning first to listen on-the-way to becoming a better relation, particularly in allyship.

Julianne's works—many of which tune into the inaudible although unfallen silent, of humankinds and all kinds—appear in a variety of venues. These include, Newfound, Minding Nature, Zoomorphic, The Poetry Lab of The Merwin Conservancy, Lost and Found Theatrum Anatomicum, and The Deutsches Museum, and several book collections as well as talks and sound art performances.

She has authored an intellectual biography, Aldo Leopold’s Odyssey, developing this influential U.S. conservationist’s ‘land health’ concept. It is one that resists industrial-capitalist assumptions and practices, yet not settler colonial and white supremacist ones. In a new collaborative project that is centered by Indigenous colleagues’ insights, Julianne is sounding out troubling details in Leopoldian inheritances. Looking back, she is self-critiquing her complicity. To listen, in this case, is to explicitly refuse—and, to suggest protocols for refusing—oppressive proposals of her birth-cultural ancestors with commitment to anti-racism and decolonizing alternative futures.

Julianne gratefully acknowledges the many gifts of educational labor and expert knowledges shared by members of the Gwich’in Steering Committee and Native Movement. While living far north, she served for two years with an allied grassroots group, the Fairbanks Climate Action Coalition, as a council member and co-facilitator of #KeepItIntheGround! working group. For her Arctic Refuge advocacy support, the Northern Alaska Environmental Center honored Julianne as an Activist of the Year. She also has been serving as a support coordinator for Gwich’in Steering Committee in their Indigenous Womens’ stories book project.

Julianne’s visiting engagements are wide-ranging and include core faculty appointments for two U.S. National Endowment for the Humanities Summer Institutes. She has been a Massey University International Visitors Fund Scholar-in-Residence in Aotearoa New Zealand. She was a visiting lecturer at Hunan University in Changsha, China.  Julianne was named a Scholar and Fellow at the Center for Humans and Nature. She also served as an Ecosphere Studies collaborator and visiting scholar at The Land Institute in traditional lands of the Kaw Nation Salina Kansas.

For the past year, Julianne has been writing while absorbing sunlight in ancestral Tewa homelands, Jemez Pueblo, New Mexico and reviewing responsibilities to her original home-place in traditional Munsee Lenape lands Catskills, New York. She, with her partner, is scheming a late winter return to their community in the traditional territories of the lower Tanana Dene Peoples and the Dena'ina Peoples occupied by Fairbanks, Alaska.