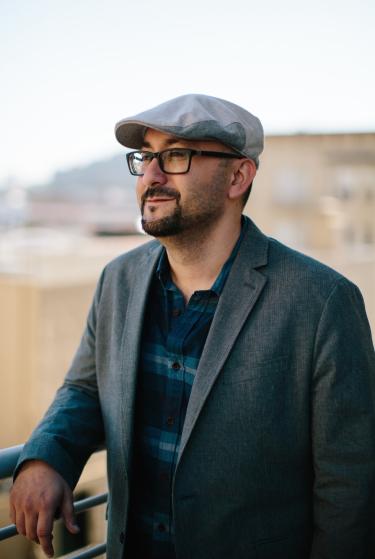 Associate Professor, English Department at the University of Hawaiʻi, Mānoa

Craig is an indigenous Chamoru (Chamorro) from the Pacific Island of Guåhan (Guam). He is a poet, scholar, editor, publisher, essayist, critic, book reviewer, artist, environmentalist, and political activist.

Craig is as an Associate Professor in the English Department at the University of Hawaiʻi, Mānoa, where he teaches creative writing, eco-poetry, and Pacific literature. He is affiliate faculty with the Center of Pacific Islands Studies and the Indigenous Politics Program, and he is Chair of the Hawaiian, Asian, and Pacific Islander Board in the Office of General Education. He was the Director of the Creative Program from 2014-2016, and 2019-2020.He earned a B.A. from the University of Redlands (2002), an MFA in Creative Writing from the University of San Francisco (2006), and an MA (2009) and Ph.D. (2015) in Comparative Ethnic Studies from the University of California, Berkeley. He was a faculty member for Voices of Our Nations Arts Foundation (VONA, 2018), Kundiman Writers Retreat (2019), and Mokulēʻia Writers Retreat (2019).

He is the co-founder of Ala Press (the only publisher in the US dedicated to Pacific literature) and the co-editor of five anthologies of Pacific literature and eco-literature: Chamoru Childhood (2008), Home(is)lands: New Art and Writing from Guahan and Hawaiʻi (2018), Effigies III: Indigenous Pacific Islander Poetry (2019), Indigenous Literatures from Micronesia (2019), and Geopoetics in Practice (2020).

At the University of Hawaiʻi, he co-curates the Native Voices Reading and Lecture Series, the Chamorro Studies Speaker Series, and the New Oceania Literary Series. He is a participating scholar for the Humanities for the Environment Asia-Pacific Observatory.

He has performed his poetry and delivered lectures in Guam, New Zealand, Australia, Taiwan, Hong Kong, the United States, Canada, Puerto Rico, England, Germany, and Russia. He was a keynote speaker during the Festival of Pacific Arts (2016) and the Indigenous Book Festival (2015). His work has been translated into Chinese, Japanese, and Spanish.

Craig has been a finalist for the Los Angeles Times Book Prize (2010) and the Kingsley Tufts Award for Poetry (2019), and he has received the Pen Center USA/Poetry Society of America Literary Prize (2011), the American Book Award (2015), the Lannan Foundation Literary Fellowship (2016), and the Hawai’i Literary Arts Council Elliot Cades Literary Award (2017), the most prestigious literary prize in Hawaiʻi. He received a Ford Foundation Fellowship for his scholarly research (2009-2011). In 2016, he received the University of Hawaiʻi Chancellors’ Citation for Meritorious Teaching.

His work has been featured in BBC Cultural Frontline, CNBC, The Atlantic, Slate, The New Republic, Vice, The Guardian, The World Meteorological Organization, The Honolulu Star Advertiser, Honolulu Magazine, The Pacific Daily News, and The Guam Daily Post. He has performed his environmental poetry at the 350.org Honolulu Climate March, The International Union for the Conservation of Nature, UCN World Conservation Congress, the Hawaiʻi Conservation Alliance conference, the Sydney Environment Institute, and the International Conference on Environmental Futures.

In 2010, the Guam Legislature passed Resolution No. 315-30, recognizing and commending Craig “as an accomplished poet who has been a phenomenal ambassador for our island, eloquently conveying through his words, the beauty and love that is the Chamorro culture.”

In this hybrid talk and poetry reading, I will show how Pacific Islander literature makes visible the interconnections between diverse environmental and human scales, spectrums, and spaces. Launching from Epeli Hauʻofa’s concept of “the tenth horizon,” we will poetically navigate the catastrophes wrought in the Pacific by militarism, nuclearism, and ecological imperialism, as well as the solidarities woven by indigenous, racial, sovereignty, climate, and food justice movements. Throughout, I will argue that Pacific eco-poetry articulates indigenous ethics, critiques colonial exploitation, and imagines sustainable futures.