A scar is a mark. A mark of a “wound, burn, or sore that has not healed completely” (Oxford Dictionary, 2021). Different types of scars exist beyond that of bodily tissue scars, one type being ecological scars. Ecological scars appear due to the human-produced wounds of industry and extraction. Ecological scars aren’t always visible but show their presence in various ways. The most readily visible scars are found in the landscape: mining pits, dried waterbeds, and sites of nuclear damage. Tree rings exhibit scar marks in a similar way to human skin and note a past fire. The most inconspicuous form of harm is human scars. When I say human scars, I am not speaking of connective tissue scarring, but rather of the internal scarring that occurs due to nuclear tests, air pollution, and runoff.

A scar on bodily tissue forms connective tissue that has a different fiber pattern than the surrounding tissue. Standard body tissue weaves itself in varying directions, while scar tissue threads in one direction (Goldman, 2016). This is because the skin is trying to heal itself in the fastest way possible, but not necessarily the best way possible. A scar’s formation occurs in tandem with the body responding directly to an injury. A series of bodily processes occur during this response, including inflammation and the activation of fibroblast cells sent to the site of the injury (Goldmann, 2016). The human body is a system in the same way that Earth is a system. Earth endures these scars as a mechanism of healing, but much like a human body, if these scars are not rehabilitated well they lead to dysfunction.

Just because a scar in the landscape may be isolated from the human eye does not mean that scar does not affect Earth’s system as a whole. Earth’s landscape consists of interconnected elements and beings; Kyle Whyte writes, “Ecosystem is a term that has one of its origins in the field of ecology. The term often refers to a community of relationships of organisms that are connected through their sharing of nutrients and energy” (Whyte, 268). The formation of ecological scars activates Earth in a similar way to how bodily scars activate the body. Scars can be intentional, but they always evoke pain in their healing process. 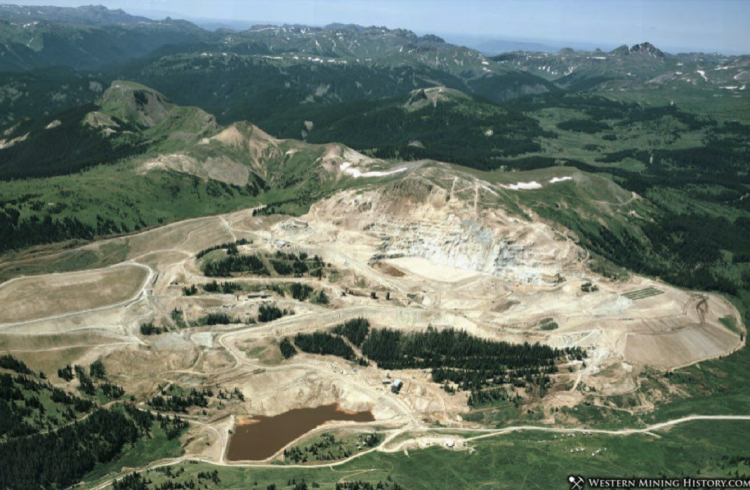 A scar is a form of residue, it is a marking that represents a past harm and lived history. Resource extraction presents many visible scars. This process does not reciprocate its act or give back to the land, it only removes layers of the earth’s surface until there is nothing left to extract. It is a violent process that strips the land of the ability to heal itself. A being can heal from a few scars, but when there is a multiplicity, an exponential amount of scars growing in number and scale, how can the healing occur? Extractive scars are occurring and have depleted the land on vast expanses of this planet. Just as these scars of extraction are present globally, they are present locally here in Colorado as well.

Ecological scars occur in various ways but for similar reasons. Other examples of visible ecological scars include scars from logging, scars from beetle kill, burn scars from forest fires, and dried water sources. While these ecological scars may seem less directly connected to human influence than scars due to human resource extraction, they are still related to our influence on the planet. For instance, in an article from the USDA regarding invasive bark beetles, it is noted, “research suggests warming summer and winter temperatures are major drivers of beetle population outbreaks across the US, and apparent range expansion in some species” (Bentz, Klepzig, 2014). Additionally, research suggests that large and severe fires are associated with warm and dry conditions, and such conditions will likely occur with increasing frequency in a warming climate (Halofsky, Peterson, Harvey, 2020). Human-caused climate change is directly correlated to these events and increases in ecological scarring. 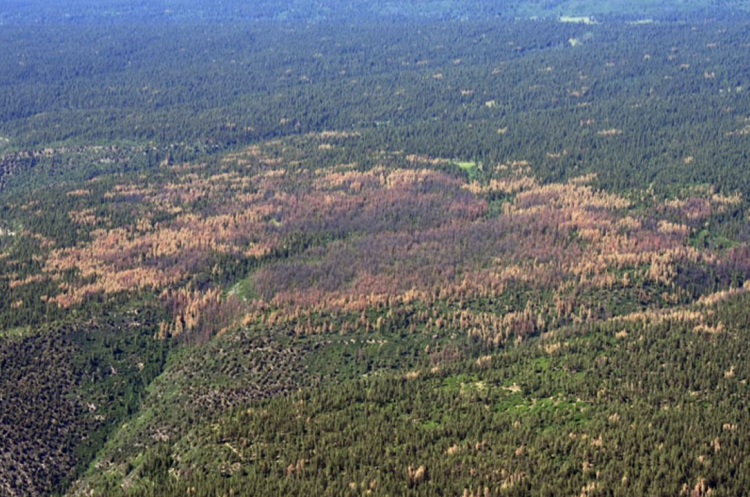 What about invisible ecological scarring? What about the scars that are not as readily visible to the eye but still just as present? Rocky Flats National Wildlife Refuge in Colorado is an example of one such site of invisible ecological scarring. Contamination can be invisible. For almost 40 years, nuclear weapons parts were produced at Rocky Flats. The industrial facility used radioactive materials and more than 8,000 chemicals. From 1952 to 1989, Rocky Flats workers used plutonium to build nuclear weapons triggers, called "pits." Workplace accidents, spills, fires, emissions, leaking storage containers, and day-to-day operations allowed plutonium and chemicals to be released from the plant site. Plutonium has a half-life of 24,000 years, meaning this invisible radioactive material will scar the landscape for a very long time (Moore, 2015). 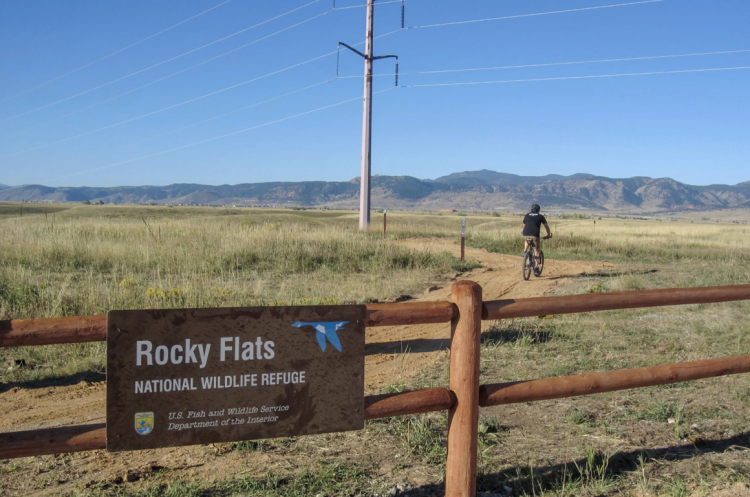 Another example of invisible ecological scarring is pollution runoff. One such site is Globeville in Denver, CO where runoff from a smelter has resulted in the area becoming an EPA superfund cleanup site. According to the EPA website, “Various metal and refining operations took place on-site between 1886 and 2006. Historical operations contaminated soil, sediment, groundwater and surface water with metals and other chemicals.” Globeville has historically been a residential area for immigrants and remains so today. People are living intertwined with the contamination caused by the smelting that previously took place. Jacqui Patterson states, “Where you live is a powerful indicator of health and well-being, due to social, economic, and environmental factors, such as air pollution. Place matters.” The location of one’s neighborhood greatly impacts one’s health; land and personal health are inextricably linked (Whyte, 268). The scarring of the land can lead to personal and physical scarring due to health problems that may arise from issues such as chemical contamination.

How do we learn how to better live in unison with the land? How to appreciate it and honor it and help it heal? This statement from Wendell Berry stands out to me, “The more local and settled the culture, the better it stays put, the less damage. It is the foreigner whose road of excess leads to a desert” (Berry, 8). Stay local and appreciate your local surroundings, advocate for them to stay healthy and well cared for. When harm comes their way, stand up for them and help them heal in whatever way possible. Amy Hoagland is a Louisville, KY born artist. She is currently attending the University of Colorado, Boulder as a candidate for her Masters of Fine Art in Sculpture.  Her work focuses on the role that humankind plays within nature, discussing how human’s technological advancements are progressing Earth’s ever evolving structure.