Of Land and Dreams (2017) is a collaborative mapping project engaging land and community-based artistic practices, with a focus on the land, water, and people of the Dakotas - Teri Rueb and Alan Price with the Of Land and Dreams collective. 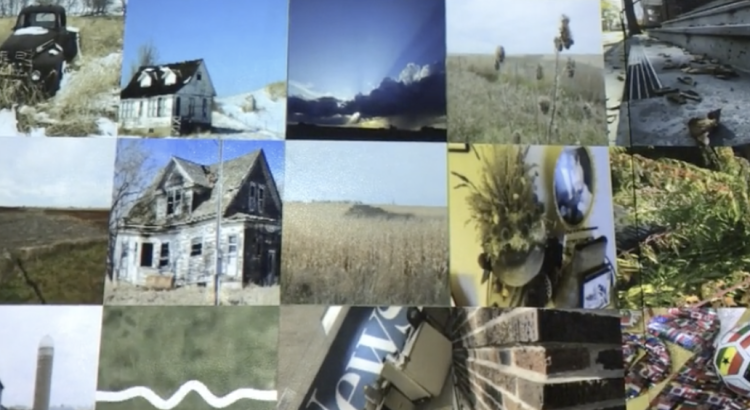 The text below is based on a phone conversation I had with Teri Rueb on March 1, 2021. I sought to capture in a narrative form how Rueb’s work on Of Land and Dreams flows into a dialog, akin to talking informally with the artist in-person.

Teri Rueb is a professor at the University of Colorado Boulder in the Department of Critical Media Practices and a distinguished media artist. Her current work-in-progress is a sonification of the Scaled Solar System commissioned by the  Fiske Planetarium at CU Boulder. Rueb describes the piece as one in which people will move across campus, listening to a mobile device that generates sound in response to their movement and location.  The sounds are derived from the data of orbital positions, as well as the relative size and distance of each planet from the Sun. This project is a new direction in Rueb’s work, and she exudes excitement in expanding her work from the land to the celeste.

In contrast to Rueb’s involvement in the Department of Critical Media Practices, her artistic projects have usually been outside of the institution, and she tells me she has a vested interest in this. For example, another current project is a collaboration with electrical engineer David Anderson. The project centers around acoustics and loudspeaker technology, or what can be thought of as a form of “acoustic holography.” Together, they create a landscape of sounds through puretones that reveals the uneven distribution of sounds in acoustic phenomena, as well as our human cognition and perception. Rueb describes this as an intimate encounter with the listening body and its tiny movements.

With Rueb’s repertoire in land art and locative media (sometimes referred to as GPS art), she tells me she is often commissioned for specific projects, and this was the case for Of Land and Dreams. In 2016, she was called out-of-the-blue by the gallery director at Northern State University (NSU) in Aberdeen, South Dakota, and invited to develop a site-specific, community-based art project supported by “the new works fund.” Based on our shared interest in working outside of the institutional context, I asked what kind of influence the university had on this work. She explains how the fund precisely seeks to bring NSU beyond the academic bounds, bridging the university and local community. She partnered with Alan Price, a media artist and Associate Professor who is now Director of the Center for Immersive Media at the University of the Arts in Philadelphia.  Their intent was to approach the context of Aberdeen and the Dakota’s more broadly with a “critical mapping” project.

”The Dakotas have become the focus of contemporary debate about land, water and natural resources. Can this conversation move from the head to the heart?”

Rueb tells me that on commencing their work in Aberdeen, the local Native American community  was prioritizing  “cultural revitalization efforts,” but that also at this time in 2017, the protest at Standing Rock was starting to get media attention. Standing Rock was a movement and series of protests concerning The Dakota Access Pipeline affecting the Standing Rock Sioux Tribe/ Lakota. Rueb mentions she spent some time at Standing Rock and describes this period as the catalyst for the final work. Early in the project she had learned about the  the Lakota story of a “Black Snake” which symbolizes the prophecy of a threat to the land and people and how this compounds with the pipeline. 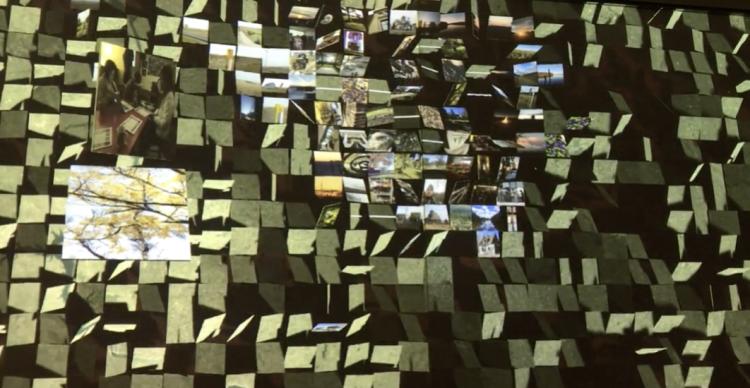 Since networked and participatory projects take a lot of time to form trusting relationships, I became interested in how Rueb mediated collaboration and participation in this project as it also relates to my research. She responds that she has worked with Native Americans in Western New York, Navajo artists in northern New Mexico and with students at the Institute of American Indian Art in Santa Fe, and discusses how forming relationships is very slow, yet should always be an organic building of trust. While Rueb notes Of Land and Dreams was not specifically focused on working with Native Americans, there was a complex of  cultural concerns in Aberdeen that intersected around native and indigenous communities, early Settlers, as well as more recent immigrants. With Aberdeen’s economic revitalization efforts, there has been significant contemporary immigration to the town. As the workforce changes, so has the cultural landscape of Aberdeen. Rueb says she began to see the tension between local people and their relationship to land, and the immigrant community who came for job prospects and low cost of living. Mediation means respecting that locals and immigrants have their own and collective relations and bonding to place, and through building trust, she explains this could become a conversation through a media art collaboration. Furthermore, Rueb brings attention to the moments of tension with indigneous and Settler communities, revealing the historical relationship of the pioneer Settler, the more recent oil industry and Standing Rock. 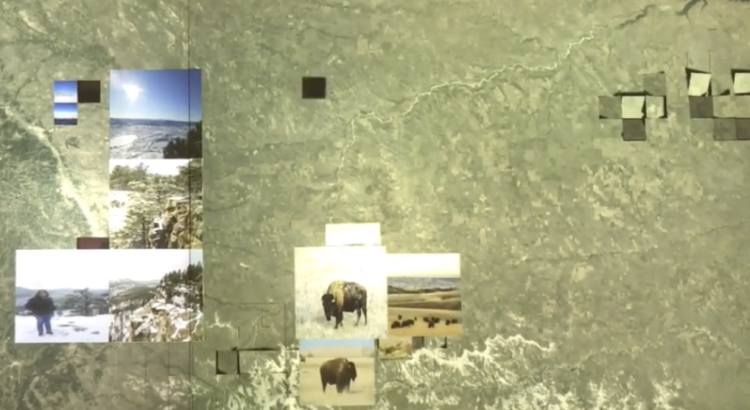 Although a networked community art project, Rueb and the team were committed to face-to-face interaction. The local coffee shop, Red Rooster, functioned as an informal community center and a window on local concerns and different perspectives on land. Regarding my own research, I find this pivotal to engagement, because despite works being funded by institutions with facilities provided, communities gravitate to their own safe spaces and any artist in a community-engaged role should consider this in planning. Beyond face-to-face conversation, Rueb notes that over time, it became clear that it was difficult to get people engaged in the making and production. People preferred social media and networks mediated by social media, and opening this format prompted people to contribute media and stories more readily. We discuss how Rueb is not a social media user herself, but I am and I find myself trying to direct people away from the leading social media platforms. Yet I realize my ideals are not in-line with what the communities I work with are comfortable and familiar with. So we agree the unfolding of the works and participant voices are what needs to drive the modes of communications and tools we use. 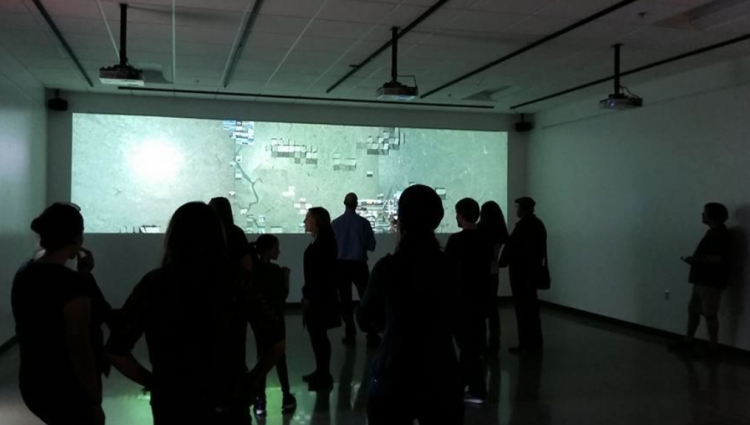 While documentation of the work can be viewed online, Rueb recaps that once you walk into the gallery, there is a large tiled projection that is body and motion responsive. As you brush your body across the surface, images would follow you and be revealed and concealed in response to your movement. Participants could contribute media through a mobile app or laptop in the gallery. I grew curious as to why the presentation of this work was fixed to the gallery, and not distributed like the media contributions were. She responds that while participants could view the work via the mobile app, or on the social media site of the project, having the work situated in the gallery was also important as a means of engaging in-person social dimensions.

Regarding data collection, Rueb recorded conversations and interviews and did critical mapping. She notes there was an equal level of engagement in the process of media  collection and the unfolding creation of the work. In the unfolding of the work, people shared reflections of contemporary interactions and transitions in their lives and of place. Additionally, Rueb emphasizes that in the interviews, there were moments of friction revealed through the Trump election and local tensions associated with immigration, and she listened to many stories of how people and communities became increasingly divided—making the process of opening large group conversations especially challenging and emotionally demanding.

I have noticed that it is difficult to keep community arts’ projects, specifically with platforms, operational beyond their funded timelines. We hope that these projects can have a lasting impact on communities, but that’s really out of our control. Instead, we might modify our expectations around our own lives as arts’ practitioners. On this note, Rueb closes by saying that she finds herself wanting to revisit this material to rethink her own place and reflect on these experiences— what happens five years out after these dialogues and beyond? 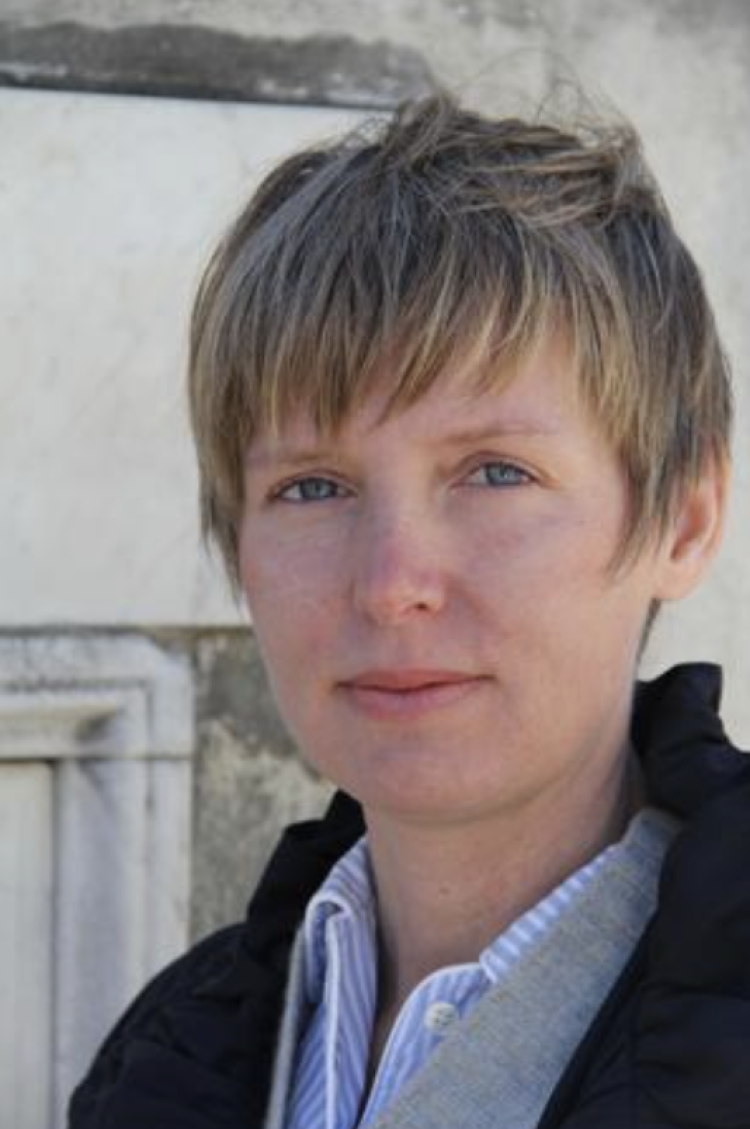 Teri Rueb is an artist whose work combines sound and site using mobile media. She is known for having established the form of GPS-based interactive installations, sometimes referred to as "locative media", as early as 1997. Her works have received awards including a 2008 Prix Ars Electronica Award of Distinction in the Digital Musics category. Rueb is the recipient of numerous grants and commissions from international institutions including the Isabella Stewart Gardner Museum, La Panacee, the Arnold Arboretum, Edith Russ Site for New Media, The Banff Center for the Arts, the Boston ICA / Vita Brevis Temporary Art Program, Santa Fe Art Institute, Artslink, Turbulence.org, and various State Arts Councils. She has lectured and presented her work worldwide at venues including Ars Electronica, ISEA, SIGGRAPH, Transmediale, The New Museum of Contemporary Art, Kiasma Museum, and IRCAM. She has been nominated for numerous awards including the CalArts Alpert Award, Rockefeller New Media Fellowships, and the Boston ICA Foster Prize. Rueb completed her doctoral degree at the Harvard University Graduate School of Design in 2011 where her research addressed constructions of landscape and subjectivity in mobile network culture. Rueb is Professor and Chair of Critical Media Practices at CU Boulder. 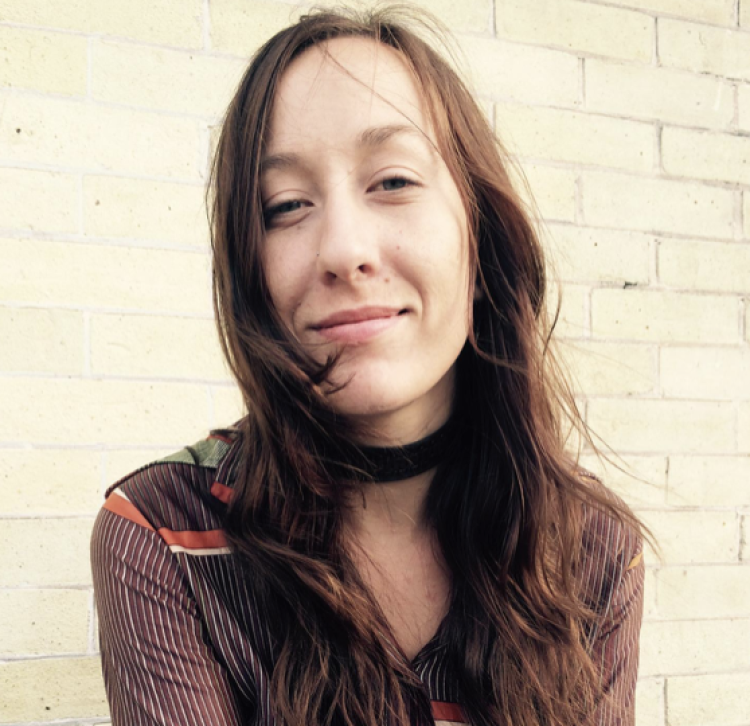 Kimberley Bianca creates media art and designs community platforms. She is a second-year PhD student in ETMAP where she is currently developing circuitBoard, a media art platform with blended meetups and a forum for prototyping works with exchanged technology. As a CU Engaged Arts and Humanities Scholar 2020-21, she is developing a program for workshops with foster families. In 2019, Kimberley completed her master's thesis “Innovating Electrofringe: A Distributed Curatorial Platform for Electronic Art”, at UNSW while directing the festival, Electrofringe. She has a BS in art and technology, where she co-developed the software-driven public art project “KaleidOk: Visually Communicating Emotions from Spoken Word”. Prior to studying, Kimberley freelanced as a VJ and AV technician in Australia and across Europe, and she has extensive international experience in participatory curation. Additionally, Kimberley makes audiovisual performances as Disaster Girl online and at underground cultural spaces.