We are consumed by advertisements. Our lives are decorated with enticing images and sharp catchphrases that are meant to elicit a response from us in our inherent role as consumers. Their depth is inescapable; advertisements peek out at us from roadways, they speak to us from radios, and they compel us to look via pop-ups as we browse the internet. We do not consent to advertisements, but they are fed to us and aim to create an environment in which we are inexplicably compelled to buy, watch, or do what they tell us to.

The possibilities of advertisement are more interesting than the realities. How can we alter the current status quo of advertising and create a shift that encourages us to move away from unabashed consumption – of clothes, of food, of travel destinations, or of material items – and towards awareness and positive change regarding that which affects our very survival? If advertisers can manipulate or influence the mentalities of any given consumer, why not ensure a creation of positive globalized behavior, as opposed to localized interventions that emphasize a small group of corporate interests?

Catch of the Day, Surfrider Foundation, 2008

The power held by advertisers is practically boundless, beholden only to the interests of their benefactors. Perhaps therein lies the answer – in a world where those who hold power are oftentimes those who create the conditions that the powerless must attempt to escape, the unrestricted powerful will continue to shift responsibility away from themselves and continue, business-as-usual. In a secular and consumerist world, advertising has a similar role to the church, the government, or other forms of interrelated sociopolitical powers.[1] The scale of the power of advertising is monumental, and must be made productive before it only destroys itself.

Contradictorily to Audre Lorde’s refrain about the master’s tools not being able to dismantle the master’s house, advertising’s maneuverability, dynamism, and relative accessibility make it a ripe area for environmental activism. These qualities are presented through the possibilities of new mediums for advertising, the wide reach of advertisements, and the relative accessibility of advertisement creation and distribution with the introduction of guerrilla and experiential marketing.[2] Advertising and marketing are no longer limited to the powerful…although the reach of the powerful is still overwhelming.

Is this inherently a negative element? Politics and the powerful are not diametrically opposed to interests of the environment, and there have been times where those in power have committed to enacting forms of environmental change. When Richard Nixon signed the National Environmental Policy Act into law in 1970, he did not view his power and the economic success of the United States as contrary to the goals of the environmental movement; rather, Nixon was clear to emphasize the unity needed to heal the environment, and the indubitable fact that the environment is a collective habitat in which we all thrive or fail equally.[3] The powerful must be invested in our global successes, for if we fail at the task of keeping our planet alive, their interests are inherently gone (as will be the human race).

The fact that the powerful must show vested interest in the success of the environmental project in order to prolong their profits may seem cynical, but it is no less true because of that. They find themselves between a rock and a hard place – they must either fundamentally change their practices and encourage others to do the same, or face the knowledge that humanity’s death is a direct result of their irresponsible practices. It is imperative to encourage them to take the former option.

Advertising has not excluded the environment from its endless customers. There have been attempts to create a so-called “green consumerism” as a subset of marketing in the United States, starting in the 1980s.[4] But we have seen that consumption is antithetical to the goals of an environmental and ecological movement. How can advertisement change its ethos from wanting us to consume and instead encourage us to change? It is not a novel idea – the scourge of political advertisements every two Novembers encourage us to change our minds and our voting habits, so why is this not replicated in contexts that encourage non-partisan change: change regarding the survival of our environment?

The possibilities of advertising for social change have begun to be explored. Advertising is a factor that is already present in the actions of many social activist groups, particularly in organizations that meld political advocacy with social advocacy.[5] Even beyond this, we have seen a rise in corporate advertisements that include environmental messaging in their campaigns, purportedly encouraging customers to make environmentally-conscious decisions. Though novel, these environmental campaigns are not unheard of. Unfortunately, many of them are an exercise in “greenwashing,” a term used by Paolo Peverini to define advertising campaigns that aim to obscure their own roles in the destruction of the environment, all the while freeing themselves of blame, continuing harmful practices, and encouraging consumers to be the ones who must be responsible for sustainability.[6] These companies do not necessarily do so to encourage purchases of their products, but rather in order to build up a social image that positions them as a net social positive.[7]

When our collective necessities are obscured and supplanted, turned into a political game, or otherwise removed from visibility, we must be able to reclaim the medium of messaging. This is not a lofty ideal – it has already begun to happen. For example, Michael Schwarzer eloquently describes bus advertisements of local endangered species in California as emphasizing the fragility and transitory natures of the species that had been neglected by locals.[8] Thus, the focus of the advertisement used the traditional advertisement strategy of appealing to emotions, but instead of encouraging the viewer to consume, it encouraged the viewer to evaluate their role in the potential extinction of an animal, and thus of our collective habitats. Another vivid example is a series of advertisements funded by an ocean conservation foundation that showcased actual litter recovered from beaches or oceans and placed it in the context of a fish market, thus forcing the consumer to reckon with the consequences of consumption of these natural resources.[9] The problem is not the medium, but rather the willingness of corporations, foundations, and even us, as individuals, to use it in a honest and straightforward manner.

Advertisements encourage us, with urgency, to change our situations by acquiring that which they manipulate us to need. Xinghua Li argues that there are cruxes of desire that drive us, particularly in the United States, to make choices based on advertisements.[10] One of them is obsession – should we not be obsessed with the ways in which we will live? Outside of the personal scale of what we will wear, eat, or do, we must endeavor to shift towards messaging that encourages us to think about that which we have taken for granted: our collective necessity of a home. 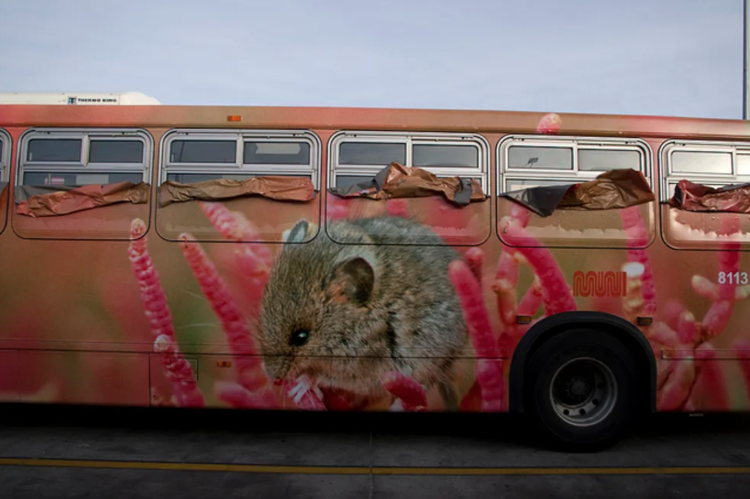 Li, Xinghua. Environmental Advertising in China and the USA: The Desire to Go Green. Abingdon: Routledge, 2016.

[4] Xinghua Li, Environmental Advertising in China and the USA: the desire to go green, (Abingdon: Routledge, 2016), 15.

[8] Mitchell Schwarzer, "Animal Wrappers: Endangered Species on the Bus," Boom: A Journal of California 2, no. 3 (2012): 65. The entirety of this article is an invaluable resource into viewing how advertising can assist in the shifting of the contemporary narrative of environmental activism. 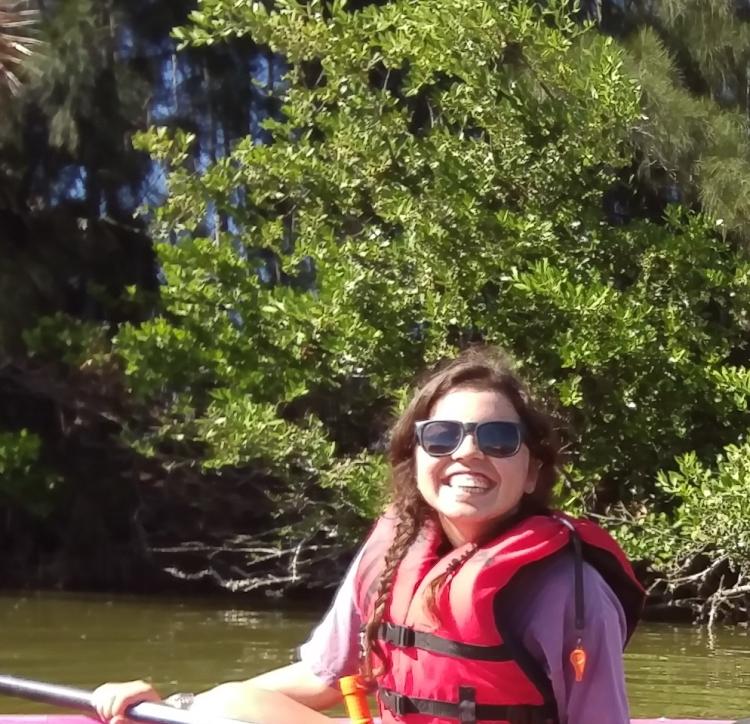 Jerryan Ramos Hernández is a second-year MA student originally from Guayama, Puerto Rico. She graduated with a BA in Art History from the University of Central Florida in Orlando, where her main research focus was the construction of identity and ritual in the work of Ana Mendieta. Her primary research interest is the use of ritual as a marker of the liminal self, particularly within performance art.