The concept of material witness has been articulated by researcher, documentary filmmaker, and artist, Dr. Susan Schuppli, in her book Material Witness as “nonhuman entities and machinic ecologies” that archive their complex interactions with the world, producing ontological transformations and informatic dispositions that can be forensically decoded and reassembled back into a history [3]

Schuppli has primarily defined this concept as “evidence of an event” and as the “event of evidence” of acts of violence, but with further qualification that material witnesses are not just archival materials. In order to become material witnesses, rather than simply materials, the “complex histories entangled within objects” must be “unfolded” and their information must “testify” in public [18]. Some examples of material witnesses from Schuppli’s work include a ‘dead’ CCTV monitor from the infamous Long Kesh Detention Centre in Northern Ireland, which has an image of the hallway of the now defunct prison burned onto its non-functioning screen; the administrative documents of the Nazi regime in Germany; and Liri Loshi’s videotaped evidence of the aftermath of the massacre at Izbica, Kosovo in 1999.

Though her concept centers around information that has borne testimony in trials, Schuppli is not interested in exploring the concept of the material witness through a legal framework, nor the question of justice within the various contexts she is examining [13]. Rather, she is concerned with the “intertwined relations” between “human and nonhuman forms of testimony” and their ability to “bear witness to powerful events” as they act as “agents endowed with the capacity of (technical) speech” [13]. She asserts that artifacts can “induce the affective register of testimony” and that indeed materials can bear witness [14]. 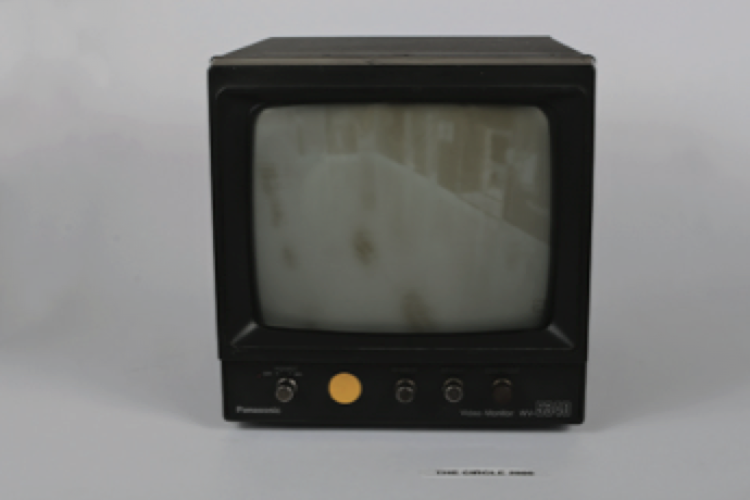 As a linguist working within the domain of language revitalization and reclamation, reading Schuppli’s concept articulated as materials bearing witness brought to mind Hupa feminist scholar Dr. Cutcha Risling-Baldy’s book We Are Dancing for You: Native Feminisms and the Revitalization of Women’s Coming-of-Age Ceremonies. In her book, Risling-Baldy articulates the continuity of Native peoples’ relationships with relatives and other than human relations, including language, songs, and dances, and discusses her own experiences with contending with material witnesses of a sort.

In chapter 3, entitled “﻿Wung-xowidilik Concerning It—What Has Been Told ANTHROPOLOGY AND SALVAGE ETHNOGRAPHY”, Risling-Baldy gives her account of working with archived field notes of anthropologist Alfred Kroeber. Explaining Kroeber’s legacy, Risling-Baldy quotes noted Hupa scholar Jack Norton that Alfred Kroeber is one of the worst-perceived ‘liars’ for California Indian peoples, stating that the compromised figure can be noted for his prolific work, even as his “interpretations of social, economic, and religious factors” need to be “reevaluated as ethnocentric, anthropocentric and in some cases…racist” [73].

Risling-Baldy explicates how despite his belief in his own objectivity and cultural relativism, Kroeber’s worked is layered with his colonial point of view and the interpretation that Kroeber imposed on his accountings of Native peoples. Particular to this view is also the documentation of the ‘cultures’ of Indigenous peoples as a form of salvage ethnography. Kroeber and his contemporaries viewed any information they could learn from their Native ‘informants’ as an effort at gleaning a more ‘pure’ account of precolonial ways of life from their modern consultants. Risling-Baldy deftly articulates how such anthropological accounts have been used to invisibilize Native peoples and citing Lakota scholar Vine Deloria Jr., how these anthropological portrayals of Native peoples have actually deeply influenced colonial law and certainly Federal Indian Policy in the US [79]. 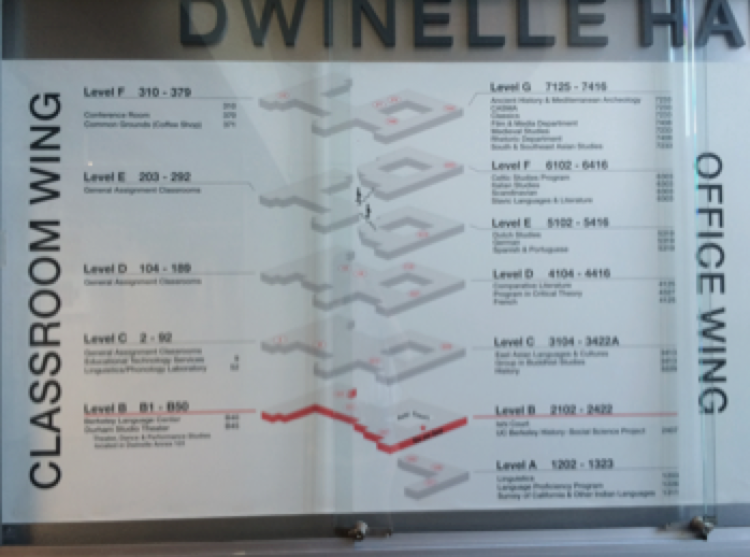 The map of Dwinelle Hall at UC Berkeley, home of the Survey of California and Other Indian Languages, where copies and some original field notes are stored. Source: https://theblacksheeponline.com/uc-berkeley/realistic-self-tour-uc-berke...

Risling-Baldy asserts that in spite of these layers and certainly unbeknownst to him, his notes themselves contain a “continued negotiation of refusal” by his ethnographic consultants and demonstrate their “self-determination” [75]. As Risling-Baldy states

…it is not that Native consultants wanted recognition from anthropologists and ethnographers in regard to the importance or centrality of women’s coming-of-age ceremonies but rather, in my view, that they insisted on documenting these ceremonies because they were leaving a record for future Native peoples…After having survived brutal attempts ﻿to annihilate their culture and ways of life, Native people must have been conscious of how women’s ceremonies were continuously threatened by settler colonial policies of genocide, assimilation, and termination. The ethnographic record became one way for them to build an informed documentation of these ceremonies. [76-77]

Nevertheless, as Risling-Baldy explains, the ethnographic record, despite containing inaccuracies stemming from the biases of scholars like Kroeber and others, also contains the information that Native people would not leave out and that remains there, even as the narratives of disappearing Native peoples and their ways of life still try to erase them [97]. Thinking through Hupa women’s work before her own and through her own work, Risling-Baldy gives the summation that the Flower Dance ceremony

…never disappeared and would never disappear, go extinct, or be forgotten. The ceremony could be none of those things because this ceremony was in the memories of our elders, in the records and stories left by our ancestors in the ethnographic record, and being danced for all time in the heavens above, waiting for us to recall it [99].

I see Schuppli’s concept of the material witness as useful in conversation with accounts like Risling-Baldy’s in viewing the field notes of a deeply flawed figure like Kroeber for their potential to act as a witness to the biases of a researcher like Kroeber, and by extension the colonial apparatus’s attempts to place Native peoples and their lifeways in the past. As agentive and affective and in considering the public witnessing component of Schuppli’s concept, however, it would seem that the notion of material witness does not place enough agency with the Native peoples whom Kroeber and others learned from. Informed by Risling-Baldy, rather than casting the human parties solely in terms of the actors of violence and its victims, these notes testify to the self-determination and refusal of Native people, who bear witness through these notes to future generations. Through these notes, past generations are able to speak to future generations. 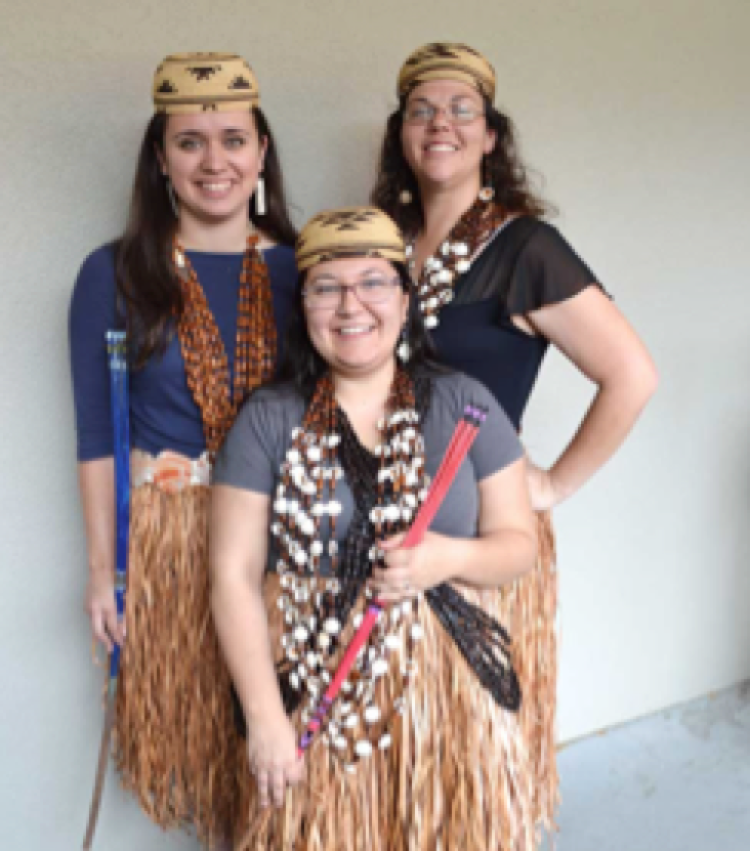 Risling-Baldy, Cutcha. We Are Dancing for You: Native Feminisms and the Revitalization of Women’s Coming-of-Age Ceremonies. University of Washington Press, 2018. 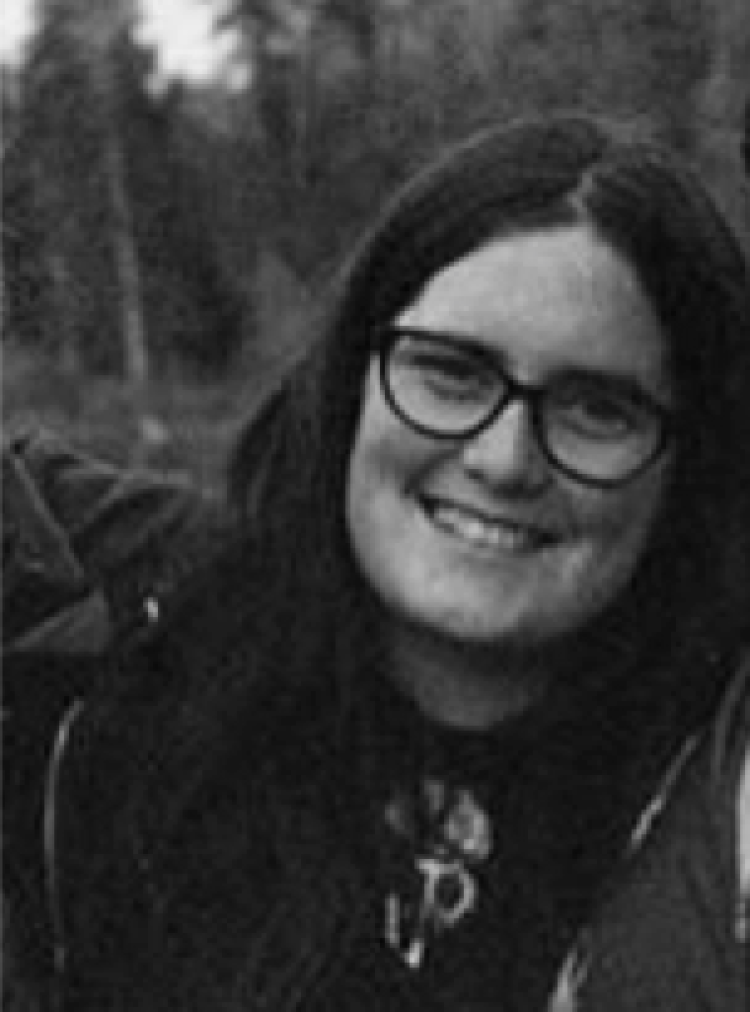 Lizzie Goodrich is a PhD student in linguistics and in the program for the Certificate in Native and Indigenous studies whose work concerns community language revitalization and grammatical tense and aspect. She is currently working with speakers of Zapotec in Oaxaca Mexico and has previously worked on language revitalization projects of the Yurok tribe and Máíjùnà people.