In the Introduction to The Ecological Thought, author Timothy Morton makes an intriguing suggestion for a mode of perception in regards to thinking of and seeing the environment, especially concerning the visualization of ecological crises and ecological interconnectedness.  He wrote that the study of art could provide an applicable format of perception as art forms make one question reality. A questioning mode for the original question; how does one perceive the environment? In fragments— in waves? The environment is more than aesthetic contemplation, more than sublime appreciation, more than traumatic experience. As such the wide-eyed questioning Morton presupposes is meant to broaden the shadowed edges of periphery; to look to where reality bends and becomes unfocused, unfamiliar, strange. The act of looking; the searching eye becoming a radical questioning gaze.

As a child, leaving the ground in a 737 with two hundred other passengers, I would lean my forehead against the curved interior window and watch as the interlocking grey and black grid grew and grew. This grid became larger and smaller by the second, evolving into a dense web. Eventually Chicago itself would be lost to the grey blue water of Lake Michigan until that too was enveloped by the vision of green and brown earth. I would likewise watch through the arch of a car window as the passing line of trees shifted and vibrated into the far distance. I thought then that the trees lining the highways were dense forests that stretched for many miles; a wilderness flanking our comings and goings; a watcher looking at me just as I looked at it. As though something great and dark had been allowed to linger in northern Virginia: a memory or a reminder of the past. A laughable thought. The wilderness I thought I saw was merely a large verge between public and private property, seen between the trees: something to frame the highway just as the windows framed my vision; just as the road framed my interaction with Nature; just as my ignorance framed my understanding.

That glimpse between tree trunks was a questioning glance— a view of reality that The Center for Land Use Interpretation also asserts; that this nation’s lands are portioned, utilized, and perceived. Though not within the Center’s purview, one can broaden this assertion and proclaim that the world is portioned, utilized, and perceived. From continent to island, from river to ocean.

The Center of Land Use Interpretation, which I have been following on and off for three years, has been photo-documenting sites in the United States which reflect significant human interaction since 1994. The Center “...is a research and education organization interested in understanding the nature and extent of human interaction with the surface of the earth, and in finding new meanings in the intentional and incidental forms that we individually and collectively create.” The sites captured by the Center photographers fall between lines of curious, fantastic, and terrible in their innocuous simplicity. Whenever I move, I look up the area in the Center’s database to see the place’s hidden visual history— to look between the treeline and see where a human hand has been burned into the soil. Looking through the examples within the Colorado borders, one can find aerial views of the Rocky Flats nuclear weapons production facility, multiple uranium disposal cells, multiple abandoned mines, and a few gold mills such as the Summitville mine which has become a massive superfund site: the uncompleted clean up of which will continue to cost hundreds of millions of tax dollars. Not only sites of toxic radioactive waste are documented. Campsites, tourist attractions, national forests, national wildlife preserves (former superfund sites!), monuments, and prominent earthworks are also listed.

It is essential that The Center of Land Use Interpretation lists an aspect of land-use as perception. Seeing, looking, understanding. While Morton argues for a perception of interconnectedness, a breakdown of the boundaries of inside/outside and the barriers between here and there, he also acknowledges that this creates a curious ambiguity of things which should feel familiar, a forced dissociation of the intimate or internal. Morton uses the term ‘strange stranger’ to refer to this disconnection between humans and animals as an example of this, but I disagree. The trouble begins well before the animal; it is in the ‘here’ and ‘there’ of the other, it is in our inability to reconcile, to see, the slow environmental violence as well.

In the introduction to Slow Violence and the Environmentalism of the Poor, Rob Nixon coins the term ‘slow violence’ to mean “...a violence that occurs gradually and out of sight, a violence of delayed destruction that is dispersed across time and space, an attritional violence that is not typically viewed as violence at all.” A violence which is not easily seen, an effect in which its totality escapes visualization. Whether due to extraction of resources or toxic disposal, Nixon notes the long term consequences of these actions, like those photographed by the Center for Land Use Interpretation, is felt not by the extractors who “...arrive, despoil, and depart…” but by the long term “dispensibe citizens.”

The difficulty of internalizing Morton’s interconnected web with this violence lies in its visualization, in the mapping of the official landscape of extraction. Mirzoeff notes in Visualizing the Anthropocene that the steps of visualization include “...classification, separation, and aestheticization.” Classification and separation are an act of othering, aestheticization creates a frozen dual image of beauty and disaster. Mirzoeff asserts that the use of aesthetics when depicting the environment numbs the response and results in a loss of perception. With aesthetics, the ability to perceive, especially the ability to see and experience ecological violence in a meaningful way, stops at the frame.

Here is where the study of art comes in hand. A fundamental question to ask: yes, it’s beautiful, but what else? Yes, it’s terrible, but how? There is a structure to find in the gaze of the camera, a lens to take away in the mimesis of depiction, a framing device in the aesthetics which can reveal instead an intention unknown to the subject of its representation. The representation, the visualisation, is a thing which looks and the viewer must look at how it looks. Which is why I find myself coming again and again to the photographs taken by the Center of Land Use Interpretation. As documentary evidence, they are not nearly as interpretive or as aestheticised as one would think. There is a bluntness to the gaze of their camera.

Perhaps because in perception, the eye appropriates. The eye takes. It is an aggressive arbitrator, assigning value and function, translating sites for material extraction and for voyeuristic enjoyment. Beauty is assigned here, violence is assigned there. Here I can park my car on an overlook and take a photograph of my own, there I receive warnings of live ammunition in the ground. Here I plant a flower garden and do not worry about neurotoxins in the soil, there I feel the repetitious shake of the earth from nearby munitions testing at the Naval Surface Warfare Center, where the smog from the nearby powerplant left a thick residue on the surface of homes for years. There is an interconnectedness darker than Morton’s philosophical suggestion, a web which needs to capture that aesthetic visualization of violence and study, like a work of art, its strange reality. 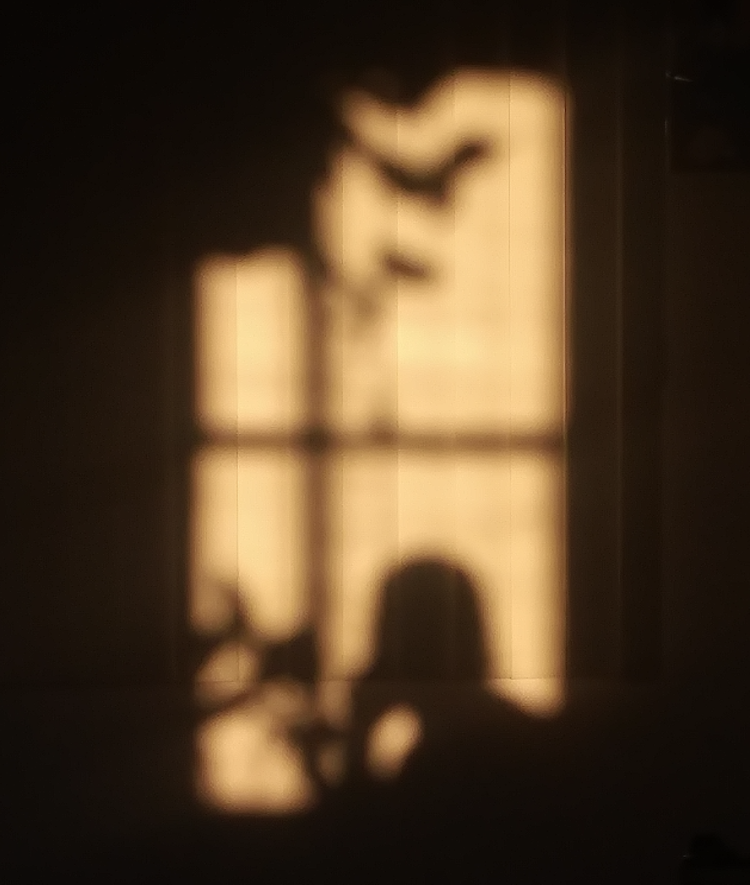 Liz Langyher is a midwestern artist whose work explores personal memory in the context of landscape aesthetics. Her object-oriented work involves accumulation, installation, and writing.

She is a MFA candidate in Arts Practices — Ceramics at the University of Colorado in Boulder, CO.