I first came across the term “salvage” used in a complex of environmental and value implications in Anna Lowenhaupt Tsing’s The Mushroom at the End of the World: On the Possibility of Life in Capitalist Ruins. The loaded title matches the weight of the information in the book; Tsing describes the matsutake trade which is based on salvage capitalism. I have not studied capitalism deeply (except for as a current user) and so I cannot speak directly to the research that might apply when we talk about how value is determined; where Marx (or anyone else) might fit it, we do not have room here. What I will do is supply an overview of how I see the term salvage being used, its connotations and possible implications, and how we might capture, or salvage, this idea for a brighter ecological future. 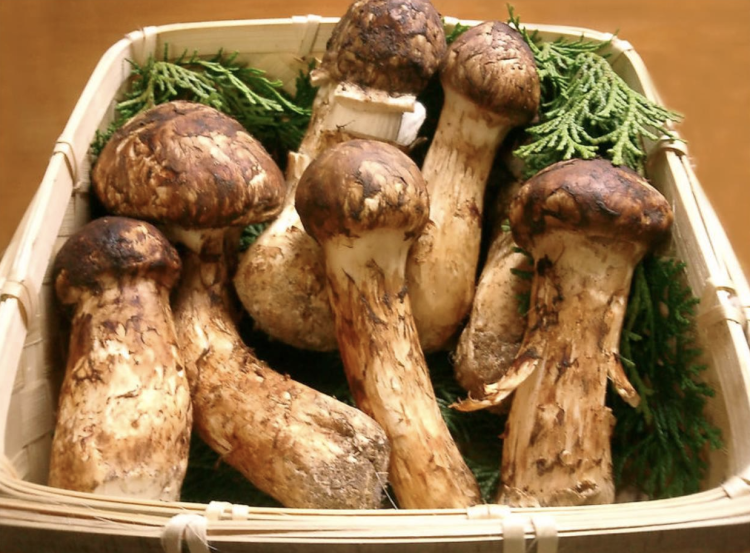 Tsing uses the term “salvage” to describe “salvage accumulation” through a capitalist lens as “the process through which lead firms amass capital without controlling the conditions under which commodities are produced. Salvage is not an ornament on ordinary capitalist processes; it is a feature of how capitalism works” (63).

Salvage is a term used to denote marine salvage, the rescuing of ships and their cargo; in water salvage, people are rescued from floods; in salvage archaeology, a site is under threat of impending construction; salvage ethnography involves the recovery of informational remains of a culture before its disappearance; salvage therapy is for patients who are not responding to the first line of therapy. Recycling was referred to as salvage in the 20th century, and there have been campaigns during the mid-1900s that used this term to drum up civilian participation in the form of recycling owned goods for the wartime efforts of a nation. 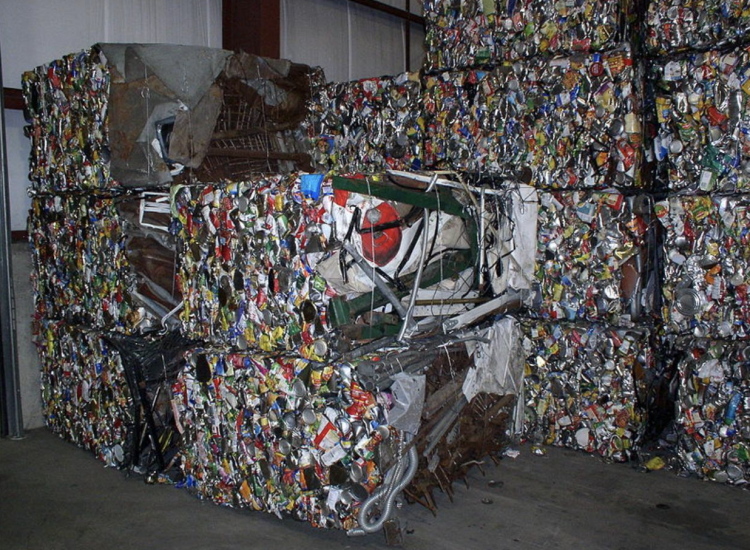 My relationship to the term is first and foremost through recycling. In high school, I adopted the idea that I could save money and also enjoy some time outdoors by collecting beer cans out of the wire trash bins along the beach in my hometown of Clearwater, Florida. I filled enough black trash bags to pack into my family’s Honda Odyssey and asked my dad to drive with me to the recycling center 20 minutes south of us. My van full of aluminum brought us a whopping $3.27. I gave that activity up. Salvage, in this case, was a choice, a hobby. It was not a matter of “making ends meet” or a requirement for continued life within the capitalist landscape. The kind of salvage that deserves our attention is the kind that causes the most violence (slow or fast in speed), but salvage is both a function of capitalism and an intent to create something new outside of that system. It is worth noting that all types of salvage are related, not just through the act of salvaging, but the intent to create a new reality, whether that be tiny or vast and profound.

The connotations I can trace around salvage in my personal life, in the definitions above, and in Tsing’s handling of the term are these: salvage involves a saving of something. Value is created where value had previously degraded. This something being saved may be broken or destroyed, discarded and used. It is at the end of its supposed consumer lifecycle, or it is not worth repairing. From the ruins and destruction something new can be crafted. At times, salvage can take an unexpected form. To salvage is to scavenge and save what is worth saving, it is taking something from its original context and reimagining its use. It implies that things will degrade and that a second life is not expected or imminent, but that it is at least possible. Accumulation of salvaged materials might provide value or a second life in the physical realm. There are skills and materials available and that could be used, often in a creative or secondary way, not aligning with intended or original use. With some ingenuity, close looking, or modification, or even cleaning, these skills, materials, and information can live a new life. Scraping, assembling, and translating are the verbs that come along with salvage. There’s a crafty and cunning vibe that comes along with the word, which could also be seen at times as heroic or as scrappy. I think that it is inevitable that salvage is part of the capitalist machine, but I also ask: might a salvage mindset or ethos be of use outside of capitalism? Is salvage a necessary mode?

Salvage is all over, and a salvage ethos, I would argue, has just become more common as a way to battle the shrinking middle class and the widening gap in inequality across the globe, and also as a way to defend against the once-unintended side-effects of industrialization: climate change (Ventura).

On one part of the earth, Tik-Tok users in the United States demonstrate how to salvage furniture, such as thick velvety or floral-print chairs, cleaning these on video and telling how much the refurbishing cost and how much the piece sold for; a way of making a quick dollar in a lacking economy. It’s worth noting, here, that salvage is the act of saving, of taking and using something that was once wasted or discarded, or perhaps sight unseen. Refurbishing would be an act within salvage, the cleaning or rebuilding of the salvaged material before it re-enters circulation. While this example is absolutely one of salvage, I want to think beyond creating value with singular objects that enter back into systems of monetary value, beyond recycled cans for a little extra spending money.

To consider more grave examples, I turn to Ursula Biemann’s film Deep Weather. This film features, firstly, corporate salvage in the form of the Alberta tar sands seen from above, and then, a Bangladeshi community building protective mud embankments to prevent impending disasters: floods from monsoons, fiercening storms from climate change, and rising sea levels are to be protected against. This second featured moment of the film, showing the great community effort to create this embankment structure, is a form of conservation, of saving a community. I think it is salvage in that this community is using what the earth has provided, in this case, mud, to create a new life, new use and structure in the face of impending destruction. Communities in Bangladesh and global south that are affected by the “slow violence” of neoliberal policies and petro-capitalist desires are forced to do the most work in salvaging that which has already faced ruin: communities displaced, lands facing storms and sea level rise, poison from mining and drilling and spilling that which should remain in the earth. 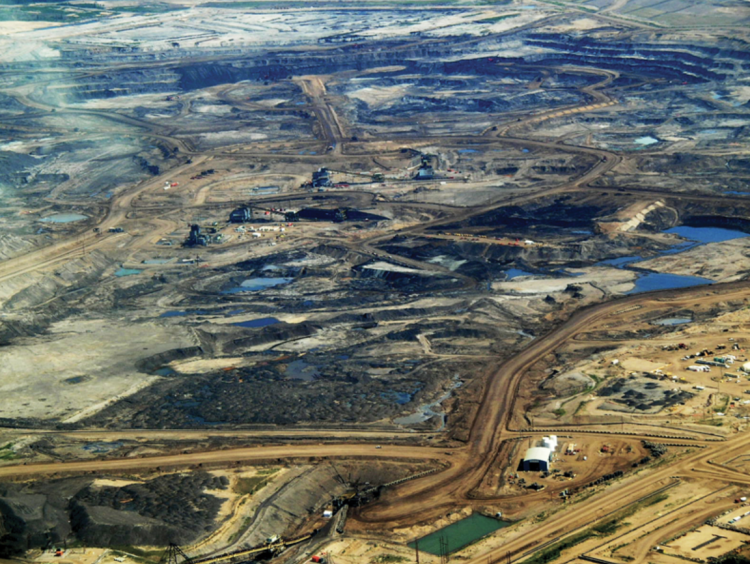 What are the implications of salvage? Well, salvage only can exist if production of a new set of things or understandings exists. The production of the new from the discarded is salvage; finding value and extending life using the tools available is salvage. How can we salvage ideas from capitalism, from neoliberalism, and reimagine our relationship to the earth and to each other? Capitalism and neoliberalism functioned once when humanity was divided between humans and many people were othered in the name of value creation. If we take up Denise Ferreira da Silva’s idea in On Difference of reimaging the universe as non-local and rid ourselves of separations that cause this violence, this restructuring leaves us with broken systems and structures. Neoliberalism and capitalism, as we already know, do not serve ecosystems or humans. Instead, these structures are meant to create value for a select, separate few. While I am in support of Da Silva’s un-separation as a way to reimagine sociality, I think we can still use separation as an act of salvaging to sort through the waste built up from colonization, neoliberal policies, oil-minded explorations. What is worth saving, if anything? What practices are maintained, what parts of a broken system can still function?

To do this, we must determine structures of value related to a reimagined world where separation doesn’t rule with fear and uncertainty. Can we reframe life to hold the most value in a new system? Can we scrap the destructive systems of violence as a way to salvage life in a precarious state? 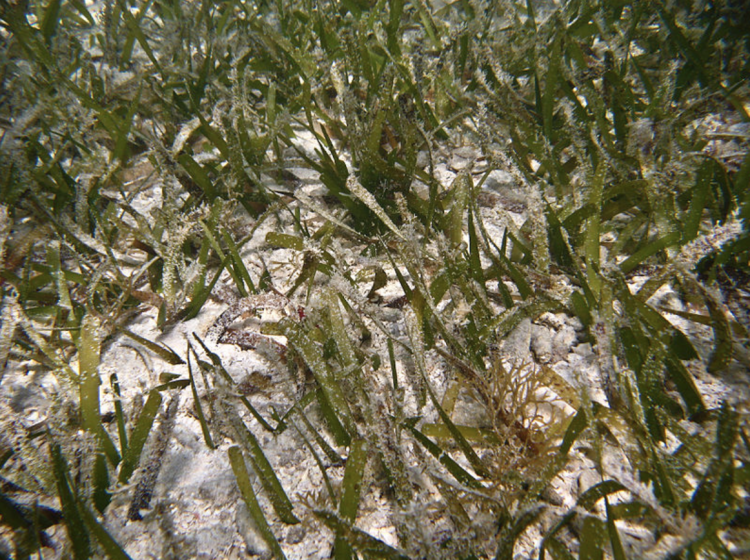 Nixon, Rob. Slow Violence and the Environmentalism of the Poor. Harvard University Press, 2011.

Tsing, Anna Lowenhaupt. The Mushroom at the End of the World: On the possibility of life in capitalist ruins. Princeton University Press, 2015. 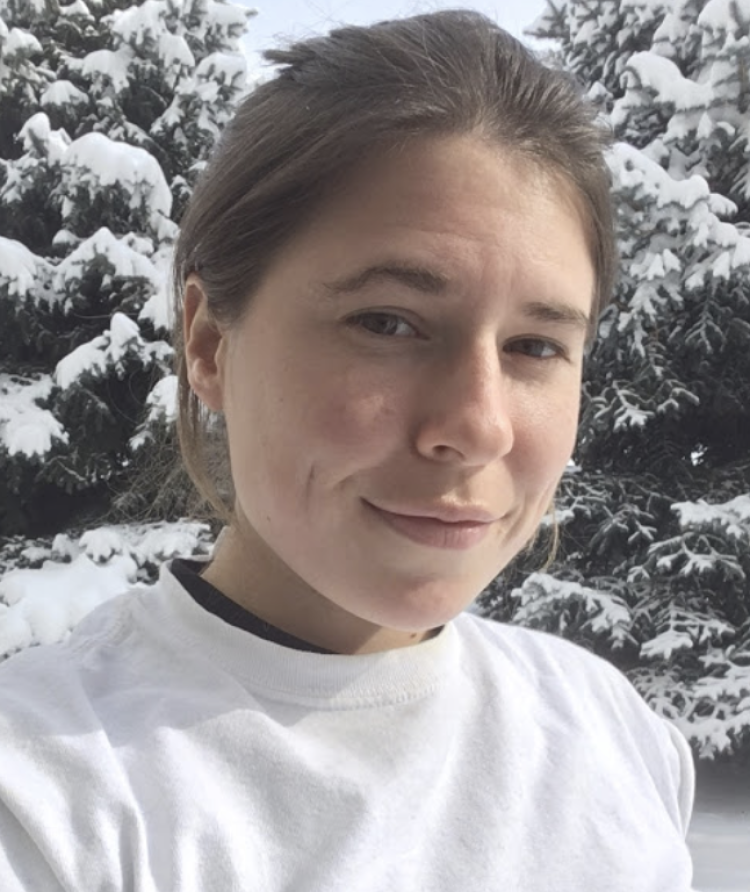 Madeline Job was born in Clearwater Florida in 1992. She graduated in 2015 with a BA in Geography from the University of Florida, and participated in Virginia Commonwealth University’s Summer Studio Program in 2017. Her work has been exhibited across the United States. Her research centers on how the gulf coast of Florida is experienced. She is interested in the construction of desire through marketing materials and cultural memory, and how that distanced, mediated understanding of place differs from a direct experience. She is currently pursuing an MFA from the University of Colorado Boulder in Drawing and Painting.