“If we make it a bad enough experience then wouldn’t that deter people from prison?”

The same sentiment seems to be the last hope of the quiet population watching the climate change, if conditions get bad enough, we’ll stop our bad behavior, won’t we?

Beliefs like these are the worst of naivety. A memory of right/wrong behavior, immorality/consequence, and good/bad people predominately occupy short-term economies and uncomplicate history. They comfort the western world by repeating that America has been without a past before, and that we can do it again.

People made invisible know the answers to the problems that are causing capitalism and globalization to fail. Selective visuality delays the burden of the past and extends the inhabitancy of the powerful: indigenous genocide, keeping woman in domestic settings, Jim Crow laws, LGBTQ criminalization, Central American refugee deportation, and incarcerating people whose demographics are not represented in politics (black/brown bodies, impoverished, etc.). These voices are carriers of histories much older than the stories that uphold American exceptionalism. I believe that imprisoned peoples have a historic understanding, because of their marginalization, that can provide reference and growth in people’s relationship with climate change, regardless of present authoritative systems.

The incarcerated experience time differently than the nonincarcerated. Imprisoned peoples learn different signifiers to characterize change, making them more apt to observe the subtleties of slow passage. This skill is powerfully beneficial to society. Watching differently for effects of time would free us from the limited knowledge of capitalism’s instantaneous greed, and reveal a slow violence, “a violence that occurs gradually and out of sight, a violence of delayed destruction that is dispersed across time and space.” (1) But before we can claim this skill for noticing and naming slow violence, we must respect the people who already have this skill by changing our biased visualization of them. Looking at pictures of prisoners, not of their mugshot, I still feel shocked to recognize another complex human being and recognize my prejudice. What if I was caught doing the worst thing I have ever done?

In popular entertainment, journalistic exposés, and documentaries, images of “life behind bars” fascinate, horrify, and titillate. They also offer a familiarity with prison as a cornerstone institution of modern life… visuality functions to keep the imprisoned stigmatized as criminals who are excluded from realms of the intimate, social, and political. (2)

I connect this knowledge to the empathic cry after the Holocaust, a question I asked myself while sitting in a fifth grade school desk: “What inventions, cures, thought patterns, dreams, and generosity did we lose to genocide? What work will never be done by those doctors, astronauts, writers, teachers, sculptors, social workers, and politicians?” Genocide functions to erase populations. Modernity has cleverly reconstructed genocide to be unrecognizable. From my experience, of forgetting to the extent of not caring that people are existing in prisons and jails, I testify to the brainwashing that normalizes the prison system in the United States of America: a population of 2.3 million has been lost to society.

Like the recent summers and winters, reported as the warmest on record, and the wildfires and hurricanes as the biggest we’ve ever seen, the condemned “super-predator” in the public conscious has shifted to “super-storm”. Juvenile super-predators of the 1990s are serving life sentences without parole and have been described as such in the Washington Examiner by John DiLulio, an American political scientist:

Moral poverty begets juvenile super-predators whose behavior is driven by two profound developmental defects. First, they are radically present-oriented. Not only do they perceive no relationship between doing right (or wrong) now and being rewarded (or punished) for it later. They live entirely in and for the present moment; they quite literally have no concept of the future. As several researchers have found, ask a group of today's young big-city murderers for their thoughts about "the future," and many of them will ask you for an explanation of the question. (3)

It is said that what bothers you about other people are truly the parts of yourself that you despise the most. DiLulio disapproves of these youth’s comprehension of the future and names it as a developmental defect that leads to crime. Perhaps the western world’s relationship to “living entirely in the present moment” in terms of environmental impact, as opposed to thinking seven generations ahead, exposes a developmental defect. Most current members of American society were raised without the names of our ancestors, which could be a metaphor equivalent to teenaged super-predators raised without parents. Without a reference to the past, behavior for the future is less intentional.

Super-predators were juveniles growing up in an already violent environment. We have watched climate change affect the most vulnerable communities, living in “national sacrifice areas”, with bad air quality, toxic work conditions (corporate farming, coal mining), polluted water (Flint, Standing Rock), rising sea levels, and food shortages. A reference point for the future of these communities could be the aridity line in the Middle East and North Africa, as drought and food shortages have led to desperate wars. (4) This violent list adds pressure to already difficult living situations (products of colonialism, systemic racism, militarism, etc.). Instead of fighting crime with harsher sentencing, crime could be mitigated by advocating for environmental justice.

The Trump administration is increasing imprisonment practices, as the Law and Order candidate, and the opportunity for human-caused climate change. The fascinating statistic of the USA carbon emissions at 25% (only representing 5% of world population) and also housing 25% of the world’s incarcerated people testifies that the link between these two facts of the 21st century are tightly interwoven.

Environmental justice’s focus is for transferring power from those who exploit it to those who can compassionately wield it. Prisons are often built in areas already contaminated by industry and military activity and the people that occupy them traditionally experience a quality of life with compromised health (air pollution, food deserts) prior to incarceration. (6) Prison reform that allows incarcerated peoples to care for the environment, with their abnormal perception of time and a previous knowledge of neglect towards their communities, connects them and gives them a sense of responsibility beyond themselves. This gesture towards normalcy, prior to release, is an investment in the influencers of the future, in stories that will outlast the present. 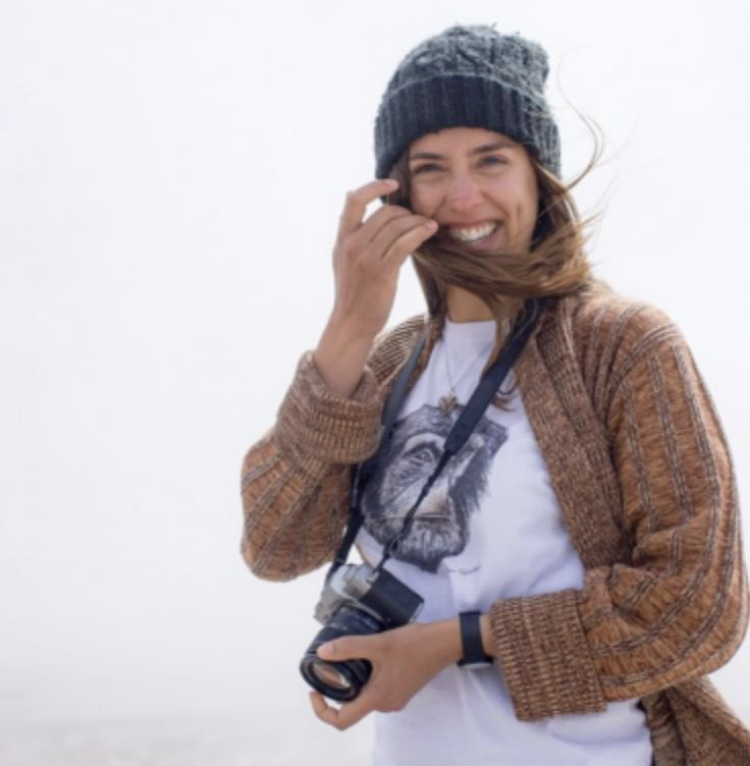 Molly Ott is a South Carolinian whose work is always considering rituals of Americana and the personal myth. Gridding, collecting and arranging each have a part in her language but absurdity is the most preferred principle of all.

She is a MFA candidate in Sculpture and Post Studio Practice at the University of Colorado in Boulder, CO.