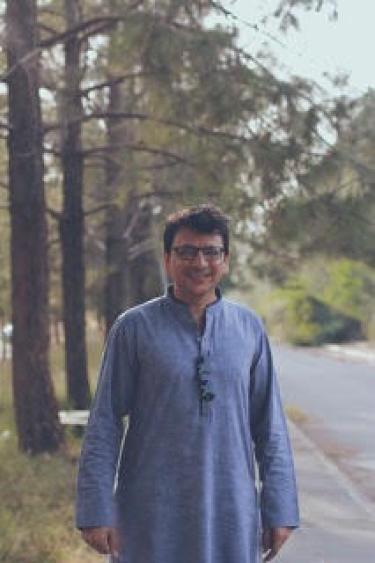 Muhammad Sheeraz was a CLASP-sponsored visiting scholar in the Department of Linguistics, University of Colorado Boulder, during the Spring and Summer of 2013. He later received his PhD from International Islamic University Islamabad (IIUI) in the linguistic critique of Pakistani-American fiction. He also taught at the Department of Asian Languages and Civilizations at the University of Colorado Boulder from Fall 2016 to Spring 2017. From January to June 2016, he was a postdoctoral researcher at the University of North Carolina in Wilmington and worked on the project titled "'Every Writer is Dangerous': Silencing in Urdu Literature". He is the co-editor of Me’yar, a bilingual research journal housed at the Faculty of Languages and Literature, IIUI, and of the Journal of Contemporary Poetics. Alongside research and teaching, he has a deep-rooted interest in translation and creative writing. He has published three book-length translations: Hour of Decline (2014), Mughal Saray (2015), and Nasloon ne Saza Pai (2018). His Urdu novel Saasaa was published in November 2018. Currently, Muhammad Sheeraz is Chair of the Department of English at the International Islamic University in Islamabad and President of the Literary Society of Pakistan.