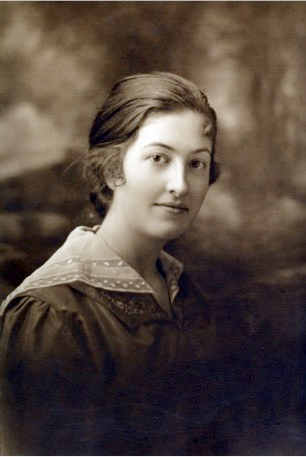 Miss Jones (as she preferred to be called) was born in 1900, the only child of a family who had moved to Greeley from Iowa after the Civil War. Her father ran a hardware store in town. She graduated from Greeley High School in 1919 and from the University of Colorado Boulder in 1923 with a Bachelor of Arts in Literature. Her initial postgraduate studies at Northwestern University were cut short when she returned home to care for her aging mother. Following her parents’ death, she moved to New York City and completed a master’s degree in Speech Studies from Columbia University.

Having developed a passion for performance and theater, Josephine Jones subsequently taught speech and drama in the public schools of Ossining, New York for 40 years. She retired in 1962 and returned to Greeley, where she cultivated her great love of the arts and humanities for public benefit. Having traveled widely and developed a keen interest in public affairs, she organized several women’s discussion groups and staged dramatic readings and plays. These events were always marked by her characteristic elegance, verve, and humor.

During the late 1980s, Miss Jones experienced declining health, including a vision impairment that left her partly reliant upon the radio for news and information. Radio broadcasting during this period was marked by the rise of talk show formats run by provocative hosts who often engaged in shrill and calloused exchanges with their callers. Miss Jones experienced a visceral reaction to this type of programming, judging its not only inept expression but also a form of incivility corrosive to the public discourse required of a democratic society.

Emeritus Professor Philip K. Tompkins first visited Miss Jones in 1989 and their conversations concerning the importance of cultivating decorum and eloquence in the coming generations led her to plan a significant gift to the Department of Communication.

Following her death in 1990, the department received an endowment of $1 million—a donation that complemented her support of CU Boulder’s Theatre Department and the renovation of the Macky Hall performance venue. The proceeds from this gift have funded department offerings of the Public Speaking course, an annual lecture in her name, and now - The Josephine Jones Speaking Lab.

We in CMCI's Department of Communication are grateful to be the stewards of this gift and proud to offer educational programs that honor the spirit of Miss Josephine Jones.