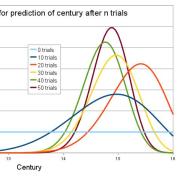 In my lab we not only do experiments and collect data but we also use mathematics and computational biology to figure out how best to maintain biodiversity. Central questions include how species will respond to climate change, why species go extinct, and how invasive species spread. A more technical description of my research: I study spatio-temporal population dynamics by developing mathematical models and connecting these models to data. I'm particularly interested in how processes such as competition, predation, and spatial spread interact with spatial and temporal variation in the environment and by randomness intrinsic to individuals. Heterogeneity and stochasticity (a fancy word for randomness) are the technical keywords. I work with stochastic models and I use likelihood and Bayesian statistical approaches to connect models to data. 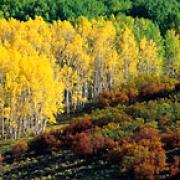 For every species, there are limits to where it is found. Understanding what sets range limits and their variability is vital for understanding and forecasting how species will respond to climate change. For example, how fast can species' ranges adjust to a changing climate and to increased variability in climate? Following from our previous project on single species dynamics, I have started a new 5 year NSF funded project with my colleague Alan Hastings (UC Davis) to examine how competition between species interacts with a changing environment to shape species' ranges. We are using the Tribolium model system.   ... more. 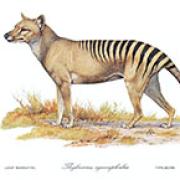 Two key factors that either lead to extinction or enable the successful colonization of a new population are demography and genetics. Surprisingly, the relative importance of these factors has been little studied, perhaps because they are correlated and thus difficult to separate. With funding from NSF, my colleague Ruth Hufbauer (Colorado State University) and I have been using the Tribolium model system together with mathematical and statistical models to disentangle the relative contributions of the size and genetics of a founding group as it initiates a new population and spreads in a novel environment. See our recent papers in Proc B and PNAS.  ... more. 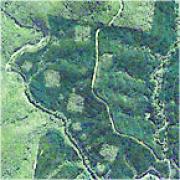 Habitat loss and fragmentation continue at an accelerating rate and account for most biodiversity loss so it is more crucial than ever to understand them as drivers of extinction. Fortunately, some visionary ecologists at CSIRO Australia (Chris Margules, Mike Austin, Nick Nichols) set up a large scale fragmentation experiment back in 1985. Now 30 years later, it's the longest running experiment in temperate forest. It's value to ecology today? Absolutely priceless. My colleague Kendi Davies (EBIO) and I were funded by NSF to examine population dynamics and extinction of forest beetles. Kendi has a new 5 year NSF grant for this project ensuring the continuity of this long term study. ... more. 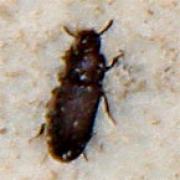 Invasive species are a major economic, environmental and health concern. My colleague Alan Hastings (UC Davis) and I have been using the Tribolium model system to investigate the role of stochasticity in the spatial spread of populations. See papers in Nature and Science from this work. This project was funded by NSF and our new work on range limits extends this work. Many undergraduate students worked with us on this project and most went on to graduate school. ... more. 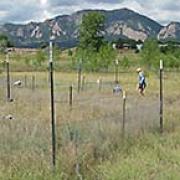 What do you get when you put a bunch of nuts together? Peanut butter? No, these are science nuts, and what you get is great collaborative science. In a new way of way of doing science that has been called open source ecology colleagues from around the world got together to set up a collaborative field experiment, now replicated at more than 70 sites in 12 countries, to understand how ecosystems are changing because of nutrient pollution. Globally, nitrogen input has doubled due to fossil fuel use and phosphorous input has increased five-fold due to agriculture. Nutnet is studying the consequences of these increased inputs to grassland ecosystems. Recent papers from our collective effort have appeared in Science and Nature.

A vexing question in ecology is how to predict large scale ecological dynamics from small-scale processes. This is especially important since most of our experimental work in ecology happens in small field plots. Often large-scale outcomes contradict small-scale trends from such field plots. We need to understand why this happens so we can make better predictions in areas as diverse as climate change, extinction, invasion, and biodiversity maintenance. I was fortunate to do my graduate work with Peter Chesson (U. Arizona), who is a leader in this area. We continue to work on this question and in many ways the basic theoretical principles underlie most of what I do.