What’s wrong with our frogs?

Our group uses parasite-induced malformations in amphibians as a model system to investigate how environmental change affects the levels of disease pathology.  Currently we seek to understand how different forms of environmental change, including pollution (e.g., nutrient and pesticide runoff), climate change, and biodiversity loss, affect parasite abundance and the frequency of malformations.  An additional yet no less important priority is to identify the consequences of such pathology for amphibian population persistence.

Beginning around the mid-1990s, numerous reports of malformed amphibians generated widespread concern among scientists, health officials, and state and federal agencies. In large part, these malformations involved limb deformities in recently metamorphosed frogs. Extra limbs, partially and completely missing limbs, and a variety of other limb malformations (e.g., skin webbings, bony triangles) comprised many of the observed deformities (malformation gallery). In the United States, concentrations of hotspots have been reported in the western US, the Midwest, and the Northeast (including parts of southern Canada). Concern over possible threats to human health and ongoing declines in amphibian populations prompted intensive research by a variety of academic and government organizations. Broadly, research has focused on the following potential causes: chemical contamination (including retinoids and endocrine disruptors), UV-B radiation, sublethal predation, and parasite infection. For a recent review, see Johnson et al. (2010). This issue is still very much alive, and new malformations sites continue to be discovered each and every year (www.deformedfrogs.org).

A fluke of nature

Research in our lab has focused on trematode parasite infection, which has been implicated as an important cause of malformations in amphibians across North America. Specifically, the digenetic trematode Ribeiroia ondatrae has been closely linked to the occurrence of severe limb deformities in amphibians both in experimental studies as well as large-scale field surveys involving thousands of examined animals. It is a particularly prevalent cause of limb deformities in the western United States, including California, Oregon, Washington, and Montana, although the parasite has been detected across much of the USA. Although the types of deformities induced vary by amphibian species, Ribeiroia has been shown to cause extra limbs (up to 6 extra limbs or 10 limbs total), partially and completely missing limbs, bony triangles, skin webbings, and digit alterations (see here for images of deformities). Based on laboratory trials, mark-release-recapture studies, and multi-year surveys, frogs with parasite-induced deformities are less able to jump, swim, obtain food, or survive to maturity, even following years in which a large fraction of emerging frogs are malformed.

Digenetic trematodes, such as Ribeiroia ondatrae, are parasitic flatworms with complex life cycles, typically involving two or more hosts. Species in the genus Ribeiroia utilize three hosts: rams horn snails, larval amphibians or fishes, and birds or mammals. Snails function as the first intermediate hosts, in which the parasite undergoes asexual reproduction to produce free-swimming cercariae. Cercariae encyst around the developing limbs of larval amphibians, wherein they form a resting stage (metacercariae) that can interfere with proper limb development. For the parasite to complete its life cycle, an infected amphibian must be consumed by a suitable definitive host. Definitive hosts for Ribeiroia are typically birds, such as herons, raptors, or waterfowl within which the adult parasite reproduces sexually and releases eggs in the host feces. Eggs hatch in water, releasing free-swimming miracidia that infect snails, continuing the cycle. Perhaps most disturbingly, malformations caused by Ribeiroia are hypothesized to increase the susceptibility of infected frogs to predation, potentially enhancing parasite transmission between its second intermediate (amphibians) and definitive hosts (birds). A variety of other parasites with complex life cycles are known to alter either the appearance or behavior of their second intermediate hosts, effectively rendering them more vulnerable to predatory definitive hosts. 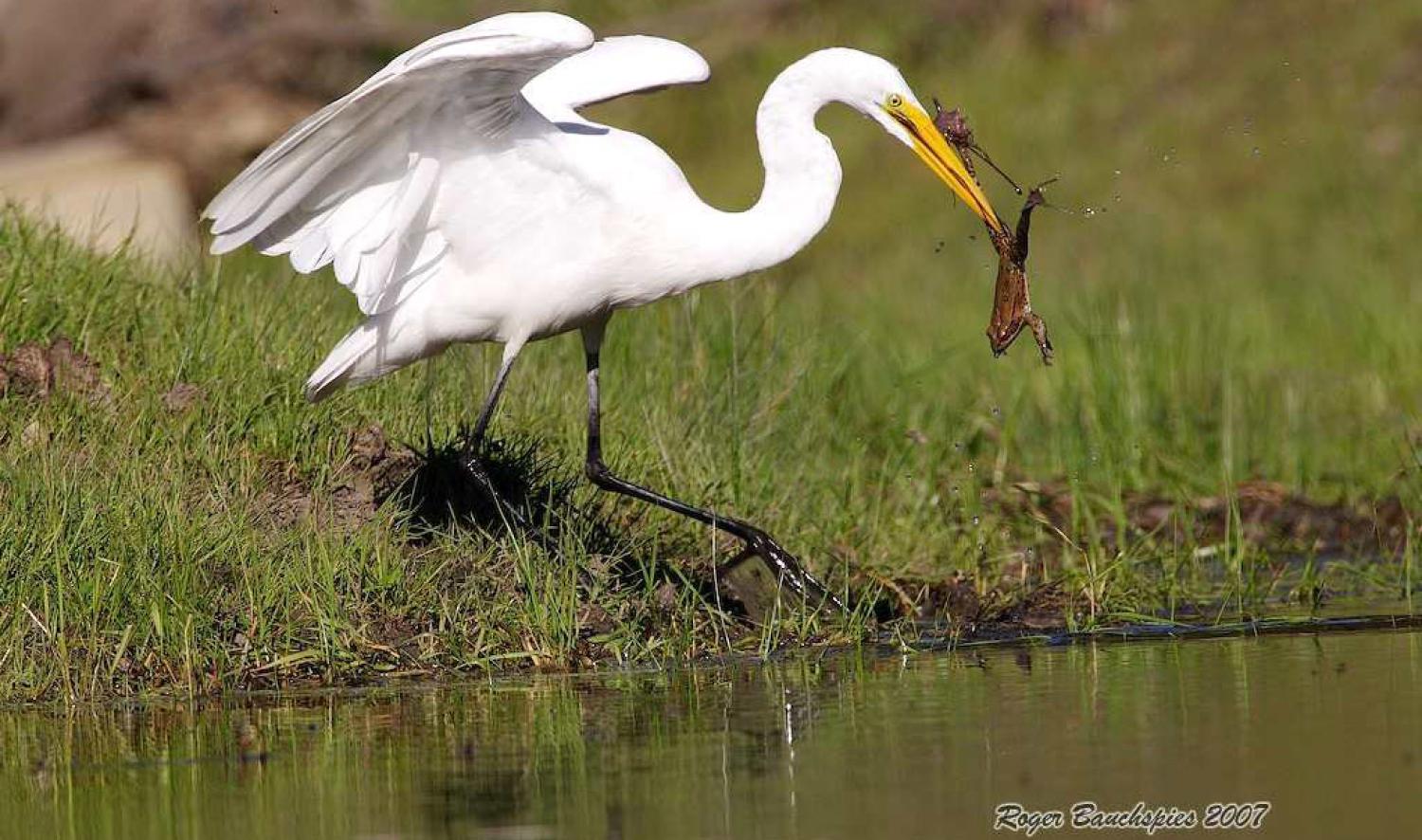 A final yet pressing priority in the study of amphibian malformations is to identify the long-term consequences of Ribeiroia infection and malformations for amphibian population persistence. Malformed frogs do not survive to sexual maturity, likely succumbing to predators and/or starvation, and Ribeiroia infection itself is highly lethal to amphibian larvae. Deformities have also been reported in a number of threatened or endangered amphibians, such as the California red-legged frog. Considering that malformations can affect >50% of the emerging frogs in a population, the net effects of infection and malformations on mortality may be substantial. Although anecdotal reports have linked malformations and amphibian declines in select populations, there have been no attempts to quantify the effects of Ribeiroia relative to other sources of mortality, particularly under field conditions. This is a key issue toward evaluating the conservation significance of amphibian malformations.

Goodman, B. A. and P. T. J. Johnson (2011). Disease and the extended phenotype: parasites control host performance and survival through induced changes in body plan. PLoS ONE 6: e20193.   PDF

Have You Found a Deformed Frog? Report it here