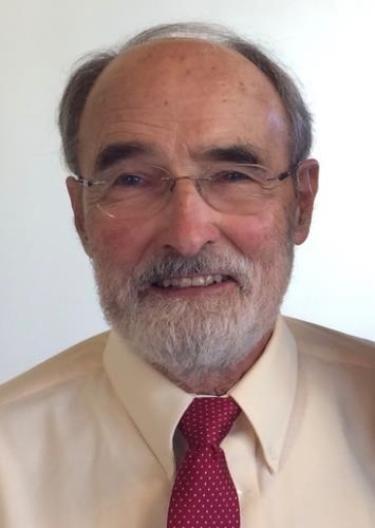 Professor Emertus Tom Cathey of the College's Department of Electrical and Computer Engineering was a key player in winning the Optoelectronic Computing Systems Center (CCS) for CU in 1987 from the National Science Foundation.

"OCS has also earned strong support from industry, the University, and the state," says Cathey. "It has come to be recognized as an international leader in both education and research."

Cathey has assembled an extraordinary group of 28 faculty and over 100 outstanding undergraduate and graduate students. "Under Tom's direction," adds Dean Richard Seebass, OCS has emerged as an exceptional example of an NSF Engineering Research Center and is now the world's leading academic center for optical computing research."

The NSF's Engineering Research Center program was established in 1985 to support the development of world leaders in various high-tech fields on academic campuses. Currently, there are only 18 of these centers in the country, and OCS is the only one devoted to education and research in optoelectronic computing system design and operation. These computing systems use photons of light in addition to electro4is.

Cathey was born and raised near Greenville, South Carolina, and earned B.S. and M.S. degrees at the University of South Carolina in 1959 and 1961. "1 majored in engineering when I was a freshman in college," says Cathey. "Math came easy for me because it did not involve a lot of memorization. I was able to work things out in my head."

He continued his education at Yale University and graduated in 1963 with a Ph.D. in electrical engineering. He then went to work for Rockwell International's Autonetics Research Center in Anaheim, California. There, as a member of the microwave optics group, he did research on holograms, optical information processing, and adaptive optical arrays.

Cathey taught electromagnetic theory part-time at the California State College at Fullerton in 1967 and came to CU in 1968, where he taught primarily on the Denver campus for a number of years.

Cathey quickly assumed other academic responsibilities. From 1970 to 1975, he was the associate chair of CU's Electrical Engineering Department, in charge of this program on the Denver campus. In 1982, he was elected chair of the Faculty Senate at CU-Denver, and 2 years later he became chair of what was by then a separate Department of Electrical Engineering and Computer Science.

He came to the Boulder campus as a professor of electrical engineering a year before becoming the director of OCS. Besides teaching and serving as the Center's director, he also performs and directs research in optical information processing, coherent optics, and imaging systems.

Cathey has published widely in his field and has authored a textbook, Optical Inforrnation Processing and Holography. "Writing gives me a chance to assemble and consolidate knowledge. It also helps me to remain current on what is happening in my field." He says he would like to write another book, but, "unfortunately, right now writing has to be at the bottom of my list of things to do."

An NSF site visit team last year was highly complimentary in its assessment of the Center's progress. In its executive summary, this team called the Center's research "of the highest quality and world-class," its educational program "excellent with substantial impact on the university and ... the optoelectronic community," its management "well organized, focused, and effective."

"My primary job is setting and overseeing the technical directions of OCS's educational and research initiatives," Cathey says. "The most important event in my engineering career at CU was when we received the NSF award for the Center."