Presented by Tony Mauro of the National Law Journal 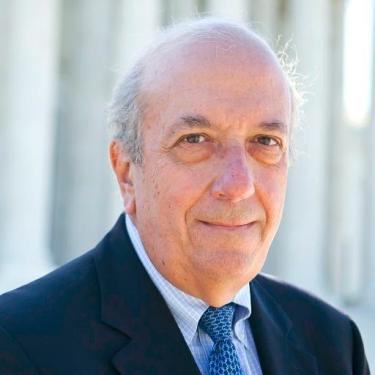 The Robert Court turns 10 this year, and one of its hallmarks has been a series of cases giving strong First Amendment protection to unpopular speech. But some say the court has gone astray, using the First Amendment inappropriately as a tool to strike down campaign finance laws. And how does its prospeech track record square with the Court's frequent lack of transparency as an institution?
Tony Mauro of The National Law Journal, who has covered the Supreme Court for more than 35 years, will offer insights about the court's First Amendment rulings as well as its penchant for privacy.

The Keller Center is pleased to welcome our latest guest speaker, Dr. Michael Kang, presenting a draft of his latest project, "The Brave New World of Party Campaign Finance". Dr. Kang will discuss an understanding of aggregate quid pro quo corruption that could offer an alternative to established Supreme Court reasoning on campaign finance regulation.

Dr. Kang (Ph.D., Harvard University) joined the Emory University law faculty in 2004. His research focuses on issues of election law, voting and race, shareholder voting, and political science. His work has been published by the Yale Law Journal, NYU Law Review, and Michigan Law Review, among others.

Prof. Fowler will discuss political advertising volume, content, and sponsorship trends over the past decade, and especially post-Citizens United. Topics will include advertising volume, negativity, interest group activity, the rise of “dark money” and its consequences and possible remedies.

Dr. Fowler (Ph.D., University of Wisconsin-Madison) conducts research in political communication, specializing in the analysis of local media and campaign advertising. Her work on local political coverage and policy has been published in political science, communications, law and policy, and medical journals.

Co-sponsored by The CU Political Science Department, Keller Center for the Study of the First Amendment & The CU Law School Byron White Center for Constitutional Law.