The Keller Center prides itself on bringing distinguished speakers to campus and sponsoring conferences on various aspects of the First Amendment.  This page will be updated when new events are scheduled.  In the meantime, please explore our most recent events below, or use the menu to the right to review the events of previous years. 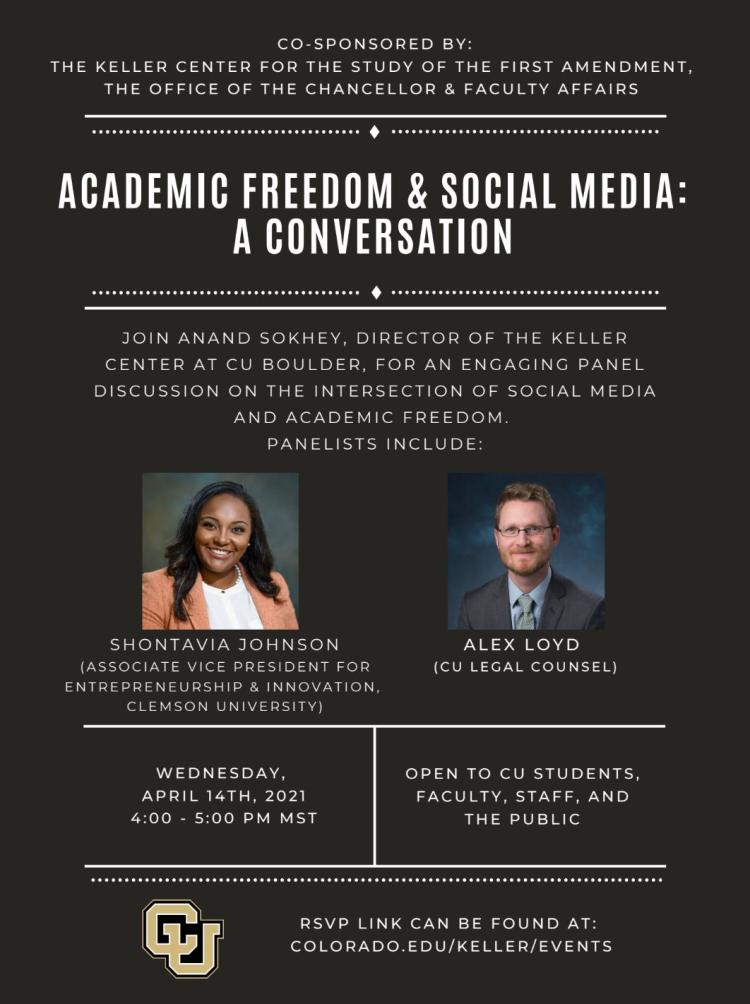 Join us for a live virtual panel discussion, hosted by Keller Center Director Anand E. Sokhey, on the intersection of academic freedom and social media.​ 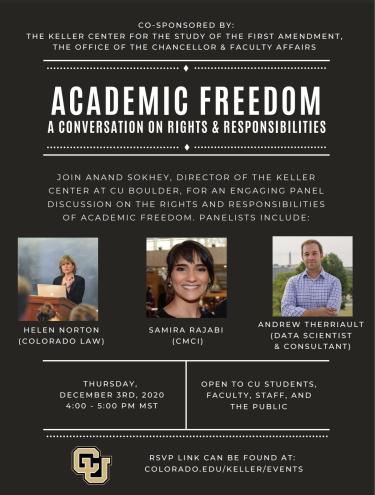 Join us for a live virtual panel discussion on the rights and responsibilities that come with academic freedom.​ 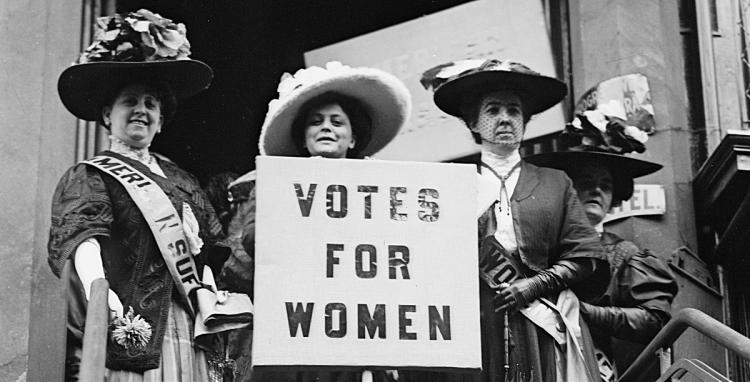 Join us for a live virtual panel discussion.​

Leading scholars and practitioners of women’s voting rights both historically and today will discuss the evolution and current state of women’s right to vote and how the votes of women affect women’s policy priorities. The event is free and open to all. Should you require communication assistance, please email cwapress@colorado.edu.

If you are interested in listening in on the discussion, please RSVP by following this link.

Upcoming Keller Center Conference: "Does Religion Still Matter in the Age of Trump?" 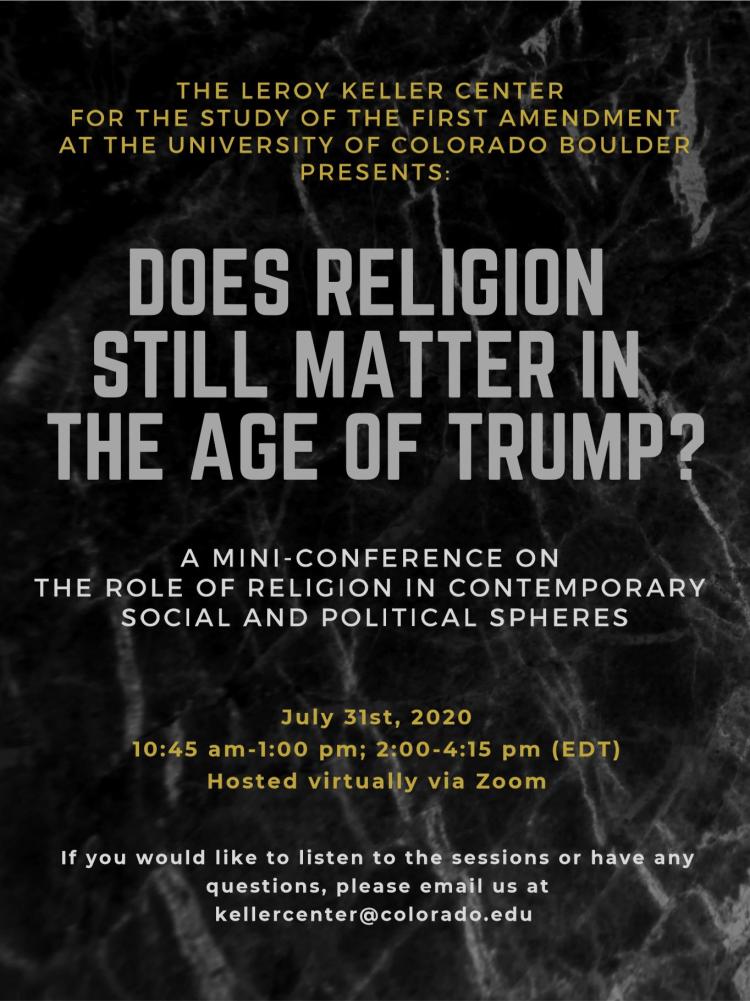 Join us (by Zoom) for discussions that day.

This 1-day conference will bring together an interdisciplinary group of scholars (political science, sociology, and history), leveraging different angles and methodological approaches.  Some of the questions that will be discussed:

If you are interested in listening to the sessions via Zoom or have any other questions about the conference, please reach out to us at kellercenter@colorado.edu 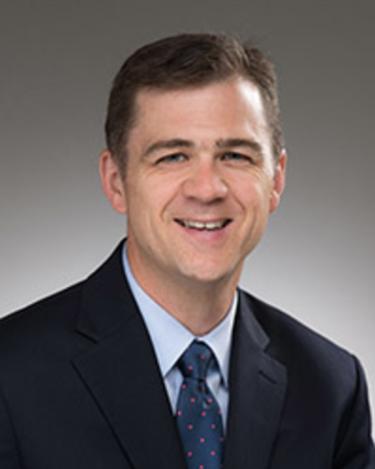 Biography: David Campbell is the Packey J. Dee Professor of American Democracy at the University of Notre Dame and the chairperson of the political science department. His most recent book is Seeking the Promised Land: Mormons and American Politics (with John Green and Quin Monson). He is also the co-author (with Robert Putnam) of American Grace: How Religion Divides and Unites Us, which has been described by the New York Times as intellectually powerful, by America as an instant classic and by the San Francisco Chronicle as the most successfully argued sociological study of American religion in more than half a century.  American Grace has also received both the 2011 Woodrow Wilson Award from the American Political Science Association for the best book on government, politics, or international affairs and the Wilbur Award from the Religious Communicators Council for the best non-fiction book of 2010.

Prof. Campbell is also the author of Why We Vote: How Schools and Communities Shape Our Civic Life, the editor of A Matter of Faith: Religion in the 2004 Presidential Election, and a co-editor of Making Civics Count: Citizenship Education for a New Generation. As an expert on religion, politics, and civic engagement, he has often been featured in the national media, including the New York Times, Economist, USA Today, Washington Post, Wall Street Journal, Time, NBC News, CNN, NPR, Fox News, and C-SPAN.

Description: A panel discussion on what academic freedom means for faculty members as teachers, researchers, and artists, and what their rights and responsibilities are under its tenets. Panelists include: 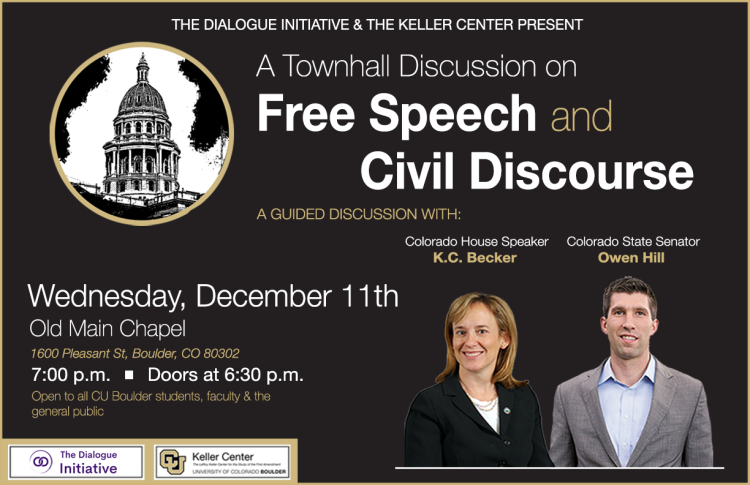 Colorado House Speaker KC Becker and Colorado Senator Owen Hill will take part in a townhall discussion on free speech and civil discourse on 12/11/2019 at Old Main Chapel. This event is open to all CU Boulder students, faculty, and the general public. Don't miss this event!

The First Weaponization of the First Amendment 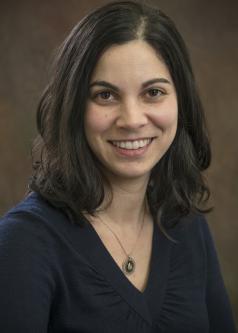 Please register as a guest to attend this event: register here.

Last spring, Justice Elena Kagan charged the Supreme Court’s conservative justices with “weaponizing the First Amendment.” In this talk, Laura Weinrib will explain how radical labor activists first “weaponized” the First Amendment during the 1930s. Their unlikely coalition with business leaders made judicial enforcement of free speech a central feature of American constitutional democracy. Weinrib will explore why their forgotten bargain backfired, with important implications for the contest over constitutional rights today.

This talk is co-sponsored with the Center for Western Civilization, Thought & Policy. 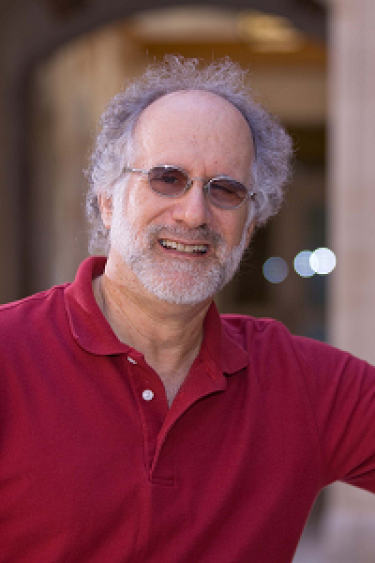 Tuesday, February 19th, 2019
12:00 PM - Ketchum 1B31
Lunch servedIn their support for Democratic candidates and liberal policies, American Jews diverge both from non-Jewish Americans who share their social traits and Jewish communities elsewhere. I argue that these anomalies grow out of the distinctive political context and favorable political opportunity structure that Jews encountered in the United States. At the founding, they began to develop a distinctive political culture based on the bedrock principle of equal citizenship in a secular state. Drawing on opinion surveys and extensive archival research, I trace the development of this culture by examining the controversies and threats that stimulated political participation by American Jews and how this classical liberal understanding of the polity reinforces the Jewish partisan and ideological tradition today.