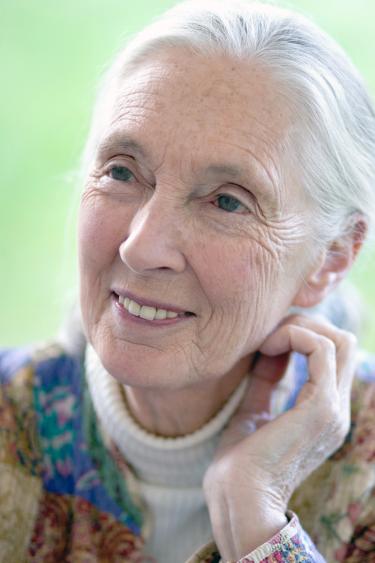 Within weeks of arriving in Mombasa, Kenya to visit a friend, 22-year-old Jane Goodall had been hired as an assistant to paleontologist Louis B. Leakey. In 1961, he asked her to lead a study at Gombe Stream in Tanzania, setting her on the road to becoming the world’s foremost expert on chimpanzees.

Now 81, Goodall spends nearly 300 days a year on the road educating people about threats facing chimpanzees, other environmental crises, and her reasons for hope that humankind will solve these problems. She is the author of 27 books and has been featured in countless documentary films. Her honors include the French Legion of Honor, the Medal of Tanzania, and Japan’s prestigious Kyoto Prize. In 2002, she was appointed to serve as a United Nations Messenger of Peace and in 2003 she was named a Dame of the British Empire.

The Jane Goodall Institute, established in 1977, continues the Gombe research and is a global leader in the effort to protect chimpanzees and their habitats. In 1991 Jane founded Roots & Shoots, which has inspired hundreds of thousands of students in more than 130 countries to take action to make the world a better place for people, animals, and the environment. 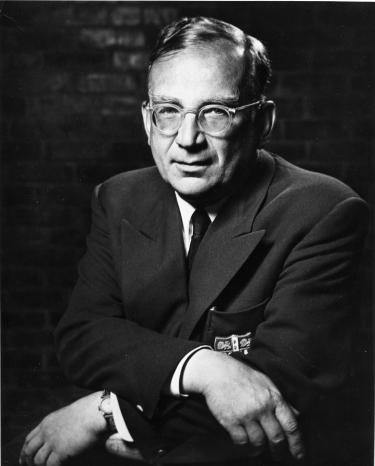 The George Gamow Memorial Lectures honor the eminent Russian-born physicist who joined the Department of Physics at the University of Colorado in 1956. Gamow brought enormous enthusiasm and breadth to the teaching of undergraduate courses for non-science majors, as well as graduate courses and seminars. He continued his research and writing until his death in 1968.

Fame as a physicist came to Gamow with his theory that explained the radioactive alpha particle decay of atomic nuclei.  In cosmological studies, he is recognized for his theory of the origin of the chemical elements in the Big Bang. In 1954, his studies in biology led to his suggestion that the genetic code is a triplet code, a concept fundamental to modem biology. However, Gamow is most widely know for his popular writings on science, which introduced millions of readers to the concepts of relativity, and atomic and nuclear physics. These writings have been translated into dozens of languages. In recognition of the global impact of his popular scientific writings, the United Nations awarded him the Kalinga Prize in 1956.

The George Gamow Memorial Lectures were initiated by the Department of Physics and Mrs. Barbara Gamow following the death of Professor Gamow. Barbara Gamow died in December 1975. In her will, she left an endowment to the University of Colorado Boulder to maintain these free-to-the-public science lectures. Since 1978, all George Gamow Memorial Lectures have been funded by this generous bequest.

For more information about the CU-Boulder physics program visit the Physics website or call 303-492-6952.

To learn more about the many ways you can support the CU Department of Physics and its programs, please contact: Lauren Wilcox, Senior Director of Advancement, University of Colorado Boulder, lauren.wilcox@cufund.org, 303-541-1460.