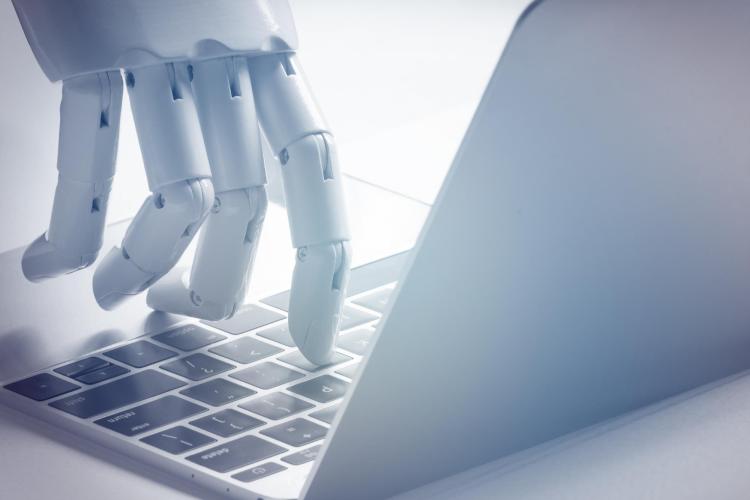 The U.S. Department of Defense recently announced it will invest up to $2 billion over the next five years toward research programs advancing artificial intelligence.

The U.S. Department of Defense recently announced it will invest up to $2 billion over the next five years toward research programs advancing artificial intelligence, and the CU Boulder College of Engineering and Applied Science is well-positioned to meet that demand, according to faculty and staff.

The funding will be provided through the Defense Advanced Research Projects Agency through the AI Next Campaign. The department calls this the “third wave” of development in artificial intelligence with the goal of creating machines that understand reason and context for a variety of applications.

Key areas of the campaign include automating DOD business processes such as security clearance vetting, enhancing the security and resiliency of machine learning, and reducing power, data and performance inefficiencies. Practical applications for these research areas include cybersecurity and space-based imagery analysis as well as biomedical advances and control of prosthetic limbs.

Faculty in the college are already addressing many of these issues through their participation in the Autonomous Systems Interdisciplinary Research Theme. The theme was established a year ago to provide funding, foster collaboration and prepare for future research opportunities like this said director Eric Frew.

“In some ways, the Autonomous Systems Interdisciplinary Research Theme anticipated the need for this type of large investment into AI research, and is focused on how to make certifiable - in other words trustworthy - AI systems that can be deployed in society,” he said.

Brad Hayes, CU Boulder assistant computer science professor, is part of the theme and conducts research in artificial intelligence and robotics. He said the funding is fantastic news for the college and could bolster CU’s existing strength in those areas if awarded.

“We are in a great position to leverage this new funding to extend our portfolio of impactful interdisciplinary and collaborative work,” he said. “As director of the Collaborative Artificial Intelligence and Robotics Lab, I was particularly excited to see that the new initiative has tremendous overlap with our own research priorities of developing technologies enabling autonomous systems to learn, adapt, reason, explain, teach and safely work with humans.”

Professor of Linguistics and Computer Science Martha Palmer said the news was particularly welcomed by new computer science faculty, because it provides an opportunity to get quickly engaged with a DARPA program manager on a specific AI topic with results expected in a short timeframe.

“We have several new faculty members doing cutting-edge research in robotics, machine learning, cybersecurity and natural language processing who are perfect for this kind of project,” she said.

A key component of the campaign will be DARPA’s Artificial Intelligence Exploration program, which was first announced in July. The department says that program constitutes “a series of high-risk, high-payoff projects where researchers will work to establish the feasibility of new AI concepts within 18 months of award. Leveraging streamlined contracting procedures and funding mechanisms will enable these efforts to move from proposal to project kick-off within three months of an opportunity announcement.” AIE Opportunities will be published on the FedBizOpps website under Program Announcement DARPA-PA-18-02.