Bible Earthers are out of this world 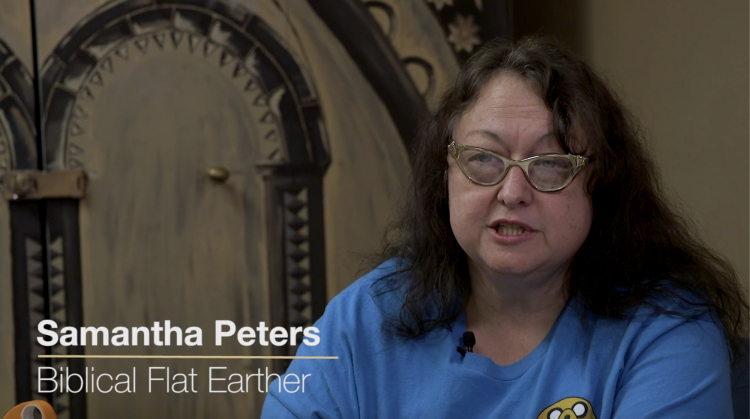 In a small coffee shop in Fort Collins, Colorado, a meeting takes place inside the “Lovecraft” room at 6 p.m. every Tuesday. Members shuffle in at their leisure and take their seats at plastic tables arranged in a circle to face each other. They meet to talk about one thing: Flat Earth.

Conspiracy theories have been added to the large list of phenomena that have taken the world by storm in the rise of the popular internet and social media. One of the more well-known theories is the belief that the earth is actually flat. However, according to FlatEarthOfficial.com, this ever-growing society is more than just a forum to discuss the shape of the world.

“It is not that the truth is not known, it is that the truth has been intentionally hidden from the masses in order to control the population, and keep them away from God,” the website says.

Many of these believers share the same sentiments that traditional education that includes learning about the solar system and evolution are inherently not true because the teachings of the Bible say otherwise.

Being religious is not a requirement in becoming a Flat Earther, but for many of the members in the Fort Collins Flat Earth group, God is all that they have known. Samantha Peters, a relatively new member to the group, says that a relationship with God is the key to knowing the truths about the world.

“You don’t have to embrace the idea that you’ve been taught anything other than what you’ve been taught about the Bible and school,” she said. “People can still come to know God and faith on a deep level, so, I guess Flat Earth would be that extra piece of information that’s going to make things a lot clearer.”

Deborah Whitehead, a religious studies associate professor at the University of Colorado at Boulder, says there’s a reason why modern science appears to be a threat to the Flat Earth movement and those who follow it in a religious context.

“There is a conflict thesis that you see come up a lot in articles about the Flat Earth movement that basically says that modern science and modern religion are completely incompatible,” she says. “That is fundamentally true. This is what underlies their opposition to evolution and their commitment to creationism.”

Whitehead believes that there is a fear in some Flat Earth individuals in connection to their religion and world views. She says that there is a need to hold onto their interpretations of biblical teachings of the world over evidence that might say otherwise.

Many fellow Bible Earthers have observed that what they were taught in school is the exact opposite of what biblical scripture has told them. They encourage others to do their own careful research into the topic to see the truth for themselves. Kent Shove, another member of the community, says that others should conduct experiments to see the evidence of Flat Earth.

Those in the science community like Dr. Doug Duncan, the former director of Fiske Planetarium at CU Boulder, aren’t too concerned about conspiracy theories that challenge them.

“Theories about the Flat Earth aren’t scientific theories. One of the biggest misconceptions about theories is the difference between people’s theories and scientific ones,” he said. “If it’s a scientific theory you have to test it and make predictions. Otherwise, it’s just an opinion.”

Despite pushback and stigmatization of the group, members of the Flat Earthers are hardly ever discouraged from their beliefs. They gather together in the “Love Craft” room surrounded by purple, blue, and orange colored walls in a place where their opinions are safe to be said. Peters, who has come to peace with who she is, mentions that she even feels bad for those who do not see their truth.

“I can’t make anyone believe in Flat Earth, they’re just going to have to look at it for themselves and make, at some point, a faith-based judgment,” she says, “Hopefully, they’re not going to buy it and keep looking. I think they have an awful lot to gain.”