A Grain of Salt 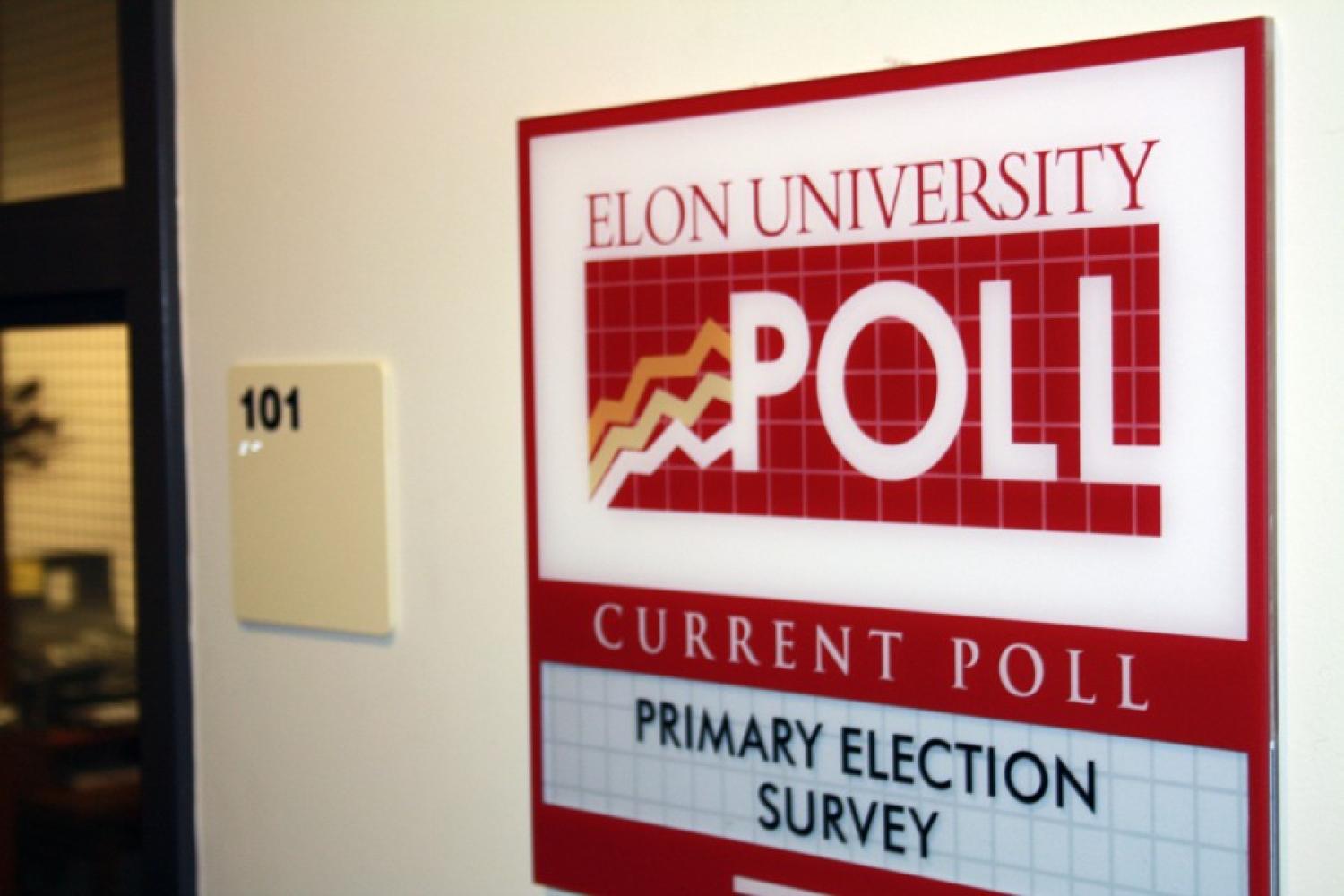 ELON, N.C. – They are Donald Trump’s raison d’être and cause for major Hillary Clinton headaches: Public opinion polls are the prime driver of much of the 2016 presidential campaign trail news. Media scholars semi-dismissively call such reporting “horse-race coverage.” Who’s ahead? Who’s behind? Who’s going to win?

But as cable news anchors hyperventilate in joyful anxiety every time they get to announce a new set of numbers, those who provide the data actually preach caution and restraint.

Andrew Smith is the director of the University of New Hampshire Survey Center, whose CNN/WMUR primary poll just this week found that Bernie Sanders has – as of now – taken a lead over the once seemingly all-but-crowned Democratic frontrunner Hillary Clinton in the first-in-the-nation state. But when Smith sat down with CU News Corps in late August, he pleaded not to let numbers carry you away.

Earlier that day, he had appeared on CNN.

“They asked, ‘What do the new polls mean for Hillary’?” Smith said. “They mean she has got some problems. But they are in no way predictive of what is going to happen.”

Although the 2016 cycle so far has seen mocking aplenty of common political knowledge, Smith warned not to jump on the rise-of-the-outsider bandwagon quite yet – for one simple reason: Voters have four more months to make up their minds. This far out, much of a frontrunner’s popularity is name recognition.

“It is summer – why would voters worry about politics?” Smith asked then, four weeks ago.

We may now be past Labor Day, the informal kickoff for the presidential race, but most of what Smith said still holds true today.

“When voters actually start to say, ‘We are voting for somebody who could become the president of the United States,’ is it going to be Donald Trump?’ Smith cautioned. “I don’t think so.”

“The old-time journalists, they are the ones who are good. They have been through this stuff before. They call me and say, ‘I have to ask you what is going on with these new polls. My editor wants something a little bit better than: The polls are kind of meaningless.’”

If they don’t, Nyhan said, “It leads them to making claims that are just unsupportable with evidence or data. They try to turn politics into a dramatic storyline that is fun to follow.”

Nyhan regularly contributes to The Upshot, a data-driven politics blog at The New York Times.

“One simple example: Why is someone up in the polls? What do reporters do? They follow the campaigns around, and they watch their speeches. The story that is often written: They must be up because they are somehow connecting with audiences. But there is no cause-and-effect relationship. When the economy is good, the crowds are probably going to like the candidate quite a bit.”

History is speckled with candidacies who blew up in smoke after a brief stint in the limelight. Remember Herman Cain?

“I am the wisest man alive, for I know one thing, and that is that I know nothing.”— Socrates

Past cycles do not necessarily account for a growing nausea among voters regarding all things political establishment. But because the implications of this relatively new phenomenon are still uncertain, pollsters warn to proceed with extra caution rather than conclude that the voter anger is inevitably going to doom the likes of Jeb Bush or Hillary Clinton.

“I do polls because I track them,” said G. Terry Madonna of the Franklin & Marshall College Poll and a nationally renowned leader in his field. “They are nothing but this little snapshot to see how people change over time, to see how they gain or lose.”

But wait, there is even more to the poll puzzle

But there isn’t just the meta-uncertainty of what voter disgust and the historic size of campaign pockets and the GOP field will eventually mean. You also have to consider many a technical issue with polling that can easily get lost in the rumble of the horse race.

“If you look at polling for the Iowa caucuses on paper, you would think it can’t be done,” said the Iowa Poll’s Ann Selzer, another of the guild’s most well-respected practitioners. “If I weren’t already doing it, I would say, ‘No, thanks.’ I said, ‘No, thanks’ to Nevada for the same reasons.”

Only a very small number of voters go through the multi-hour, mid-winter ordeal of caucusing for their candidate. Many general election voters – and their opinions – are excluded right out of the gate. Once pollsters weeded out those people – which assumes that they don’t change their minds and show up on caucus night four months from now nonetheless – the next set of problems already lurks just around the corner.

OVERVIEW: Every poll, every day

“You can change your registration on caucus night,” Selzer said. In practice, that means not every Democrat and every Republican on the voter registration list (the basis for the Iowa Poll-sters) will actually caucus as such. Then there’s the one-third of the electorate who are registered as independents as well as those 17-year-olds who are not registered voters yet but who may do so on caucus night because they will be 18 come General Election Day.

“It’s also an over-polled population,” Selzer mentioned yet another factor that can easily skew the results.

Sub-par poll question: ‘Are you from the South?’

And then there are the actual questions that pollsters ask – and more importantly, how they ask them.

Kenneth Fernandez, the director of the Elon Poll in the presidential battleground state North Carolina, gives a specific example: determining what constitutes a “Southern” voter and its values.

“The South is affecting the rest of the country because Southerners have moved to the Midwest, and you have Northeasterners moving into the South to get away from the snow,” Fernandez explained. “We actually found that a better question is not whether you are from the South but whether you have a Southern accent. Our students will code at the end of the survey: Does the person have a strong, slight or no Southern accent?”

But the abundance of polls also has an upside.

“In North Carolina, we were the only game in town for a long time,” Fernandez said. “Now you have lots of different organizations from inside and outside the state who poll here because it has been seen as a battleground.”

He uses the example of Nate Silver’s FiveThirtyEight blog at The New York Times, which used public opinion polling to predict election results in all 50 states.

“If you have only one poll in one state, your data is just not going to be as reliable,” Fernandez said. “No matter how perfect a polling organization does things, you could be well outside the margin of error just because of random and sampling errors.”

The bottom line: There is a whole host of issues that is beyond the control of polling science. And in the roller-coaster ride that the 2016 presidential election cycle has been so far, that notion might be truer than ever before.