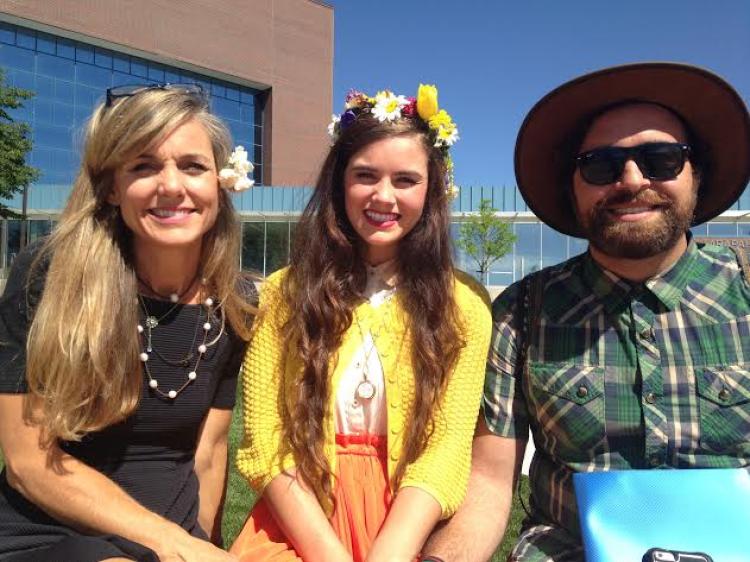 Bonnie Kate Zogbhi (center) with her husband Max (right) and mother (left). Zogbhi was shot in the leg in the Aurora theater shooting.

CENTENNIAL, Colo. — The entire courtroom took notice of Bonnie Kate Zoghbi. Outfitted in a bright orange skirt, a yellow cardigan and a wreath of flowers on her head, Zoghbi sat with her husband, Max Zoghbi, and her mother as she waited to give testimony today at the Aurora theater trial.

“I always wear flowers in my hair and bright colors,” Zoghbi said. “There didn’t seem to be a reason why I shouldn’t today.”

On the stand, she recounted being shot in the knee and praying for her life while hiding behind theater seats. Zoghbi looked over at defendant sitting just a stone’s throw away from her, she smiled and took a deep breath.The defendant, James Holmes, is pleading not guilty by reason of insanity for killing 12 people and injuring 70 more.

“I wasn’t actually scared of James Holmes,” Zoghbi said. “I honestly feel more burden for him because he must be in such a dark, awful place.”

Zoghbi is from Louisiana. In the summer of 2012, the then-18-year old was recovering from a tropical virus she contracted in Haiti while working as a missionary. After narrowly escaping death, she decided to take a cross-country road trip with her friend to try to normalize life after Haiti.

The young women stopped in Aurora, Colo. on July 19 and wanted to go hiking to see wildflowers. A drought prevented the typical Colorado floral scene from fully blooming that summer, so Zoghbi and her friend decided to skip hiking and go to the movie theater that would be gunned down that night by a masked man with an AR-15 rifle, a shotgun and a handgun.

Seven surgeries, three years of chronic pain and a court testimony later, Zoghbi and her filmmaker husband are ready to rove throughout the United States in what they call their “silver lining”: a 1979 aluminum Airstream trailer they named Rosemary.

The Zoghbis’ adventure was meant to begin months ago but was interrupted when the couple received notification that Mrs. Zoghbi would have to testify in court. On their website’s journal, they wrote:

Crying, we tried to compose ourselves.  “We need to do what?  We have to go to court and testify? See James Holmes in person? Relive everything in front of real people, with real hurt and real families like ours? His family even…” Months after our Airstream beach adventure, we got some news.  This was our first response to hearing the fact that Bonnie Kate would have to testify in court for the trial of James Holmes for the 2012 Aurora, CO Batman Theatre Shootings.

The night she almost lost her life, that has marked our lives in so many ways since, and one we hadn’t properly ‘worked through’, really, yet. It is a strange thing, the human response to such a visceral, nightmarish hell. But self-preserving, prayerful compartmentalization can only take you so far before you need to look it, all of it, in the face and push through; chronic pain marking each step along the way. 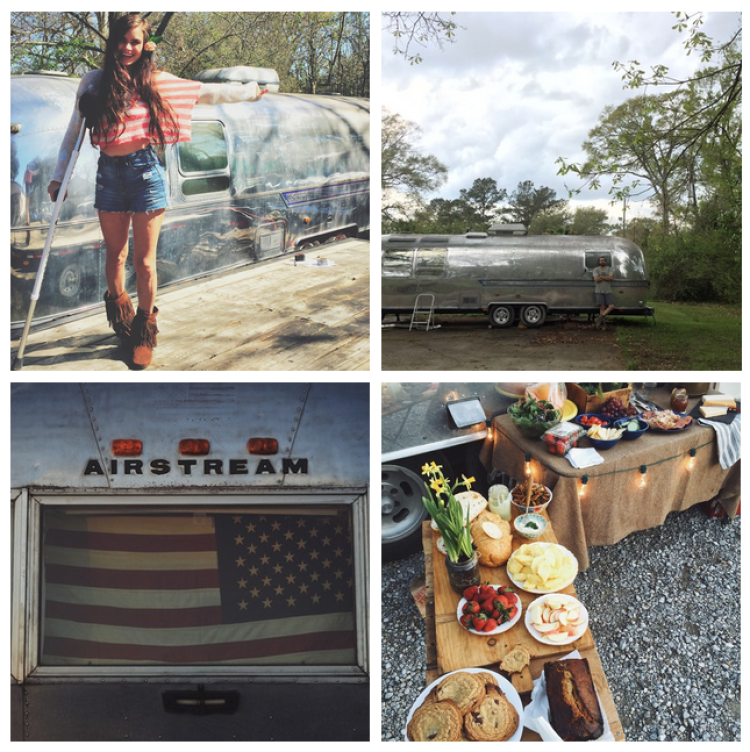 The couple is now free of legal obligation to the trial, as far as they know, and they are ready to begin a transient lifestyle of making documentary films, giving motivational talks and workshops, and cultivating professional and personal connections.

Max is a filmmaker, storyteller, self-described “inspiration junkie”; Bonnie Kate is an illustrator and does handcrafted stylings ranging from calligraphy, baking, floristry, and signage. Max made a short film, “Wildflower,” based on his highly elaborate marriage proposal to his wife. The film speaks briefly about the role the shooting played in strengthening the couple’s love and lives.

“A life of self-renouncing love is one of liberty,” Max said in his film.

Learn more about the couple’s journey at www.BeAdventure.us. Hear more from Bonnie Kate below in an exclusive interview with CU News Corps.

Editor’s note: CU News Corps will honor the victims of this tragedy with every post via this graphic.