Commuters get back on Nederland-to-Boulder route

Commuters took state highway 119 from Nederland to Boulder Monday morning for the first time in almost a month, connecting U.S. Route 36 to one of its major extensions and signaling a step toward normalcy in the aftermath of September’s vicious flooding.

Boulder residents know the road best as Canyon Boulevard, which meets Route 36 at 28th Street and leads west to Nederland. CO-119 re-opened at 5 p.m. Sunday, Oct. 6 after weeks of non-stop construction, allowing direct access to Boulder and 36 for the first time since Sept. 12.

The effort to re-open the road was taken on by the entire state, with representatives from CDOT, the Colorado National Guard, construction firm SEMA, Boulder County and the state patrol working over the course of nearly four weeks. Gov. Hickenlooper referred to the effort as “a victory for us all.”

“Colorado is rising to meet this unprecedented challenge to rebuild our communities,” Gov. Hickenlooper said during a press conference Monday.

Spots where the highway had cracked or crumbled away are now freshly patched over with asphalt, and sections of guardrail have been replaced. Once it was stabilized, and after falling rocks were no longer a threat, CDOT deemed it safe enough for commuters.

Nederland residents, who in past weeks took an hour-long roundabout way out of town through Sunshine Canyon, weren’t the only ones taking advantage of the freedom of the open road. Boulder locals Chuck and Susan Anderson drove along 119 Monday morning to assess the damage.

Chuck Anderson, a geologist working as a data manager for the National Geophysical Data Center, is on furlough because of the government shutdown and has been spending time in the affected areas. He and his wife, who works for Penn State’s Master of Geographic Information Systems program, are planning to go to Estes Park and Lyons once they become open to the public again.

“Supporting the local businesses, even with just one little purchase, it’s the least we can do,” Susan Anderson said.

Today it was coffee at a Nederland restaurant. And while the Andersons admit that their lines of work make events like this exciting, the reminders of loss and destruction are sobering.

“It’s a good reminder that the world isn’t quite as solid as we might think,” Chuck Anderson said. “Nothing is really permanent.” 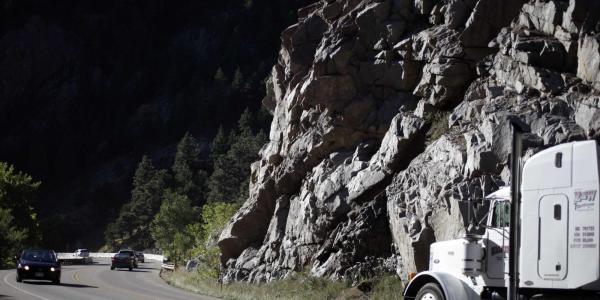 Traffic moves freely along Highway 119 again, after being closed for repairs for nearly a month. The highway is a major artery from and to U.S. 36. (Robert R. Denton/CU News Corps) 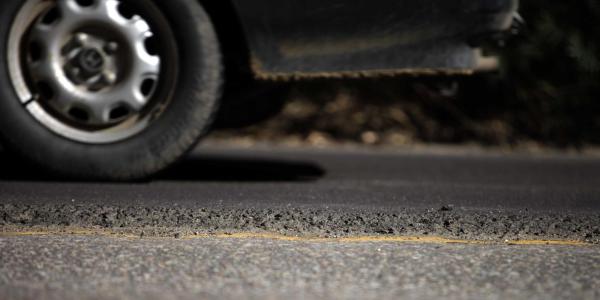 A car drives on a raised lane of newly laid pavement on Highway 119. Many parts of the road had to be re-paved after damaged sustained from the September flooding. (Robert R. Denton/CU News Corps) 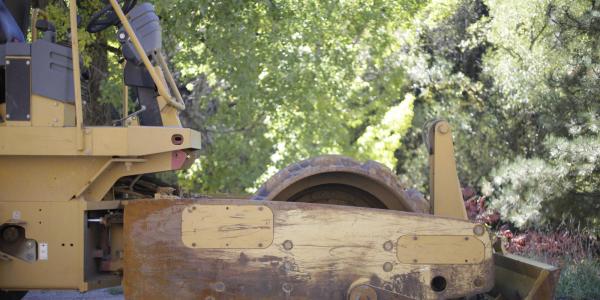 Some heavy equipment brought in to help repair the road sits on the side of Highway 119 in Boulder Canyon. The roadway needed considerable work done after parts of the roadway and shoulders were washed away by flooding. (Robert R. Denton/CU News Corps) 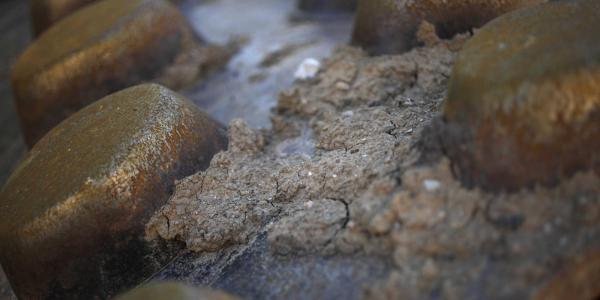