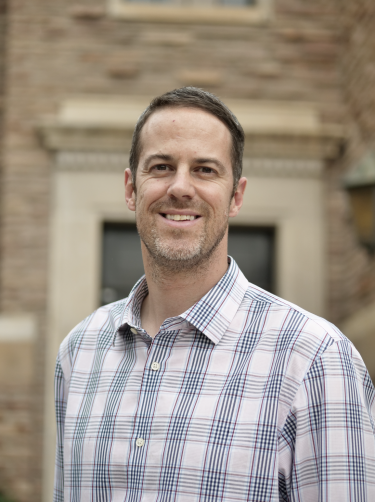 Professor Osborne teaches courses on colonialism and empire in Africa, focusing particularly on the ways African peoples responded to these systems. Some of the courses he offers include: "Introduction to African History," "History of Southern African," and "Africa Under Colonial Rule." Additionally, he also directs the undergraduate history honors program and teaches the corresponding course: "Honors Seminar." Professor Osborne is the recipient of an award for teaching excellence from the Boulder Faculty Assembly and was a Gordon Gamm Teaching Fellow.

Professor Osborne received his Ph.D. from Harvard University in 2008 and completed his undergraduate education at Columbia University and the University of Oxford (England). Professor Osborne’s first book, entitled Ethnicity and Empire in Kenya: Loyalty and Martial Race among the Kamba, c. 1800 to the Present (Cambridge University Press, 2014) was a finalist for the African Studies Association’s Ogot Prize. He is the author (with CU History Department colleague Susan Kent) of Africans and Britons in the Age of Empires, 1660-1980 (Routledge, 2015) and editor of The Life and Times of General China: Mau Mau and the End of Empire in Kenya (Marcus Wiener Publishers, 2015). His research has appeared in a number of journals including Comparative Studies in Society and History and the Journal of African History, and he has received grants from agencies including the National Endowment for the Humanities and American Philosophical Society. In 2017-2018, Professor Osborne was a fellow at the Hutchins Center for African and African American Research at Harvard University. His new work looks at the connections between Africa and the Caribbean after the Second World War.