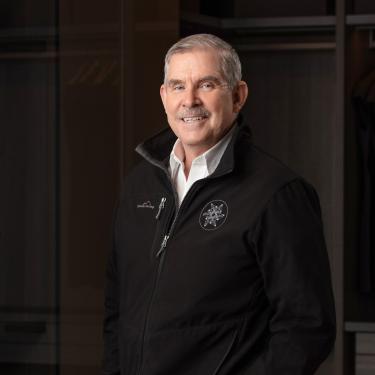 Brewster Waddell is the CEO of Theodore Waddell Designs, a high-end lighting design company based in Frisco, Texas.  He has over twenty years’ experience establishing profitable business channels for U.S. financial service and technology companies throughout Latin America and is well-networked at the C+ levels within many of the top tiered banks and financial institutions in Brazil, Mexico, Chile, Argentina, Colombia, Peru and Puerto Rico. Prior to his career in international sales, Brewster served as International Trade Director and Director of Mexico for the Texas Department of Commerce under then-Governor George Bush, where he was responsible for overseeing all international trade activities for the State of Texas.  Before accepting this post, he was a marketing consultant for over ten years, developing international trade programs and strategies; creating joint ventures with foreign companies; establishing international sales and distribution networks and providing companies with short/long term market planning and consumer product development.  Among his clients were Lone Star Airlines, Central and Southwest Utilities, and The Dallas Chamber of Commerce.

Also a passionate philanthropist, Brewster has served as trustee and two-term president of the Charles Evans Hughes Memorial Foundation (www.cehughesfoundation.org).  He also serves as an Advisory Director on the Latin America Committee for the Grameen Foundation; on the Advisory Council for the University of Texas Dallas’ Center for Global Business; as Advisory Director of the Global Dallas Chamber; founder of a non-profit in Santiago, Chile (Fundación Alianza por Control de Enfermedades Crónicas no Transmisibles), and President of the Stone D’Arcy Waddell Memorial Fund, which was established in the name of his son, Stone, who passed shortly after birth. Previously, Brewster served as Fundraising Chairman for Chiapas International, a Dallas-based non-profit charged with raising over $3 million for the Grameen Foundation's "Last Mile Initiative", a key rural agricultural sustainability and micro-finance project in Colombia.