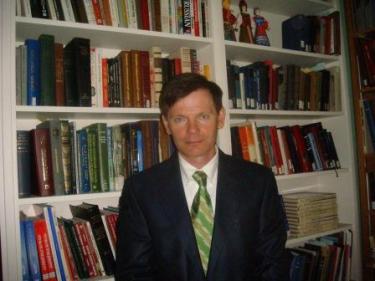 Artemi Romanov is a professor of Russian studies and International Affairs and has taught at CU since 1994. He is originally from St. Petersburg, Russia, where he studied at St. Petersburg University. After getting his PhD in Russian studies he went to India to teach Russian language and culture in Gorakhpur University, located in the Ganges valley near the border of India and Nepal. He spent four years in India teaching, meeting people, writing articles, and traveling. When he came to the U.S. in 1992 he studied at SUNY-Binghamton where he received his MA in political science and public administration. His current research interests include history of American-Russian relations, history of sports and the Cold War, sociolinguistics, lexicology, intergenerational communication, second language acquisition, and sociocultural theories and perspectives. He is the author of several books and numerous articles. He has presented his research in Russia, China, India, Turkey, Bulgaria, Iceland, UK, and the United States. He teaches classes on Russian language, culture and history, on sports and the Cold War, and on American-Russian relations. Every summer he leads a three-week Global Seminar in St. Petersburg, where CU students take an intensive Russian culture class; visit palaces, museums, and churches; and attend social and sport events, concerts, operas and ballets, all while earning four CU credits. He and his family have traveled to more than 100 countries and plan on visiting even more. His favorite hobbies include playing jazz and romantic piano music, particularly Tchaikovsky’s Seasons and Scriabin’s preludes. In winter on the weekend, he can be found cross-country skiing at Eldora; in warmer weather he enjoys catamaran sailing, in-line skating along the Boulder creek, and playing tennis, badminton, and volleyball.