Understanding the Dynamics of Art and Culture in the Middle East 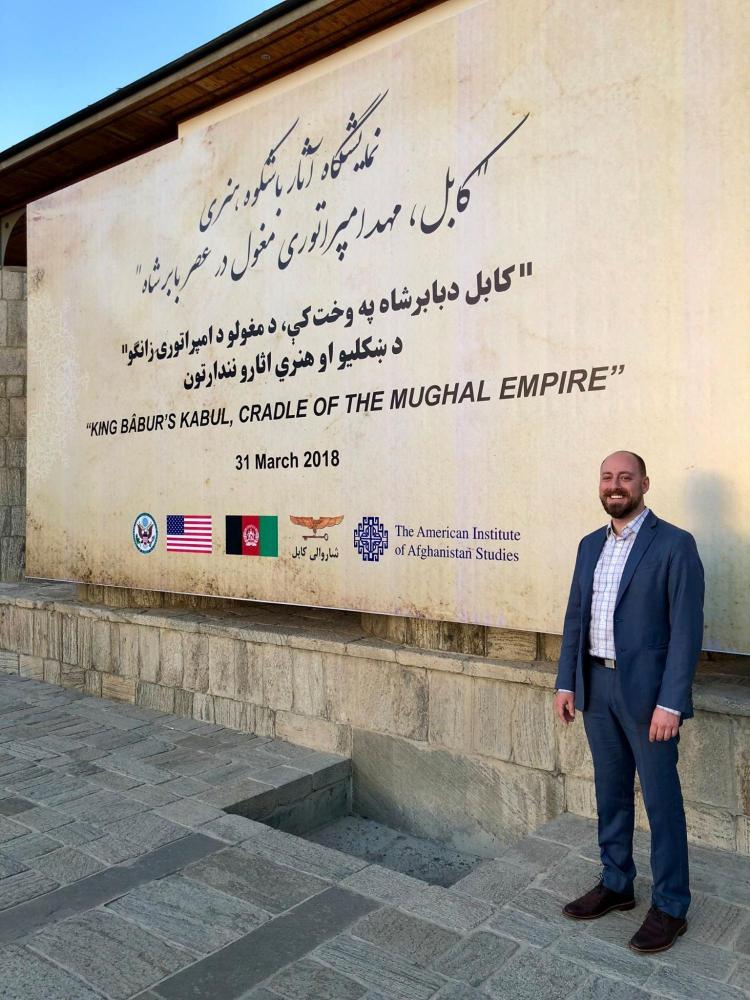 James Souza (IAFS ’10) always had an interest in the Middle East, but it was his close friends in the Smith Hall International Program (SHIP) that encouraged him to switch from Chinese to Arabic studies. SHIP is the precursor of what is now known as the Global Studies Residential Academic Program (G-RAP), and the advice of Souza’s SHIP peers made its mark. Nearly a decade later, Souza’s work aims to protect culture, people, and history in a region of the world he is deeply passionate about.

Today, Souza is the Assistant Director of the Institute for the Study of Muslim Societies and Civilizations in the Pardee School of Global Studies at Boston University. He is also the Administrative Director of the American Institute of Afghanistan Studies (AIAS) at Boston University, a non-profit based in Boston and Kabul, Afghanistan. Understanding people’s perspectives is the root of his professional research and personal interests, and he frequently approaches his work in unconventional ways. Often, he looks at how political and cultural narratives are reflected in artworks, and how they “serve to provide an alternate perspective to the current issues affecting the country.”

In 2017, AIAS directed The Afghan Medieval Miniatures project which managed to repatriate a critical aspect of Afghan cultural heritage of the 15th through 18th centuries. The art of this time, which was removed from Afghanistan soil, was still culturally relevant to many Afghan people. To understand why it is important to AIAS to restore access and awareness of art and history, Souza explains: “With regard to Afghanistan, as well as other countries in the Middle East affected by catastrophic war and displacement, heritage preservation and restoration can serve as critical pillars of identity construction once a sense of stability and security returns to those places.”

Beyond Afghanistan, Souza’s work explores cultural policy and the intersection between the state and cultural landscape in the Persian Gulf and Arabian Peninsula. “I am looking at the Saudi art scene and how the country’s new leadership has impacted the sector,” says Souza. As a student, Souza focused on political and security issues in the Middle East and he didn’t expect to end up working in non-profit management focusing on Afghanistan. However, he now sees how his international affairs background serves as the foundation of his work in the art and cultural sectors in the region.