IAFS Alum Builds a Career from the Ground Up 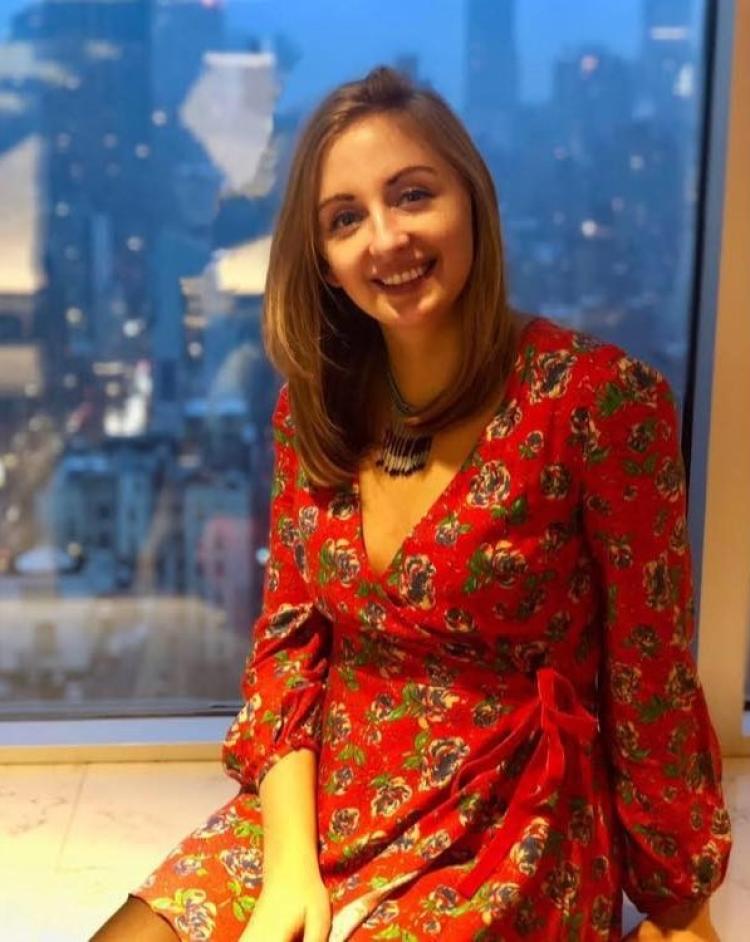 When it comes to job searching, the process takes persistence as well as skill. Upon graduating in spring 2017, Erin Neale (IAFS) relocated to Washington, D.C., determined to make a career in one of the most competitive cities in the United States. Currently, Neale is a research assistant at the Atlantic Council’s Rafik Hariri Center for the Middle East. Over the past year, she has been learning what it takes to build the foundation of a career in nternational Affairs.

*Update as of 2019: Neale works for the International Organization for Migration - UN Migration Agency and resides in the Middle East. The interview in this article was conducted in 2018.*

How did you transition from being a student to a professional in Washington, D.C.?

While I was a student at CU Boulder, my academic interests focused primarily on terrorism: how we combat terrorism in the Middle East and how it affects the United States in various ways. When I graduated, I had a summer research assistant opportunity planned and that was it. I submitted dozens of applications and asked people for advice and networking opportunities. After accepting an internship with the American Enterprise Institute (AEI) to study terrorism in Libya, I knew I had to work hard if I wanted to stay in Washington, D.C.

During a round table meeting at AEI, I met with Dr. Karim Mezran, a well-known scholar with expertise in Libya and North Africa. Soon after, I scheduled a meeting with him to learn about his work with the Atlantic Council’s Rafik Hariri Center for the Middle East. When an opportunity for an internship with the center became available, I applied and got the position.

What inspired your interest in North America and what are you currently working on?

My work is 100% inspired from my time studying abroad in Cairo, Egypt. While abroad, I became fascinated with the history, culture, politics, and conflicts of the country. Since I was in Egypt for a year, I observed how the atmosphere in the streets changed over the course of 12 months. I recently co-authored an article with a friend whom I met while abroad in Cairo, Amir Ben Ameur. He is a Tunisian activist and has worked for the United Nations.

Today, I work with Dr. Mezran at the Rafik Hariri Center for the Middle East and it has been incredibly influential to me. As a student, I was hyper-focused on security in the Middle East. Dr. Mezran has taught me about the greater political contexts in the region and has helped me broaden my focus beyond the security lens.

For Libya, I study the development of the political situation. I focus on how security on the ground is impacting the political climate. A current project I am working involves creating a map of northwest Libya and showing which areas are militia-controlled. For Algeria, Tunisia, and Egypt, I study politics, economy, and security on a broader scale. I write reports on what the general trends are in each country as well as common trends in regions.

The best advice I can give to a recent graduate is to talk to people. Ask people about organizations, internships, and fellowships they have heard of. This helped me find my way because it gave me a more tangible understanding of what kinds of jobs exist for International Affairs majors. Prepare questions for discussions you may have with people at any time. The job I now have at the Atlantic Council was not posted online; I found it through networking and conversations. Also, consider opportunities that come your way and expect that your interests may change as you gain experience and education. Even if the position isn’t the perfect fit or your ideal organization, learn and grow from the opportunity.

Lastly, I encourage you to never give up. I submitted well over forty applications last summer. Amidst the rejection letters and lack of replies, I received one interview request and one offer. I ended up with a short internship in a highly competitive city, and it was a chance for me to get my foot in the door. My journey in the professional world of International Affairs is just beginning and I look forward to what is to come.