Returning to Campus to Educate on Refugees 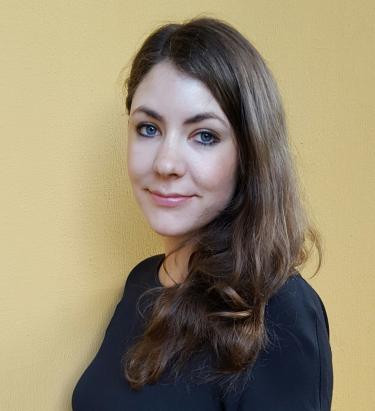 CU Boulder recently welcomed back to campus an IAFS alum to share her perspective on the refugee crisis worldwide. Kelly Bendelow (IAFS ’08), an Associate Field Officer at the United Nations High Commissioner for Refugees (UNHCR), offered insights from her seven years of experience stationed in Switzerland, Ecuador, and most recently, Lebanon.

The talk, Rethinking Refugees: Comparative Humanitarianism, was presented on November 15 by the International Affairs Honors Society, Sigma Iota Rho, and the Dennis Small Cultural Center. Bendelow spoke about different approaches to helping refugees, including long-term solutions and the involvement of non-governmental organizations. Because of her field position, she was able to relate stories of people she met who created their own businesses even where resources were scarce, such as one man who created his own recycling business.

Bendelow said the level of discussion and interest among students at the talk was very encouraging. She hopes that “some of the students will find ways to be engaged with refugees in their local communities, as this kind of work isn’t only about fieldwork or working in exciting locations – there is a lot that can be done at home.”

Sigma Iota Rho President Bre Bailey (IAFS ‘17) was inspired to hear how Bendelow spent time with families while working in Quito, Ecuador. “Her job allowed her to interview an entire family, see if they met a relocating state’s criteria, and evaluate their need to be moved to another country,” says Bailey.

Bendelow also paid a visit to Dr. Doug Snyder’s International Affairs class on humanitarianism. There, she spoke to the class about her recent work with Syrian refugees in Lebanon, as well as the cash allotment program she helped initiate, which allows money to be delivered directly to Syrian refugee families.

Having only a few days in between assignments, Bendelow had to say her farewells to CU Boulder once again before heading back overseas. Excited about her next career adventure, Bendelow shares: “My next post with UNHCR will be in the Dolo Ado/Melkadida camps in southern Ethiopia on the Somali border; working on a range of issues aiming to improve living conditions, self-sufficiency, and ultimately, a durable solution such as voluntary return, local integration, or resettlement to a third country.”