The Stearns Award was initiated in 1953, the year of the resignation of Robert L. Stearns (A&S’14) as the sixth president of the University. He had presided over CU since 1939. The award recognizes members of the faculty and staff for extraordinary achievement or service in any one or combination of the following areas: teaching, service to the University, work with students, research or off-campus service. Award winners receive a medal. 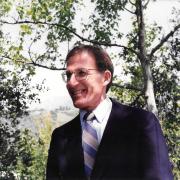 Dennis Eckart’s CU students — thousands of them — thrived on his lively classroom presentations. Lecture after lecture, the political science professor, now retired, captivated students, speaking without notes while brandishing rolled-up papers amid his oration. He paced — “practically on tiptoe,” a former student recalls — stopping periodically to rest his foot on a chair and gaze into students’ eyes. “Sometimes it felt like he could peer right into our souls,” another former student said. Dennis, who taught a variety of courses, such as urban politics and public policy, strongly encouraged critical thinking, a nurturing environment and positive dialogue. Some of his phrases — known as “Eckartisms” — remain with former students to this day, including, “It’s not the space that makes the place, it’s the people that make the place” and “Ask the next logical question.” “The joyful way in which he engaged with his students contributed to my eventual decision to go into teaching myself,” said another fan. Many of his colleagues seek him out for advice on how to improve their own teaching methods. Over the years, beginning in 1977, Dennis won a number of campus teaching awards. He cared deeply about students’ successes long after their graduation from CU and has remaimed in touch with many of them over the years. He retired from CU Boulder in 2005 after 35 years of teaching. In 2016, an office in Ketchum was named in his honor. Said a former graduate student, now a UC Davis professor: “Dennis Eckart was the most dedicated teacher I have known in my 40 years of teaching." 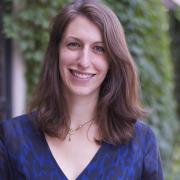 As CU Boulder’s associate director of international recruitment and outreach, Natalie Koster brings the world to CU. When she started working in the CU Boulder Office of Admissions in 2010, the university was home to just over 1,200 international students. Thanks to her leadership and initiative, that number has increased to above 3,000 students from over 100 countries. A fierce advocate for increasing the diversity and representation of international students on campus, Natalie works to promote global student mobility and access to higher education. She works alongside her team to provide equitable access and policies to international students who apply for study at CU. “On a daily basis, Natalie’s considerable vision, leadership and management contribute to CU Boulder’s international reputation as a world-class university,” said a CU colleague. “Her contributions to campus-wide diversity awareness and promoting internationalization will undoubtedly have a long-lasting impact on our community, and are even more important and significant today than when she first stepped into her role years ago.” Natalie serves on the Council of International School’s Higher Education Committee and within that volunteer role directs and leads highly visible university recruitment tours around Europe and the Middle East – trips that connect her with students who she supports with their desire to internationalize their academic endeavors at CU Boulder. “The relationships that Natalie has cultivated and the practices she has developed have positioned CU Boulder as an exemplar institution among public universities involved in international student engagement,” said another colleague. “Her collaborative spirit and commitment to service inspires similar qualities in others.” 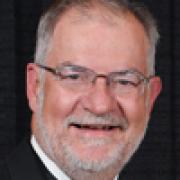 The college now ranks among the nation’s top 20 public engineering programs, its loftiest perch yet.

He oversaw a doubling of the percentage of underrepresented minorities among CU engineering students, to 20 percent, and nearly doubled the percentage of women, to 32 percent — while growing total enrollment by 74 percent and raising admissions standards.

Meanwhile, Rob, who stepped down at the end of last year, led the once cash-strapped college to financial security and enabled both an expansion of research activity and a doubling of annual research funding, to $74 million.

As one colleague put it, Rob “changed the very nature and trajectory of our college.”

Other numbers testify to his extraordinary service. Here’s one more: 220. That’s the number of student researchers, from undergraduates through postdocs, that Rob has personally mentored — a practice he continued while running CU Boulder’s second biggest college.

“He’s the only dean I know,” said another colleague, “who’s offered to babysit while working in his office.” 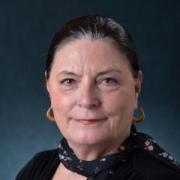 Kathy Escamilla has dedicated three decades to studying, educating and advocating for America’s bilingual students, and today ranks among the nation’s foremost scholars of bilingual education.

“Her work has led to shifts in the way teachers view the potential of their students and the value of knowing how to read and write in two languages,” said a school principal familiar with her work.

A CU professor of education since 1998, Kathy is especially interested in the development of bilingualism and biliteracy in the early elementary grades for Spanish-speaking minority populations in U.S. schools.

Eschewing traditional reading approaches for bilingual students, she focuses on the cultural and linguistic resources available to each child and evaluates them on their progress in both languages to better help them develop reading and writing skills in each.

Kathy is no ivory-tower dreamer: She takes pains to help apply her academic research findings in the real world. In 2004, she helped conceive the Literacy Squared initiative for advancing biliteracy programs for emerging bilingual students in U.S. schools, for example. She’s also advised the Colorado Department of Education and its Office of Civil Rights.

Kathy’s students at CU applaud her for fostering a sense of community in classes and addressing topics that are relevant, significant and sometimes controversial.

“I will consider myself to be a successful scholar, friend, mentor and human being if I can live up to even half of what Dr. Escamilla has meant to her students, colleagues, friends and family.” 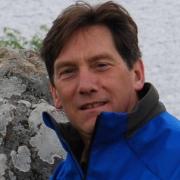 Jim White is a trailblazing research scientist who couples deep expertise with broad interests and further distinguishes himself as an amiable colleague, first-rate administrator, generous mentor and gifted teacher — a serious man of science who leavens his lectures with humor, promotes discussion and listens as well as enlightens.

As director of the Institute of Artic and Alpine Research (INSTAAR) and professor of geological sciences and environmental studies, Jim is a hugely prominent figure in the study of Earth and its environment. His scholarship has (for example) deepened our understanding of the global carbon cycle, reconstructed ancient environments and illuminated the degree to which plants can absorb atmospheric carbon dioxide.

A solid citizen of CU Boulder, he launched the Environmental Studies Program, has guided faculty searches inside the sciences and out and earned a reputation for sound judgment and cool-headedness. He also led development of the campus’ new Sustainability, Energy and Environment Complex.

“He is the faculty member we should all aspire to be,” one colleague said.

Despite Jim’s exalted stature among researchers, he routinely teaches undergraduate courses, including “Introduction to Environmental Studies,” and speaks at middle and high schools, public libraries and retirement homes.

“In the midst of the hard work and sobering science of climate change research,” said a former student, “his positive attitude and easy laugh reminded me that it is also fun to be able to learn something new about the natural world.”

Jim believes some questions may lie beyond the grasp of science. He’s active in his church and in the Lutheran Campus Ministry — an “encouraging,” “approachable” and “humane” person who happens to be “one of the brightest researchers around.”