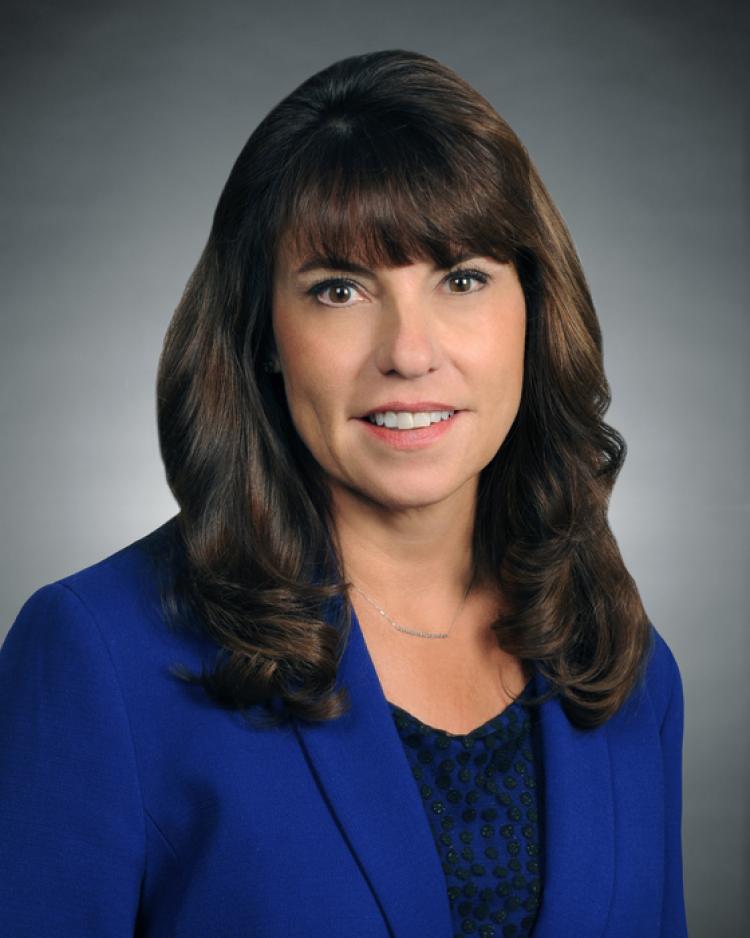 Kathryn Tobey had pictured herself in the petrochemical industry.

With oil prices slumping as commencement neared in 1984, the CU chemical engineering major pivoted to aerospace, an industry her father had been a part of for over 30 years. Her challenge was to convince Martin Marietta, now Lockheed Martin, to hire her — as a software engineer.

From the start, Kathy was an anomaly — a chemical engineer at an aerospace firm and a woman in a male-dominated field. She has helped break the mold for high-level aerospace and defense leaders.

“Kathy stands as a shining role model for all others,” said a fellow aerospace executive.

Today Kathy is vice president and general manager of Lockheed Martin Special Programs Line of Business. She oversees a broad portfolio of technologies and programs with national security applications.

A stalwart and continuous CU supporter and a vigorous advocate for women in STEM careers, Kathy serves as co-chair of the engineering college’s Broadening Opportunities for Leadership Diversity (BOLD) Center, on the dean’s advisory committee and as the Lockheed Martin University Executive. She is a trustee for the Women’s Foundation of Colorado.

Kathy’s husband and two sons are Buff alumni and her extended family has earned 13 CU degrees.