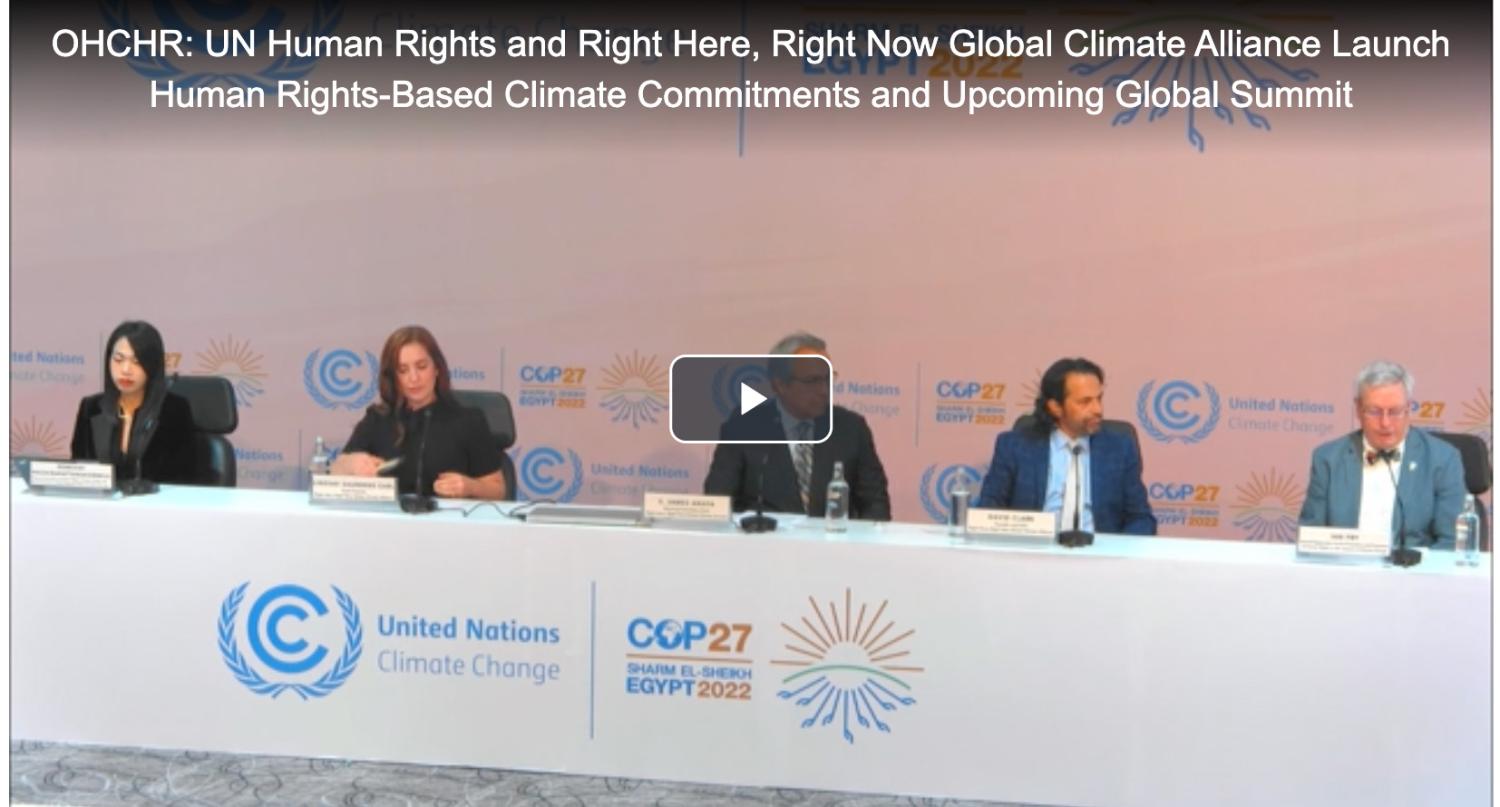 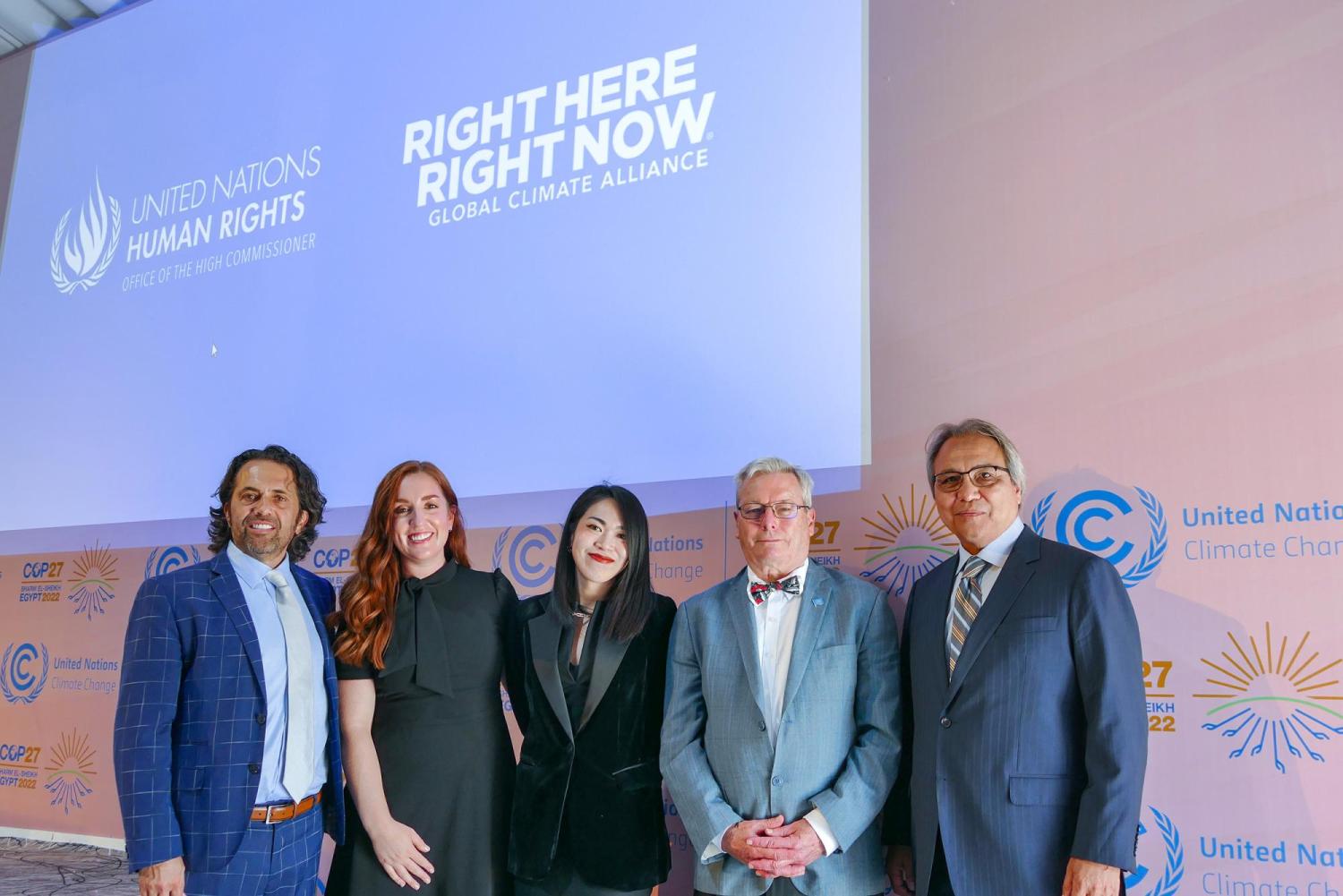 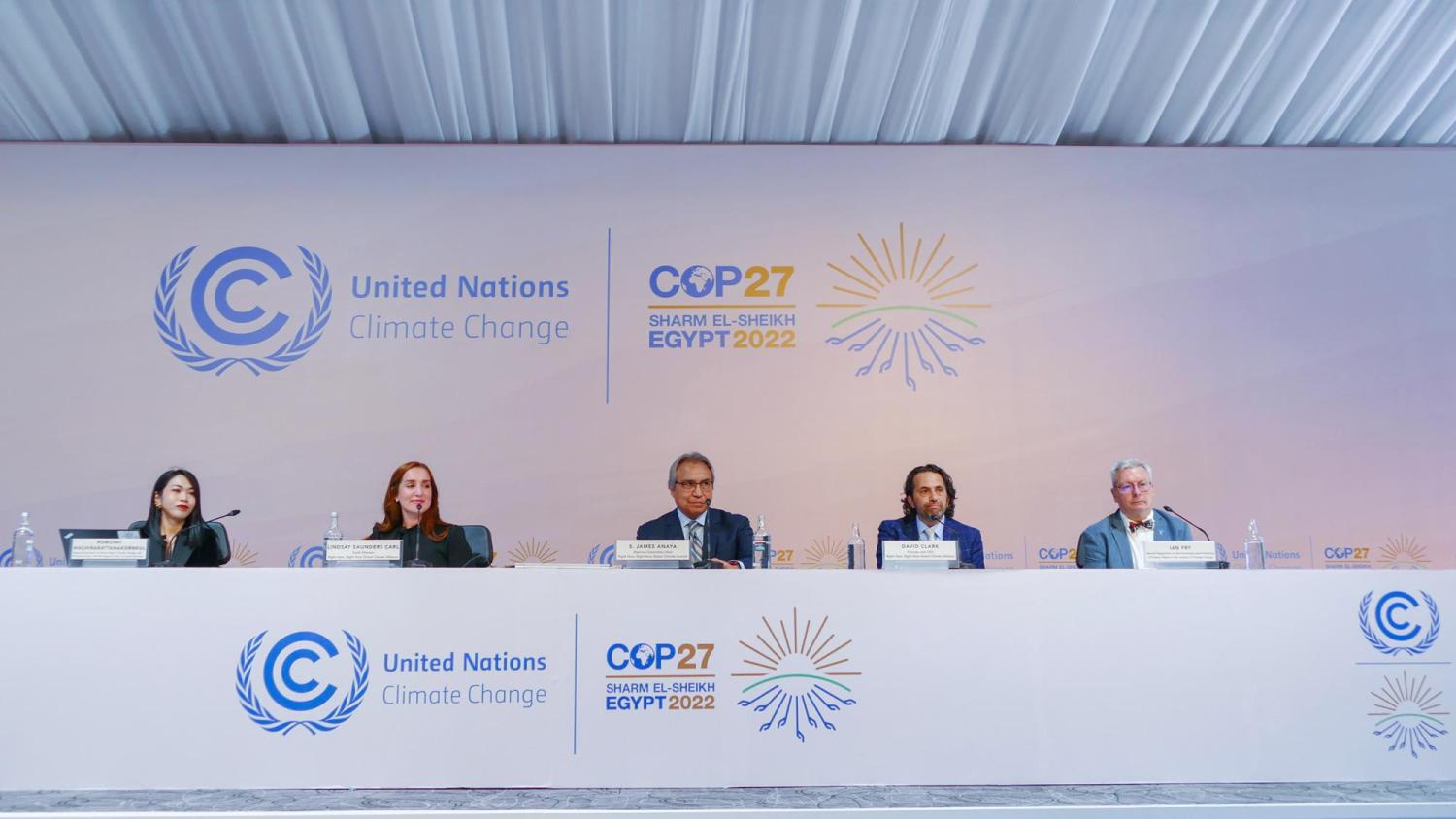 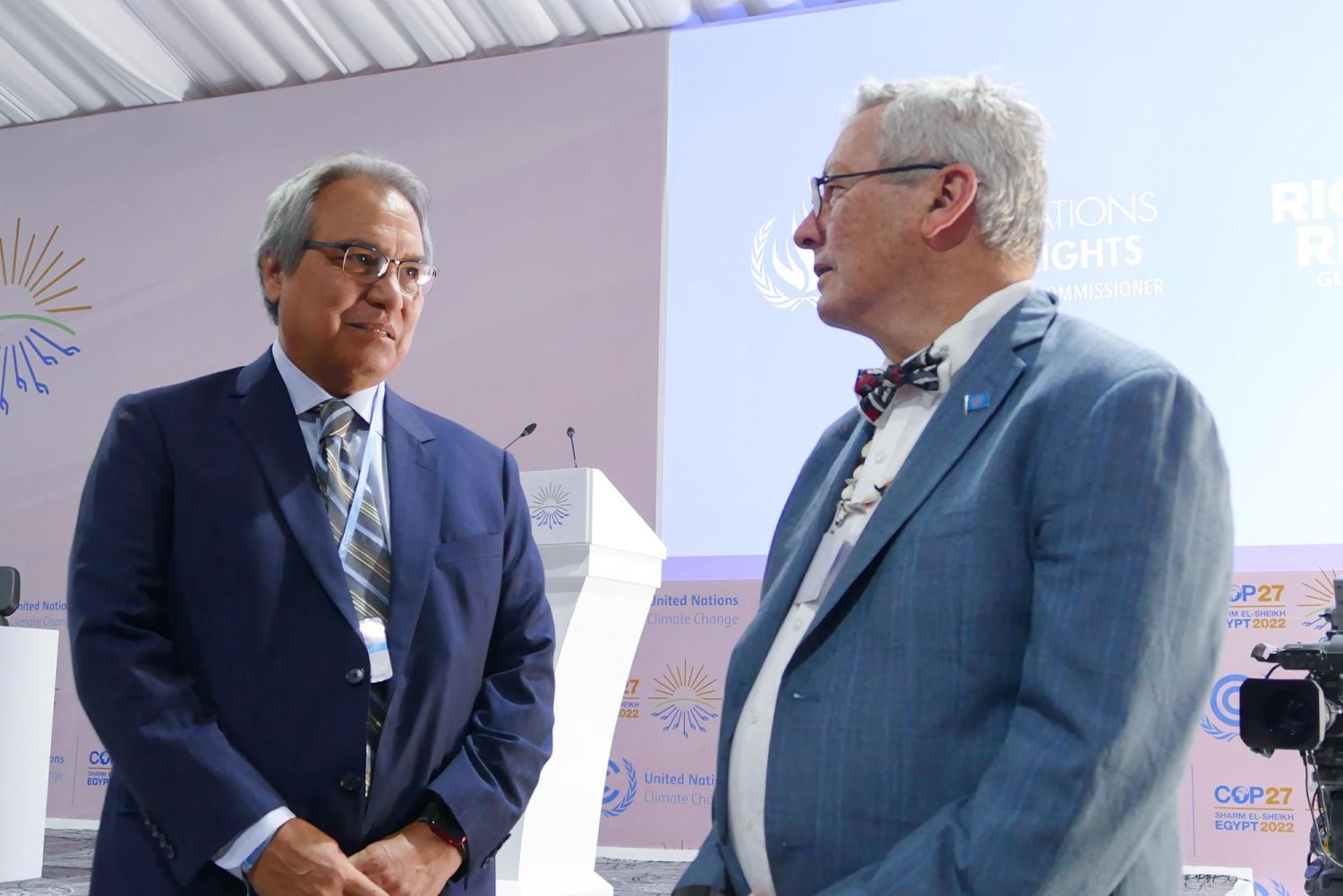 Inspired by the Universal Declaration of Human Rights and other human rights instruments, the first draft of the commitments will be an outcome of the inaugural Right Here, Right Now Global Climate Summit (RHRN) to be held in person and virtually Dec. 1–4 at CU Boulder. The summit will include participation by climate and human rights advocates, including former Irish President Mary Robinson, who also served as UN high commissioner for human rights from 1997 to 2002. Registration is now open and is free.

"UN Human Rights is proud to be the global partner of the Right Here, Right Now Global Climate Alliance––a human rights initiative committed to promoting and advancing the rights of people around the world suffering from the devastating effects of climate change,” said Benjamin Schachter, UN Human Rights team leader for environment and climate change. “Addressing the climate crisis will require a whole-of-society effort. That’s why UN Human Rights is so excited to be a part of the alliance and see its new initiatives develop and grow in the coming years."

David Clark, founder and CEO of the Right Here, Right Now Global Climate Alliance and CEO of David Clark Cause, explained the emphasis on the most vulnerable.

“The United Nations continues to inform the world of the grave statistics showing how women, children, Indigenous peoples, the poor and the marginalized are suffering the most as the climate catastrophe escalates,” Clark said. “The creation of the commitments will provide a unique human rights framework for government and business leaders, human rights advocates, climate experts, universities, and others to kickstart critical action to address climate change and help the people most affected by it.”.

The alliance is working with its global partner, United Nations Human Rights, and CU Boulder to elevate understanding about the human rights crisis that climate change represents and to urgently appeal for more ambitious efforts to address it. The HRCCs will play a key role as an aspirational and prescriptive living document, including specific commitments that governments at all levels, corporations and universities will be urged to make to prevent and minimize the harmful effects of climate change and address their impacts. The commitments will be periodically reviewed and updated to reflect the highest human rights standards and latest scientific information.

“The Human Rights Climate Commitments are based on the human rights framework that establishes specific obligations and responsibilities to respect and protect human rights, including in the context of climate change,” said CU Distinguished Professor S. James Anaya, an expert in international law who is the RHRN summit steering committee chair and the former UN special rapporteur on the rights of Indigenous peoples. “What distinguishes the commitments is that multiple sectors are involved. The threat of climate change to our survival requires a concerted effort by all of us.”

At a news conference announcing the commitments, Ian Fry, special rapporteur on the promotion and protection of human rights in the context of climate change, stressed the importance of other sectors of society taking action.

“The COP process is broken,” Fry said, calling out the United States and other Group of 20, or G-20 countries, for not financially helping poorer countries that are suffering from the impacts of climate change. “Recalcitrant countries like the US continue to undermine the basic human rights affected by climate change. So this is why we need important partnerships like the Right Here Right Now group. We need people to think outside the box who are not bound by autocratic governments like the US. We need collaboration between scientists, educators, cultural and industrial leaders to come together to address climate change. I commend the Right Here Right Now Alliance for its work in bringing us together and bringing together key influencers. Collectively, the alliance represents thousands of educational institutions and other organizations around the globe. We need these institutions to think beyond the bounds of the COP process.”

Anaya painted a picture of what the HRCCs could look like.

“Imagine the impact if national governments across the developed world committed substantial funds for the damages and loss already suffered as a result of climate change, if cities broadly committed to targeted increases in green public transportation to reduce reliance on private vehicles, if business enterprises across sectors committed to science-based carbon emissions reduction targets, and if educational institutions at all levels committed to specific steps to build widespread knowledge about climate change and expertise to address it. These are the kind of proposed specific commitments that will be discussed and put forth at the Boulder summit.”

Anaya noted that multiple stakeholders will develop and revise the commitments, and a preliminary version of the commitments will be announced at the next COP in Dubai.

Since its launch in fall 2021 at COP26, the Right Here, Right Now Global Climate Alliance has already emerged as the largest public-private partnership addressing climate change as a human rights issue, bringing together human rights experts, scientists, corporate leaders, nongovernmental organizations, academics, advocates and people around the globe in the fight for rights-based climate action to preserve a common future. In addition to the Right Here, Right Now Global Climate Summit and the HRCCs, next year the alliance will introduce global initiatives with partners in sports, music, education and technology.

The alliance and upcoming summit has garnered support from celebrities that include Leonardo DiCaprio, Quincy Jones, Celine Dion, Cher, Jeff Bridges and Camila Cabello. The superstar coalition’s Right Here, Right Now COP27 Campaign in support of UN Human Rights aims to collectively reach a milestone of over a half billion people via Twitter, Instagram and Facebook followers.