CU-Boulder uses shares of Anderson Ditch and Smith-Goss Ditch to water 100 percent of the main Boulder campus, and most of the South Research Park and Newton Court. A Toro Network 8000 sprinkler program integrated with a weather station at Franklin Field uses state-of-the-art irrigation controls to apply old-style ditch water in new-style ways; the university is touted by Toro as an exemplar of efficient water use. CU estimates savings of $440,000 a year from using ditch water instead of treated City water.

Check out more "CU Ditch Water by the Numbers" here!

All 50,000 sprinkler heads in the CU system are controlled by radio from a computer. A weather station at Franklin Field constantly updates the computer, which changes water schedules based on temperature, rainfall, wind speed and relative humidity. Ryan Heiland, Thomas Coppens and their irrigation team closely follow weather forecasts, and adjust the Toro 8000 system to pre-water in anticipation of heat waves. This raises soil moisture so plants can better withstand heat stress.

Today, four separate headgates supply CU's irrigation system. The Varsity Pond section starts on College Ave in front of the Colorado Bookstore, and passes under Broadway and over the waterfall next to the Broadway bike path. Ditch water is aerated in a series of drops on its way down to Varsity Pond. The pond holds three days' worth of irrigation water for the main CU campus. 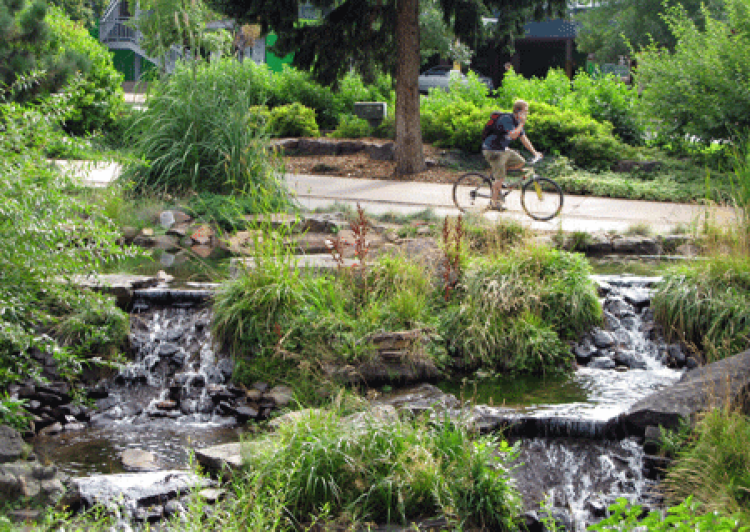