These comments were delivered by Dave Newport, Environmental Center Director, to open the 26th Annual Campus Sustainability Summit on April 18, 2019.

Welcome to to the 26th edition of the CU Campus Sustainability Summit.

Thanks to all for making this happen, yet again. And thank you all for coming. 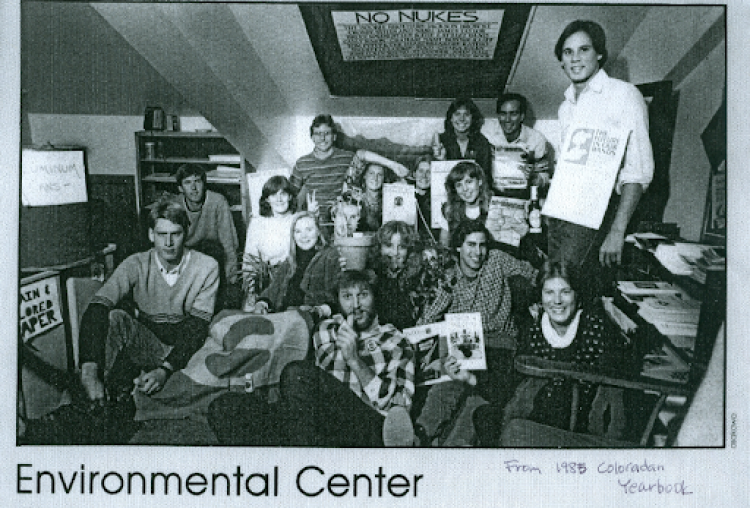 In the fifteen nanoseconds of fame I have left, the concepts of time, place, actions and consequences are increasingly relevant.

I feel a bit like we’re in the late innings of the most important baseball game ever. We’re behind. But as baseball teaches us, the hardest, fastest pitch flies the furthest when the wood properly meets the leather. And our early innings have shown we know how to hit.

But Earth has been spinning around the Sun for around 4.5 billion years--and the human race has only been “civilized” for about 6,000 years.

And our style of so-called civilization has, of late, spawned many pressures on us to divide our team against each other.

At the same time, we have become increasingly aware of the timeline we need to follow if we are to transition to a sustainable, just, and peaceful society. Among other things, this timeline requires us to rapidly combat climate change’s very consequential consequences.

Climate science tells us we must take very significant climate action in the next 10-15 years—or we may have lost the opportunity to avert those very consequential consequences.

Particularly challenging is the reality that while the onset of climate change will impact us all, it is much more impactful on low-income, at risk people.

To create effective alliances in the innings we have left, we must focus on bringing together and working on behalf of all people, the majority populations and the under-represented.

The current state of social and political affairs may not seem encouraging of our ability to build broad alliances. But a quick look at CU’s history reminds us of the many runs CU has scored-- against the prevailing wisdom of their times.

First, from the student section:

We have a great team, we’ve led the league in the early innings, and we have the talent to extend the game, but we need more runs.

As a campus we have committed to combating the climate change crisis by first working inside the sphere of influence the campus has—neutralizing our own carbon emissions.

But in the ten years since that plan was approved by the Board of Regents, the science has improved—and the climate has deteriorated. So, are those ten-year-old goals sufficient? Can we forge new climate leadership paths?

We have proven our capacity for greatness. We have the talent. We have the resources—we live in the richest nation on the planet.

And we have the best ball club: CU Boulder. The historic leader in this space, CU led higher education’s sustainability movement for decades. Our successes have inspired hundreds of other campuses to follow us—but now a few of them have passed us.

CU was the first campus of any kind to achieve a STARS Gold rating. Now a few quality schools have climbed past us to STARS Platinum.

So the most solvable challenge we face now is to align our many formidable assets into the ball club we know we can be.

As we participate in this conference today, we must think about not just what actions to take, but how to bring people together in the process.

Time has reflected well on us; history has taught us we have proven capacity for greatness. But Moore’s Law seemingly informs everything we do now, not just the doubling of semiconductors. Even baseball games are speeding up.

The place in which we live and breathe is inhabited by great people with shared values and formidable talent. We live on the lands of the Ute, Arapaho, and Cheyenne people. But this historic place is under great threat that will not benefit anyone—and impact those with the least, the most. Climate and social injustice does not comport with who we have shown ourselves to be—and is not sustainable going forward. So we must lead through a lens of ecological and social justice.

A team divided against itself cannot win.

Likewise, the individual actions we take, while magnificent, will fall short if the synergies and leverage we need are not matched by the leadership our history has shown we are capable of. Our leaders are every day buffeted by competing needs, priorities, and attitudes. Remaining focused on great challenge that is advancing at a high rate will require new skills even from the best leaders. We must support them.

The consequences of all these actions will define our legacy in short order, for better or not.

The health and wellness of our 6,000-year-old civilization turns on our ability to play the best ball we’ve ever shown over the next 10-20 years.

Our history confirms that we have the capacity to win—when we play as a team.