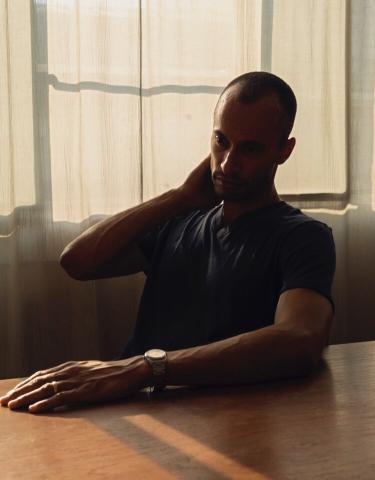 Thomas Chatterton Williams is an author, a nonresident fellow at the American Enterprise Institute, a columnist for Harper’s Magazine, and a contributing writer for The New York Times Magazine.

Known as an American cultural critic, Mr. Williams is the author of two memoirs: “Self-Portrait in Black and White: Unlearning Race” (W. W. Norton & Co, 2019) and “Losing My Cool: How a Father’s Love and 15,000 Books Beat Hip-Hop Culture” (Penguin Press, 2010). An op-ed titled “Yes, Blame Hip-Hop,” written for The Washington Post during graduate school in 2007, led Mr. Williams to write his first book, “Losing My Cool.” Mr. Williams’ second book, “Self Portrait in Black and White,” begins with his 2015 essay titled “Black and Blue and Blond,” which was included in “The Best American Essays 2016” anthology.

At AEI, Mr. Williams will pursue his next book project — an exploration of the sources of illiberalism on the Left and Right — and work to build “a future in which the center left and right find common cause in the defense of liberal values and opposition to the polarization and extremism that is plaguing the nation’s political and cultural life.”

In 2020, Mr. Williams helped write and organize “A Letter on Justice and Open Debate.” This open letter, published in Harper’s Magazine and reprinted in newspapers around the world, defended free speech at a time of growing censorship and was signed by 153 leading public figures.

A writer since 2008, Mr. Williams’ work has appeared in Le Monde, Liberties: A New Journal of Culture and Politics, the London Review of Books, The Atlantic, The New Yorker, The Wall Street Journal, The Washington Post, and many other publications, in addition to his writings for Harper’s and The New York Times Magazine.

Mr. Williams was awarded the Berlin Prize by the American Academy in Berlin in fall 2017. He was recognized for his work in nonfiction and journalism, and while in Berlin, he used his personal narrative to illustrate a powerful argument against the way race is defined in the United States. He has since become a trustee of the American Academy.

Mr. Williams has an MA in cultural reporting and criticism from New York University and a BA in philosophy from Georgetown University.